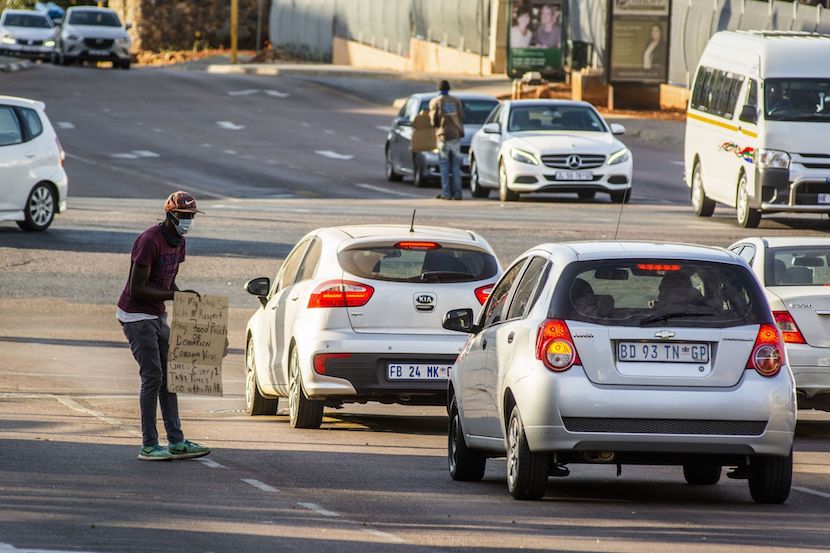 10x Investments founder Steven Nathan joins Alec Hogg to talk on a number of topical political and investment matters. The unemployment rate, which rose by 1.8% to 34.4%, surged to the highest on a global list of 82 countries monitored by Bloomberg. The expanded definition, which includes discouraged workers, rose to a staggering 44.4%. Nathan outlines the dire need for the ruling party to implement reforms in order to overturn this crisis. The Naspers and Prosus share buybacks, which have eroded more than R20bn in shareholder value, was also one of the main talking points – with Nathan stating that buybacks are often a corporate action fraught with conflicts of interests for a number of reasons. Lastly, the sad situation taking place in Afghanistan is discussed. – Justin Rowe-Roberts

Steven Nathan on the unemployment figures:

It’s terrible, it’s almost incomprehensible that we can still increase our unemployment rate, given that we probably have the highest unemployment rate – certainly would be in the top 5% or 10% globally of even destitute countries. As I say, it’s almost incomprehensible for us to understand. What does it mean that 35% of people are unemployed? There’s a broader definition where people are just disillusioned, so they’ve given up looking for a job. And when you look at the broader definition, that’s over 40%. This is a crisis and this is a crisis that unless it is addressed, we’re going to risk the economy, the social stability, the very fabric of South Africa. This is the one statistic that government should focus on as a top three priority. They should have a plan to reduce unemployment. And unfortunately, if you look at South Africa – where employment has been created, it’s really been in the government and in the parastatal sector. So if we look at what’s happened, obviously with Covid a lot of private sector jobs have been lost. But what we’re not seeing is governments cutting at all. If you look at it from a private sector perspective, if you had to strip out how many people government employ, I’d hate to see what this number would do, but it would go much higher than 34% if you look at the private sector – because the government quite simply is crowding out the private sector.

On the value destruction by Naspers management on the share buybacks:

In general with a company, it’s always difficult or risky when the company themselves takes a view on the share price, because the company is emotionally attached to it. And so in a way, they should know more because they all insiders. So they should have a bit of insight into the company, without a doubt. But on the other hand, they are also too close to the action and may be emotionally invested in that. So it’s quite a difficult action to take. For me what it shows with Naspers is that the company has traded at an enormous discount for several years. Management’s actions have not added shareholder value. In fact, they’ve done the opposite. They’ve continued to try and financially reengineer, listing with Prosus – trying to narrow the discount through an offshore listing, trying to narrow it through share buybacks. And it hasn’t worked. And as you say, they’ve been incredibly handsomely rewarded and they haven’t added any value. And unfortunately, they’ve been paid very handsomely and they’re probably not going to suffer nearly as much as shareholders will suffer who don’t get these outrageous bonuses. So it is a very sad situation to see.

On Beijing’s attack of capitalist China:

It’s fascinating on a global scale to see the stance that the Chinese – and we call them what they call the Communist Party are certainly acting up to their name as a Communist Party and their policy of far more inclusive growth. It’s quite incredible to see the heavy handed manner that they are doing it in. And it’s very concerning because you’ve got these wonderful companies that have uplifted Chinese lives in many, many ways.