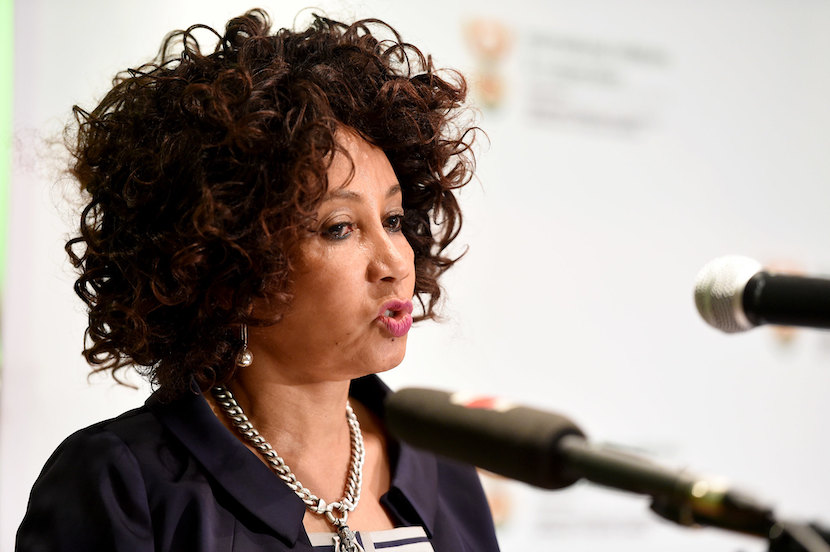 Any reader of the world’s most influential business publication, the Financial Times, can be forgiven for believing South Africa’s ‘dream deferred’ could, within 12 months, become a recurring nightmare. Quoting respected local political analysts, legal watchdogs and the Helen Suzman Foundation, the Financial Times paints a picture of a ruling party in disarray, out of touch with its populace and the country’s last uncaptured bastion, the judiciary, under threat. Yet again, front and centre is Lindiwe Sisulu, whose calculated early head-to-head with President Cyril Ramaphosa has garnered her probably the most attention ever in her nearly 28 years of cabinet postings. No such thing as negative publicity? Well, it depends on who’s watching … and you can be certain the majority of SA’s dispossessed and marginalised are. I can’t help but think, if yesterday’s eloquent argument in support of Sisulu (regardless of her much-maligned ‘struggle royalty’ status) holds true, we may be in for a very rough ride indeed. – Chris Bateman

Walter and Albertina Sisulu’s reputation as titans of the African National Congress’s fight against apartheid is set in stone. For many South Africans, their daughter Lindiwe Sisulu is seen as ‘struggle royalty’.

So the tourism minister’s description this month of South Africa’s rule of law as a colonial construct and black judges as “mentally colonised Africans … happy to lick the spittle of those who falsely claim superiority” rattled many in the ANC.

The rambling attack in a series of articles made clear how Africa’s most independent judiciary and one of the world’s most progressive constitutions have become political targets in the battle to wrest control of the ANC from President Cyril Ramaphosa.

Deepening the rift with Ramaphosa, Sisulu last week doubled down on her comments. She rejected the president’s statement that she had apologised for and retracted her comments and accused his office of “deliberate misrepresentation”.

Sisulu’s attacks have been widely seen as the first challenge to Ramaphosa’s bid for re-election as ANC leader. A leadership vote is scheduled for December, ahead of nationwide elections in 2024.

Even if Sisulu is unlikely to garner enough support to become the next leader of the ANC, the fact that she is the face of the recent attacks is particularly damaging for Ramaphosa, said Ralph Mathekga, an independent political analyst. Sisulu, a lawmaker since 1994, has not faced any allegations of corruption and has no obvious axe to grind against the judiciary. “She represents the ANC royal family, and at this point, the soul of the ANC is up for grabs,” said Mathekga.

Sisulu has moved closer to supporters of Jacob Zuma, the ex-president and Ramaphosa’s foe in a struggle against systemic corruption in the party. Sisulu’s excoriation of judges appeared calculated to win over Zuma’s supporters from Ramaphosa, who wants to renew the party and move on from the graft of the Zuma era.

Sisulu did not single out Ramaphosa, who helped to draft the Constitution in the 1990s, but the thrust of her attack on “political power brokers … whose job is to keep the masses quiet in their sufferance while they dine [on] caviar with colonised capital” is understood to be aimed at Ramaphosa because of his background as a businessman.

Sisulu’s salvo “is very much an attempt at political posturing” ahead of the leadership contest, but it also “falls into a context of escalating attacks on the judiciary”, said Nicole Fritz, executive director of the Helen Suzman Foundation, a legal watchdog.

These attacks reached a new intensity last year before South Africa’s Constitutional Court imprisoned Zuma for defying its orders to attend an enquiry into corruption under his rule. He dismissed the court as “a few lawless judges” and talked about an uprising against “judicial corruption”. More than 300 people were killed in the unrest that followed his jailing, the country’s worst-ever post-apartheid violence.

Sisulu’s attack follows the release of the first of three reports by judicial inquiry, a fact Fritz believes is not a coincidence. It suggested prosecutors investigate Zuma acolytes for alleged looting. Other cases could fuel further judicial attacks.

Ace Magashule, a Zuma ally who was forced to step aside as the party’s secretary-general last year over a corruption investigation, will also go on trial next month. He denies the charges, which relate to corruption, fraud and money laundering in relation to a government contract when he was Free State premier. The former president himself is appealing against a court order to return to jail after it ruled that he was wrongly paroled.

“They are trying to discredit the judiciary even before it starts. That may be the most important thing; forestalling prosecutions,” said William Gumede, chair of Democracy Works, a civic foundation. Unlike the police and prosecution service, which have been undermined by Zuma’s rule, the judiciary has maintained its independence, he said. “This is just the beginning of more attacks to come.”

Even constitutional safeguards against political interference in the judicial appointments have come under attack. The most important current vacancy is chief justice. Four nominees including acting chief justice Raymond Zondo, who rebuffed Sisulu’s attack as “rich in insult but very poor in substantiation”, will be interviewed by a cross-party commission next month. But the commission to select top judges has increasingly become an occasion for political grandstanding, Fritz said.

Even if Ramaphosa secures a second term, the pressure is rising on the ANC. In local elections last year, the ANC’s share of the vote fell below half for the first time. As the party’s collapse accelerates, the attacks on institutions such as the rule of law that are critical to South Africa’s post-apartheid and post-ANC future are even more frustrating, Gumede said.

“They [ the ANC] are not really in control anymore,” he said. “The party doesn’t realise it, and that is a fundamental problem. The majority of the ANC leadership does not realise that the country has moved on.”

At stake is not just the judiciary’s ability to stand up to Zuma but also to oblige the ANC government to fulfil neglected promises such as the provision of HIV drugs and housing. The courts represent “the image we have wanted for ourselves as a country of principle”, Fritz said. “That our political discourse should be so far from that is of concern.”