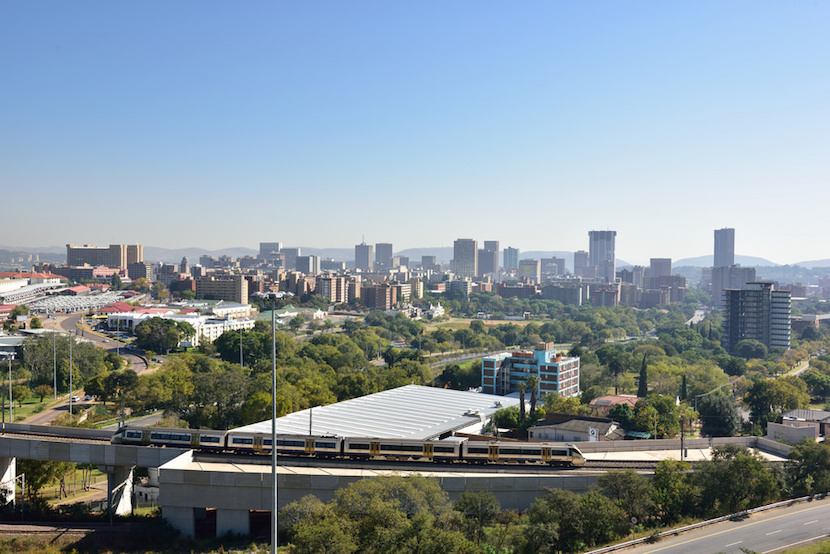 The Democratic Alliance is continuing to haemorrhage to ActionSA; another high-ranking DA leader in Gauteng announced this week he is walking over to ActionSA. Michael Shackleton – who is the DA’s Tshwane deputy chairperson and a former member of the National Assembly – said he was leaving because the party had lost touch with its grassroots. His resignation comes a month after the defection of DA council member, Alderman Hannes Coetzee who also quit the DA for ActionSA and is hoping to retain his seat in a by-election to be held on 4 May in Ward 96 in Tshwane. Veteran Parliamentary reporter Donwald Pressly writes that the odds favour ActionSA to win the by-election because of the Rooiwal sewage plant situated in the ward. The DA city government is blamed for the stench coming from it after it awarded its upgrade to a black empowerment company, which failed to address the plant leaking into the Apies River. – Linda van Tilburg

A municipal by-election on Wednesday has pitted opposition party titans – one led by a new- entrant on the political landscape who styles himself as a black Donald Trump and the other the Leader of the Official Opposition John Steenhuisen – in an aggressive proxy battle against the ruling African National Congress.

The Tshwane by-election, in a peri-urban ward of the administrative capital of Pretoria on May 4, comes just as the new ActionSA had rocketed its previously untested support to a significant vote share in Metropolitan governments in last November’s Municipal poll.

DA MP Cilliers Brink plays down the threat from ActionSA. Having been a canvasser himself he says ActionSA will be lucky to get 15 percent of the vote, far off any prediction of an ActionSA win.

The by-election is being held after its incumbent councillor – Alderman Hannes Coetzee – resigned his DA seat and announced he was crossing the floor to ActionSA. He has since been announced as the ActionSA candidate.

The cards appear to be stacked in favour of Alderman Coetzee retaining the seat for the new party against his former political home – taking ActionSA well up from the 11 percent it got in the ward in 2021.  ActionSA’s national chairman Mike Beaumont – himself a former DA party worker – says canvassing figures from the ward indicate the DA and ActionSA were “neck-and-neck”. While a win would be first prize for ActionSA, coming a good second would be evidence enough that it is on the rise.

The by-election is viewed a potential political watershed if ActionSA wins the ward and could give an indication how the multi-racial electorate in South Africa are putting their voting feet – and how they could do so in the national election in 2024. The strength of opposition parties collectively could see the liberation party, the ANC, lose its over-50 percent average in national elections. Significantly the ANC dropped below 50 percent in the general municipal poll last year for the first time since democracy in 1994.

Owing to the old apartheid Population Registration Act, the area has remained largely an Afrikaans-speaking white area, long after apartheid ended. Only one area polling district in this particular ward has previously shown strength among black African voters for the national governing ANC. This vote could go now to another opposition party, the radical socialist Economic Freedom Fighters.

The odds favour ActionSA because Pretoria’s sewerage plant is located in the ward. The DA put it out the repairs to tender which was given to a black-empowered company that failed to stem the poop leak into the Apies river from the Rooiwal  treatment plant, which runs through the ward. The acrid-smell is now blamed on the DA-led city government and sparked the resignation of Coetzee from the local ruling party. He is credited with saying he could not get things done through the DA.

Beaumont said the offending water rendered property sales in the area almost impossible. He believes voters will blame this on the DA-led Tshwane city government. The water was also unusable.

Mashaba defended his support for ex-US President Donald Trump while he was still Johannesburg’s mayor. Like Trump, his support was based on allowing the free market to work and to reduce the reach of the state. His position on emigration was also similar to Trump’s. Only those who achieved the right number of points for ability should be allowed in from outside.

As Mayor, Mashaba came under SA media attack when he spoke out about illegal foreigners during outbreaks of xenophobic violence against immigrants from other African states. His stance put him in alliance with Trump, who had referred to “s…t-hole” countries in Africa. Many locals see foreigners stealing their jobs – especially in the service sector – and relate to Mashaba’s message.

Millions of people have illegally entered SA from the rest of Africa. Many Zimbabweans, Malawians, Mozambicans and Zambians have fled across South Africa’s porous borders. Some have lived in SA for decades but have failed to get permanent residence status. Special refugee status for Zimbabweans is expected to lapse by the end of the year.

The DA – which may still win because it is the incumbent government – candidate in the by-election is Ge’ Breytenbach, a local businessman. He is a sitting proportional list municipal councillor in Tshwane. When the ActionSA candidate, Coetzee, left the DA earlier this year, after serving since 2011 as a DA councillor, he cited his failure to deliver a resolution to the Rooiwal wastewater treatment plant matter.

Five other parties are standing: the FF Plus, ANC, ACDP, Cope and the EFF – apart from the DA and ActionSA.