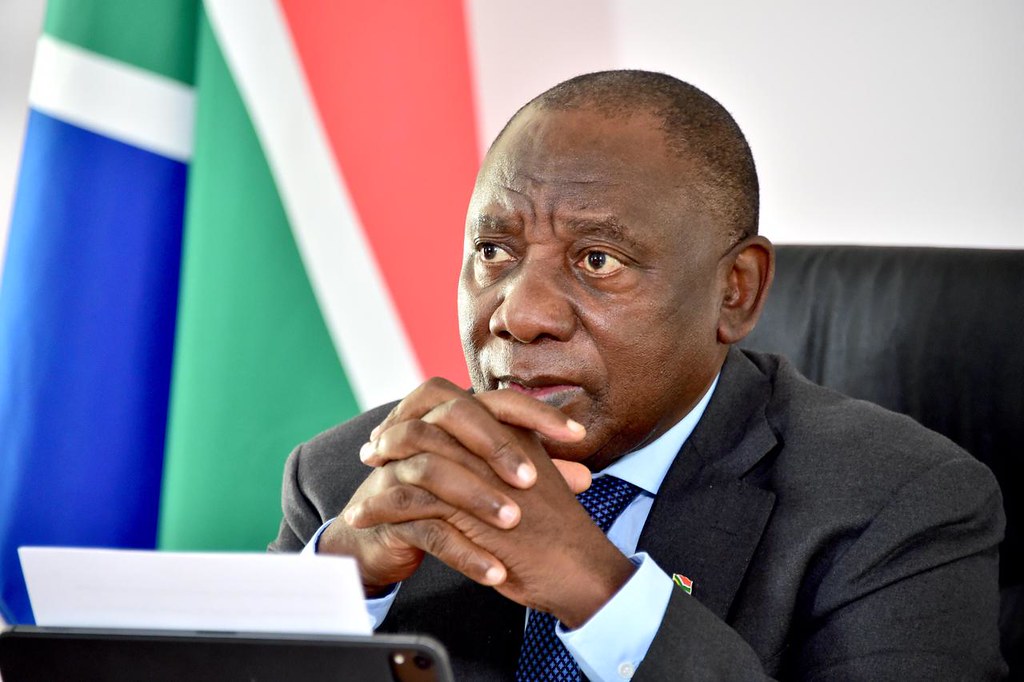 President Cyril Ramaphosa was reportedly willing to throw in the towel following Wednesday evening’s release of the independent panel report, but his allies have sought to persuade him otherwise. This is according to Bloomberg in the piece below. His allies are placing emphasis on the fact that the panel’s recommendation that he “may have committed” serious violations and serious misconduct, remain purely that: a recommendation and nothing more. There’s substance to that argument. It was, after all, merely a preliminary enquiry of the facts placed before it. Importantly, the panel did not have the powers to subpoena any witnesses or test the validity of the information presented to it. The panel even made the point that: “We believe the truth of what really happened lies beneath the unanswered questions that are foreshadowed by what we are told from the information placed before us. We neither have the tools nor the power to excavate beneath the information that we have been provided with to uncover the answers to the unanswered questions.” And there are enough unanswered questions to stretch from Phala Phala to Nkandla. This is where the role and purpose of the independent panel must be understood. It is only, as Adv Paul Hoffman told me on Thursday, a filter to stop “bullshit” impeachment proceedings from being instituted on a whim against a president. If it finds there is a case to answer to, as it has on this occasion, it is then up to our lawmakers to vote on whether or not to establish a more substantial impeachment inquiry – which has all the requisite powers to interrogate the allegations and information. To get to that next step in the parliamentary process, 50% plus one of MPs must support that motion. If that succeeds, a Section 194 inquiry is then established. Ultimately, to impeach a head of state requires a two-thirds majority, a very tall order considering the ANC controls about 57% of parliamentary seats. It all depends on whether or not he has sufficient support within his party’s National Executive Committee (NEC). It is this structure – the highest decision-making body of the ANC – that will dictate whether or not to support and defend him, or send him packing. The other option is that he sees the writing on the wall and falls on his sword. But he can also fight it. The impeachment process can take months, even years, and it is this that political pundits believe he’d do anything to avoid. It’s brutal, invasive, and potentially highly damaging to brand Ramaphosa – the man leading the so-called #renew22 campaign – and by extension, brand ANC. This whole saga is playing out to the soundtrack of The Clash and I can’t help humming it as South Africa holds its breath for what is to come.

“Darling you’ve got to let me know. Should I stay or should I go? If you say that you are mine. I’ll be here till the end of time.” – Michael Appel

South African President Cyril Ramaphosa’s allies closed ranks behind him as the governing party’s top leaders prepared to discuss his fate over an independent panel’s findings that there may be grounds for his impeachment. The rand rallied and government bond yields fell.

Key supporters met on Thursday night to hammer out a plan to keep Ramaphosa from resigning over the panel’s findings in its probe of a robbery at his game farm in which the president said $580,000 hidden in a sofa was stolen. Despite the findings that Ramaphosa had a case to answer, there was no indication that he abused public funds, which should count in his favor, according to two of those who attended the meeting and spoke on condition of anonymity because they aren’t authorized to comment.

Finance Minister Enoch Godongwana said on Friday that there was a 10% chance of Ramaphosa leaving office. Those comments came after Mineral Resources and Energy Minister Gwede Mantashe, the chairman of the governing African National Congress, said it would be premature for Ramaphosa to resign.

“He is more popular than the party,” Godongwana said in an interview with Bloomberg TV. “My prayer for now is that he remains.”

The rand surged as much as 1.8% after Godongwana spoke, and traded 1.7% stronger at 17.3615 per dollar by 11:54 a.m. In Johannesburg. It’s wiped out more than half of its decline following publication of the panel’s report on Wednesday. Government bonds also rallied, with the benchmark 10-year yield dropping 34 basis points to 11.20%.

Investor concern that Ramaphosa might step down over the scandal triggered the rand’s worst one-day loss since May and the biggest selloff of government bonds since 2015 on Thursday.

Dozens of African National Congress officials who sit on the party’s National Executive Committee are scheduled to begin meeting at 2 p.m. on the outskirts of Johannesburg. Their discussions are expected to continue into the weekend and the outcome of their deliberations may only be announced on Sunday evening.

Under the constitution, Ramaphosa’s deputy, David Mabuza, would be first in line to succeed him should he vacate his post. That eventuality has also galvanized the incumbent’s backers because Mabuza isn’t an acceptable alternative to any of the ANC’s main factions, said the people who attended Thursday night’s meeting. Ramaphosa’s detractors also haven’t come up with another feasible candidate to field as ANC leader when the party holds internal elections later this month, they said.

The president has been engaging a broad range of people on what steps he should take, his spokesman Vincent Magwenya said in a televised briefing on Thursday. Any decision Ramaphosa takes will be in the best interests of the country and won’t be rushed, he said.

“All options are on the table,” Magwenya said. “He is not panicking, that I can assure you.”

With assistance from Robert Brand, Francine Lacqua and Colleen Goko.