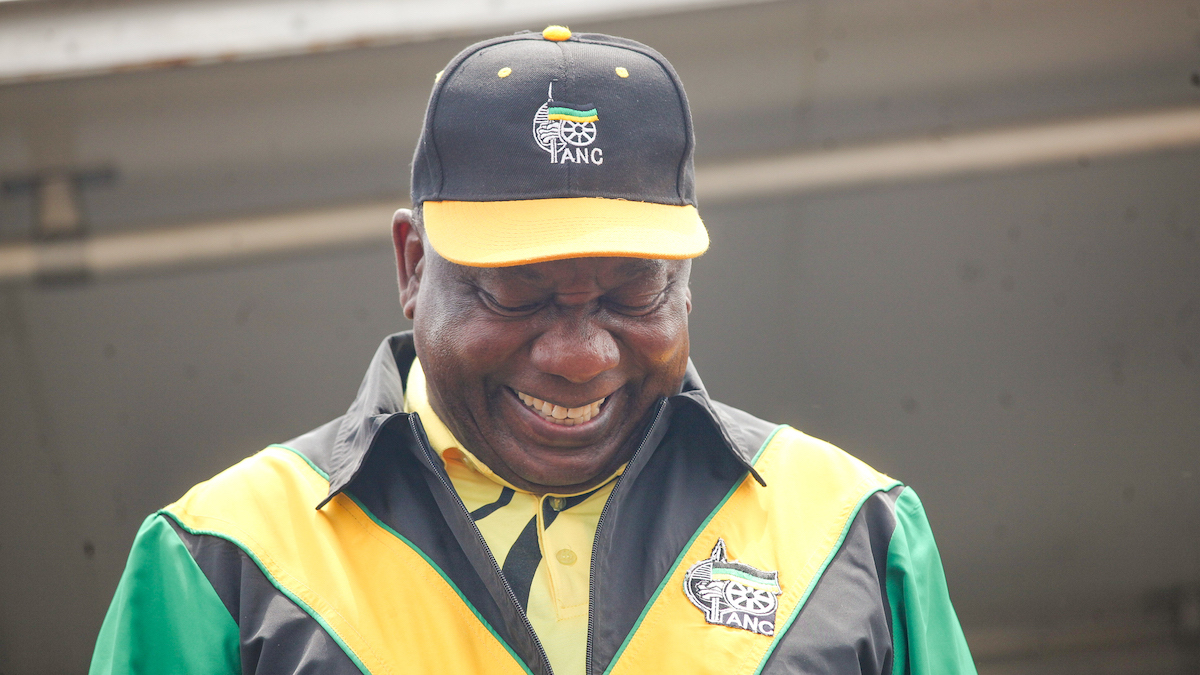 Cyril Ramaphosa looks set to remain at the helm of the ANC, following the official announcement of consolidated nominations for the top six positions.

The incumbent president received 2,037 nominations from branches across the country. This is more than double the 916 received by his presidential rival Dr Zweli Mkhize. The list of top six nominees was announced by chairperson of the ANC’s Electoral Committee, former President Kgalema Motlanthe, during a press briefing at Luthuli House on Tuesday.

While it’s theoretically a two-horse race for the top spot of the ANC, in reality, the numbers paint a scenario in which Mkhize is unlikely to surprise anyone on the day. But strictly speaking, nothing is impossible.

This looming battle is remarkably different from the 54th elective conference in 2017. To give you an idea of how close that presidential race was, Ramaphosa had 1,469 nominations, compared to Nkosazana Dlamini Zuma’s 1,094. But on voting day, individual delegates are not constrained by how their branches would expect them to vote, and can – for some or other reason (nudge nudge wink wink) – vote for other candidates. Ramaphosa ended up scraping a win in the 2017 elective conference by only 3.8%, defeating Dlamini Zuma by 51.9% to her 48.1%. Much closer than the initial nominations would have suggested, which gave CR17 (as his campaign was then know) a margin of almost 30% over NDZ.

Motlanthe’s announcement of consolidated nominations for the position of ANC deputy president similarly point to one man: Paul Mashatile, who presently holds massive sway in the party by virtue of the fact that he serves in three positions within the current top six – simultaneously as the treasurer general, the acting secretary general (SG), and acting deputy secretary general (DSG). Mashatile has been filling in for Ace Magashule, who was suspended as SG in the wake of his arrest on corruption charges related to the Free State asbestos heist saga. He also took over Jessie Duarte’s responsibilities after she passed away in mid-July this year. Mashatile received 1,791 nominations, followed by Ronald Lamola (justice minister) with 427, and Oscar Mabuyane (Eastern Cape premier) with 397.

The race for SG will be on with Mdumiseni Ntuli, the former KZN provincial secretary, getting 1,225 nominations. He’s followed by Phumulo Masualle (public enterprises deputy minister) with 889, and Fikile Mbalula (transport minister) with 749. The SG is a hugely important position as that office is seen as the engine room of the party. It’s a position that Ramaphosa himself held from 1991 to 1997.

There are two nominations for DSG. One whom you’ll be well acquainted with if you watched the state capture inquiry. Nomvula Mokonyane has received 1,779 nominations, to Febe Potgieter’s (ANC general manager) 905. Mokonyane, known as “Mama Action” – apparently because of her no-nonsense approach to governance – is a controversial figure. She has held numerous senior positions in government, including premier of Gauteng, minister of communications, environmental affairs, and water and sanitation. More notably, she is/was very close with former President Jacob Zuma. During the Zondo Commission, South Africa heard testimony from Angelo Agrizzi about Bosasa allegedly paying for her 40th birthday party, gifting her R50,000 a month in cash, and bestowing massive booze and grocery hampers on her. She also had security upgrades to her home courtesy of Bosasa. Zondo’s report recommended she be investigated and prosecuted for corruption. But no criminal charges have yet been preferred on Mokonyane.

Finally, the treasurer general spot will be contested by Bejani Chauke (special advisor to Ramaphosa) with 552 nominations, Pule Mabe (ANC spokesperson) with 428, and Mzwandile Masina (ANC Ekurhuleni chairperson) with 348.

There is one glaring problem with the list of nominated individuals, and it was raised at the press conference. For a party that prides itself on gender parity, there are only two women among the 16 names put forward by branches. Motlanthe said branches are encouraged to follow the 50/50 guide, “but because it’s nominations from branches [and not a list prepared by the party itself], it’s not possible to enforce that.”

The next announcement to come from the ANC is the list of about 200 names nominated by the party faithful from which 80 members of the national executive committee (the highest decision-making body of the ANC) will be chosen at conference.

While this gives the over 4,000 delegates in December a good idea of who the branches could agree upon to put forward, the ANC does allow for nominations from the floor provided that individual gets at least 25% of the vote.

One thing seems clear though. Deputy president David Mabuza’s name features nowhere, so I think it’s safe to say DD will have to vacate his office at the Union Buildings at some point post-conference.

Looking ahead to what could potentially happen in the lead-up to the elective conference, two massive albatrosses loom over the leadership race. On 6 December, just 10 days before the conference is set to start, the independent panel of experts on Phala Phala that Parliament tasked with determining if there’s anything to impeach Ramaphosa for, deliver their findings. Should it go against him, he’s in serious trouble. As for Mkhize, his name is still sullied by the Digital Vibes corruption scandal. Law enforcement or the National Prosecuting Authority could still act against him in the interim – as unlikely as that may be.

Both of the contenders for president of the ANC, and potentially then president of the republic, have huge question marks hanging over them. One last fly in the ointment for both is if the ANC Integrity Committee finds – while no criminal charges have yet been filed against Ramaphosa or Mkhize – that the scandals have brought the ANC into disrepute and that they’re therefore not eligible to stand. In fact, Ramaphosa has even said he’ll voluntarily step aside if charged.

But hey…I suspect Eskom will miraculously solve loadshedding before that happens.