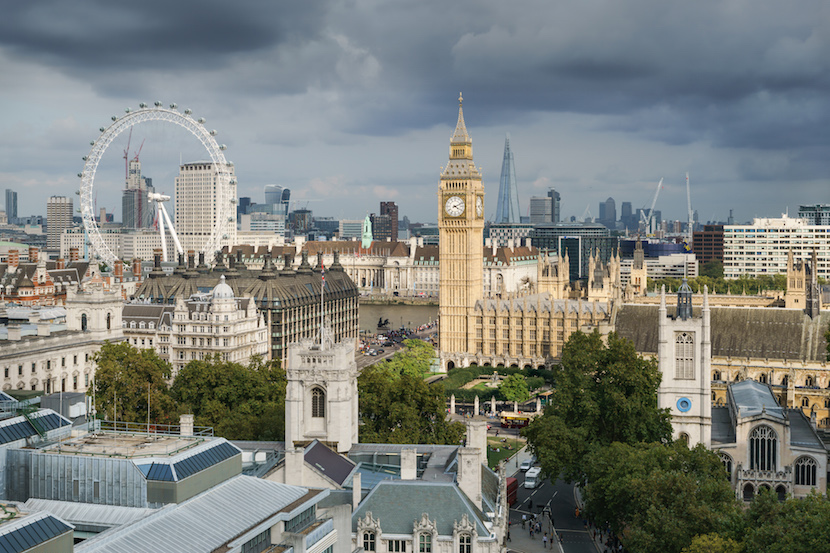 Alec’s one month adventure in the United Kingdom has inspired him in many ways. So much so that in a recent newsletter entitled ‘How UK gets investors to pour money in – not send it away’ he says it’s easy to see why money pours into this small country where cranes seem to be everywhere. On the back of this, Biznews community reader Mo Haarhoff asked if we’d like to hear a little more about how this came to be? Below is a brief history of her late brother Keith Haarhoff, a former Director of Economic Development for the Corporation of London, and how he was one of the many people who literally helped make London the City it is. An interesting read. – Stuart Lowman

My brother, Keith Haarhoff, began inviting investment into Cambridgeshire in the early 1990s, by way of The Cambridgeshire Unit, which he was tasked to set up. I remember him reporting that things seemed to move very slowly but, in essence, he became the leading mover of the initiative to help SMEs flourish and to bring more prosperity to the region.

Keith was born in Scotland, schooled in England and educated at Cambridge, finally earning his Ph.D in biochemistry at Bristol University, for his work and thesis on enzymes. He went on to work for Shell and BP, but in the field of IT, rather than chemistry. He had become fascinated with what computers could do while working with radioactive materials for his Ph.D.

With BP, he moved to Singapore as MD of Scicon, the firm’s bureau and consultancy.

On his return to London after three years in Singapore, he joined JP Morgan and later, Midland Bank. His computer and business expertise were invaluable to financial institutions and he’s reputed to have set up the first electronic banking system. He was invited to present this to a group of bankers in the US.

All his excitement was reserved for his first trip aboard Concorde, I remember, despite the fact that the Americans were wild about the possibilities of the instant transfer of deposits to other accounts.

In the UK, Midland Bank was less enthralled at the possibility of losing the interest that deposits gleaned for it between a withdrawal from one account and a deposit made only a few days later into another account. Keith thus moved back to Cambridge in the mid-1980s as a director of merchant bank, Singer and Friedlander.

My brother was educated on the back of bursaries and scholarships and strongly believed, all his life, that returning the favour to communities was something he needed to do. Although thrilled to be back in Cambridge, where he could become involved in Caius College again, serving as treasurer and/or secretary of the Caius Club over several years, he found his role as a bank director less than fulfilling and he was keen to move on when the Cambridgeshire Unit became an item on that county’s agenda.

The Unit’s team led the initiative to allow small companies to grow and bring more prosperity to the region, which flourished once the late 1990s brought a growth of technology enterprises.

Keith’s stint there proved to be a learning curve that would stand him, the county, and eventually, the country, in good stead.

In 1995, he became the Director of Economic Development for the Corporation of London. One only has to look at the new construction in the City since, to accept that Keith’s work in influencing the growth of the City, both as a business and living location, brought many rewards and the city began to thrive.

As did he: in 1998, he was admitted to a City Livery Company, The Wax Chandlers and was made a Freedman of the City. Due to the pressures of work, he lived during the week in a small flat in the Barbican, only commuting for weekends to Cambridge, where his wife still lived. He sat on several committees for the Barbican and founded the Barbican Residents’ Consultation Committee.

Keith survived the change from Tory to Labour government, delighting in the City as both a working and living environment. He had three operations for colon cancer from 2000 and finally retired to his much-loved retreat in the Barbican in early 2005. Sadly, he began feeling the effects of what would become his last illness in February of that year, was diagnosed in July and he died in November 2005.

He left his wife and two lovely daughters, plus an adoring pair of siblings and their children in South Africa.

*Thanks to Terence Libby and Ken Bradley for their notes. Without them, I would never have remembered all these dates.