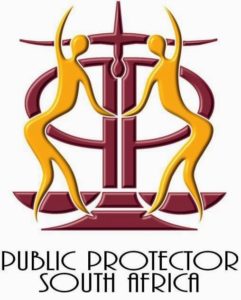 JOHANNESBURG — Thuli Madonsela left behind a strong legacy when she departed the office of Public Protector last year. She will, in all likelihood, go down in history as one of the best (if not the best) Public Protector that South Africa has ever had. And Madonsela’s successor, Busisiwe Mkhwebane has, thus far, completely failed to live up to South Africans’ expectations around her office. Instead of protecting the public, Mkhwebane, in a recent finding on the Bankorp lifeboat, proposed that South Africa’s Constitution is changed so as to alter the mandate of the Reserve Bank. The DA previously opposed the appointment of Mkhwebane amid allegations of her being a spy. Meanwhile, the EFF has, on a number occasions, expressed its regret over allowing Mkhwebane to be appointed. Increasingly, it looks clear that Mkhwebane is possibly part of a bigger Zupta political game and if she continues to hold her post for the prescribed 7 years, Madonsela’s legacy could risk being completely obliterated. – Gareth van Zyl

Besides the strident and ear-piercing outcry against your recommendation to Parliament for a constitutional amendment to change the mandate of the Reserve Bank, the asininity of your action caused me to commit an embarrassing parapraxis.

Let me explain: I committed a Freudian slip – an error in speech to an acquaintance by incorrectly attributing your indefensible parliamentary instruction to your predecessor, Thuli Madonsela. In doing so, I wrongly excoriated her for failing to protect the public interest. I promptly apologised to my acquaintance, and by extension to Thuli Madonsela.

I know Thuli Madonsela’s extraordinary legacy as public protector is a difficult act to follow. She set the highest of standards for integrity, courage and determination in the performance of her clearly defined statutory responsibilities. In doing so, she was repeatedly denigrated and vilified by those targeted for investigation.

Nonetheless, Madonsela faithfully discharged her mandate “to strengthen constitutional democracy by investigating and redressing … maladministration … abuse of power in state affairs”. This she accomplished, mindful of the overriding need for fairness, impartiality, and above all the pursuit of truth in the performance of her duties.

Madonsela set high standards for successor public protectors to emulate. One cannot say the same for you, other than the fact that both of you are disliked: Madonsela for the wrong reasons, and you for the right reasons.

As you said recently in a radio interview “I think I know I won’t be pleasing everyone, and I’m just trying to do my job”. Therein lies the problem – you are not doing your job because you appear to have no understanding of the duties and responsibilities of a public protector.

Chapter 9 of the Constitution spells out the scope of your duties in no uncertain terms. What is it that you do not comprehend, or is it a refusal to abide by the powers regulated by national legislation? Or, as a growing number of political analysts assert, you know what you are doing by “playing to a well-rehearsed narrative” and in so doing, exposing your “allegiance by giving your report to the clumsily-titled Black First Land First movement, paid surrogates of the Gupta family… the family convenient mouthpiece”.

To put it differently: your probe of the Absa saga was simply a pretext to targeting the Reserve Bank, the last remaining independent state institution, for capture.

Whatever influence the Gupta family exercises over your decisions, you truly demonstrated bad judgment in seeking out Stephen Goodson, a Holocaust denier and an ardent admirer of Hitler, to mentor you in connection with your probe.

As a follow-up to your mentoring soirée with Goodson, you posted on social media the cover of his rag, A History of Banking and the Enslavement of Mankind, and recommended it “as a must-read. . . “.  Surely you must have known, had you done your homework, of the prevailing considered opinion that Goodson’s repugnant beliefs are a form of mental illness.

Or, are you in step with Goodson where facts no longer matter? What is also disconcerting was your failure to add to your social media blurb Goodson’s political connection to Black First Land First’s Andile Mngxitama, the Gupta’s surrogate. As the 2nd Duke of Buckingham would say, “ay, now the plot thickens. . . ”

After your appointment in October 2016, and your maiden presentation to Parliament, it was apparent you would be setting your own agenda – in itself not a cause for concern. However, the question remained where you stood on issues facing the country. This soon became clear when you joined with some ANC MPs in expressing disdain for the term “state capture”.

In retrospect, what was not apparent during your presentation to Parliament was your purported lack of understanding of the nature and scope of your duties. This is simply improbable, inasmuch as you graduated with an LLB from the University of the North.

Even though rated somewhere near the bottom rung of the academic totem pole, it must have provided you with some iota of acumen to at least understand the scope and limit of your office.

Nonetheless, you issued a bombshell report, violative of the Public Protector Act, littered with incoherent findings and sweeping overreach. The backlash was tellingly immediate to which you sheepishly claimed that your recommendations were mere “suggestions.” Not so, according to the Constitutional Court. I can only conclude that contract law, and/or interpretation of statutes was not your strong points at law school.

Although there are those who contend that your actions are the product of incompetence, which is further underscored by your recent assertion that Western Cape premier Helen Zille and Cape Town mayor Patricia de Lille were in contempt of your office by failing to join you to inspect unsanitary conditions near Fish Hoek, despite being subpoenaed.

Two glaringly embarrassingly illustrations of your incompetence to wit: Zille and de Lille were not personally served, and the service delivery issue is not a mandate of the provincial government. Moreover, what unsanitary conditions have to do with your duty to investigate abuse of power and corruption in state affairs leaves me reeling in confusion!

Aside from the issues of incompetence, or exposing your allegiance to the Guptas, a “bigger picture” proposition was persuasively advanced by Andrea Robertson in Biznews.  She proffers that you deliberately “pushed the Reserve Bank into a legal corner forcing it to take [your] binding recommendation to court”.  Your recommendation by all accounts will fail, but would create legal precedent by adding substance for Zuma to challenge Madonsela’s recommendation for a judicial enquiry into state capture. As the ANC regularly points out, there is the spectre of outside forces pulling your strings.

I leave you with one last observation and plea: there is an endless oversupply of government officials who act without integrity, honesty, courage and transparency. They lay waste to South Africa’s political landscape.

There is still time for you to be one of the notable exceptions. Please be guided accordingly.