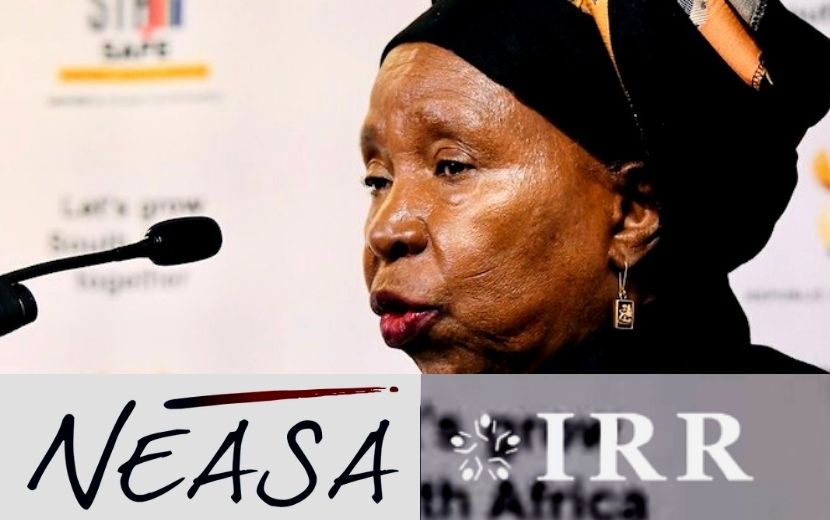 The National Coronavirus Command Council (NCCC) has been at the centre of decision-making in the South African government’s response to Covid-19 since its establishment in March 2020. This article by Rona Bekker, Senior Policy Advisor at the National Employers’ Association of South Africa (NEASA), is in support of the Institute of Race Relations’ call for the NCCC to be disbanded, stating: ‘NEASA is of the opinion that the disease and the pandemic itself, did not and will never, cause as much damage to this country as the executive leaders have done, through the NCCC’s irrational, ineffective and deadly regulatory response to the disaster.’ The IRR started a petition to stop and disband the NCCC, which it believes to be ‘an unelected body of ANC cadres that has hijacked our democracy.’ – Nadya Swart

The basis of the call for disbandment of the NCCC is the fact that this council acts as a super-legislator, completely abrogating the role of parliamentary oversight, to the utter detriment of South Africa, its citizens and its economy.

On 26 August 2021, NEASA submitted a written submission to the Portfolio Committee on Cooperative Governance and Traditional Affairs (‘the Committee’), regarding the Disaster Management Amendment Bill (‘the Bill’). The aim and premise of the Bill are aligned with the purpose of the call from the IRR to disband the NCCC.

The Bill envisions the amendment of the current Disaster Management Act, in order to limit the arbitrary and extensive power of the Minister, by curbing the duration declaration and extension powers of the Minister, as well as subjecting all his/her regulatory and legislative decisions to parliamentary or legislative oversight and public participation.

When the arguments from the IRR, as contained in their press release and campaign explanation, are read in conjunction with the written submissions from NEASA to the Committee, the reasons for the urgent and non-negotiable disbandment of the NCCC are clear.

The extraordinary and vigorously encroaching measures of the NCCC severely limited and infringed upon the human rights of all South African citizens.

NEASA is of the opinion that the disease and the pandemic itself, did not and will never, cause as much damage to this country as the executive leaders have done, through the NCCC’s irrational, ineffective and deadly regulatory response to the disaster.

The NCCC is not, under the current auspices of the DMA, subjected to adequate legislative accountability and oversight over the regulations issued by it, the duration of a state of disaster, nor in respect of the extension of a state of disaster. The potential room left, through these inadequacies, for the NCCC to outrightly abuse its ‘legislative and regulatory’ power, is both unbelievably arbitrary and dangerous.

South Africa’s Executive and its intricate web of so-called clusters seemed to have successfully blurred the lines of authority and decision-making in the handling of the pandemic, more than ever before.

Despite the President’s repeated insistence that the NCCC was merely a coordinating structure of Cabinet, the President himself clearly indicated to the contrary with his addresses, stating:

“As a consequence, the NCCC has decided to enforce a nationwide lockdown for 21 days with effect from midnight on Thursday, 26 March.” – 23 March 2020; and

“After careful consideration of the available evidence, the NCCC has decided to extend the nationwide lockdown by a further two weeks beyond the initial 21 days.” – 30 March 2020

All of the NCCC’s meetings are strictly confidential and information on how decisions are taken is not made public. This is an unacceptable, blatant disregard for the widely accepted values of public participation, transparency and accountability with regard to any laws, decisions or policies, which, detrimentally, severely affects the fundamental rights of every South African citizen.

One of the most important and devastating impacts of the lockdown, restrictions and regulations – job losses and rising unemployment, is something the virus itself, could have never caused. The corruption and fraud clouding the Government and the NCCC’s response to the pandemic, is ghastly, to say the very least.

The decisions of the NCCC are made by bureaucrats and politicians who do not forfeit a single benefit through the imposition of these measures. It can only be speculated what anti-Covid measures would have looked like if the pockets of Government officials had been directly affected.

The NCCC is set up in a manner to continue in perpetuity under the auspices of the current Disaster Management Act. Unfortunately, short of Covid-19’s extinction, the NCCC has no plan to abdicate and therefore it is up to the South African citizenry and private sector role players to put a stop to its tyranny.

If nothing is done in this regard, the government’s response to the pandemic, as lead by the NCCC, will, as described by the President himself, be the genesis of the National Health Insurance scheme – the ultimate hard step towards forcing all South Africans into the government’s collapsing health system.

If the NCCC is not disbanded and the DMA Amendment Bill is not passed as legislation, the NCCC and Government will continue with their endless campaign to capture the human rights of all South Africans.