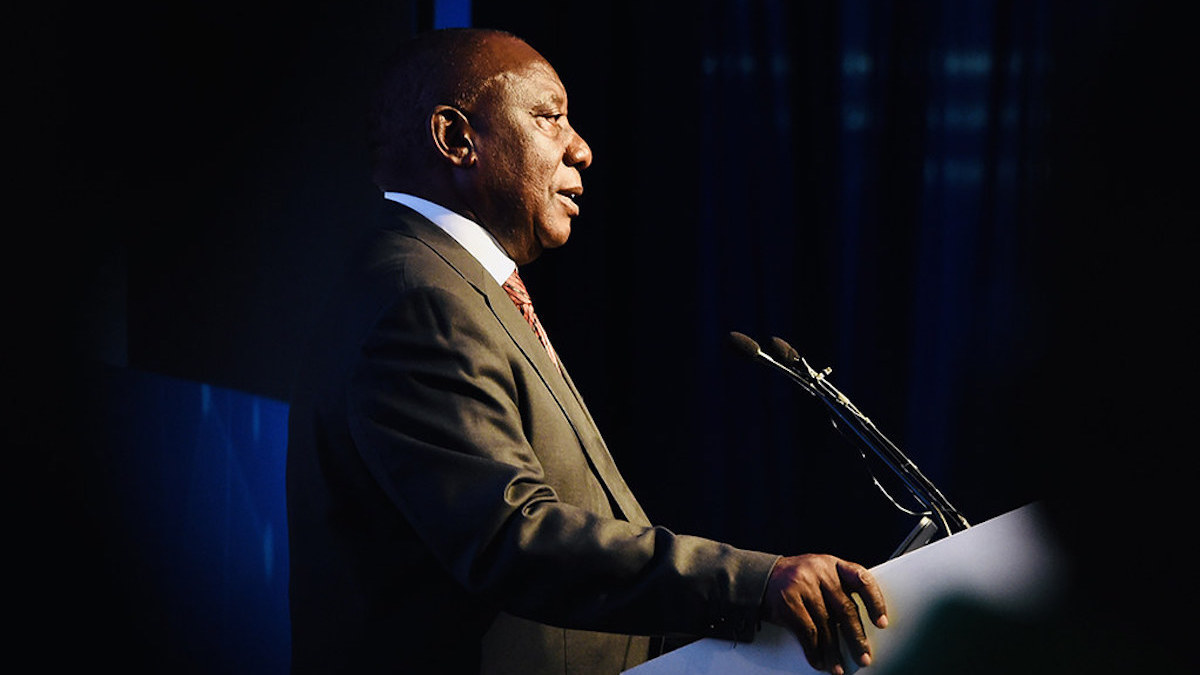 Our nation is up in arms and the ANC’s turmoil is exploding as Cyril Ramaphosa is compelled to answer to the Phala Phala scandal. BizNews journalist Michael Appel exploried the Phala Phala debacle – where it all started, the burning questions, the musical chairs movement of cash and Ramaphosa’s side of the story. Following former spy boss Arthur Fraser’s criminal charges for money laundering, kidnapping and corruption against Ramaphosa and his head of security, Major-General Wally Rhoode, the country has waited in anticipation for answers to the allegations. While the president has remained reticent with regard to the scandal, South Africans have not shied away from voicing their opinions on the matter. The swift and ruthless political backlash had demands for CR’s resignation spiralling in from all fronts. We looked to the ‘comments section’ to see what BizNews community members had to say. – Carmen Mileder

The leadership crisis is spooking our nation

“Let’s get the true facts on the table. The ANC is a liberation movement with strong communist principles. It cannot govern. Everything they have touched, they have destroyed or stolen. Cyril has surrounded himself with incompetent, dishonest, ineffective, unproductive, third world, unqualified, inexperienced people, who live in the past, not the future.  I think that Russia or Putin, Arthur Fraser and Jacob Zuma, plotted this whole debacle. They wanted Cyril out, so they can carry on looting.”

Another member speaks out:

It appears there is little hope for Cyril

John Davis was forthright in his comment stating, “If Cyril somehow makes it through this and remains the ANC and SA president, and it is a HUGE IF, I really hope that this is a bloody wake-up call for him.”

“Wake up, Cyril.” was his concluding remark.

Another comment comes from “Gupta’s pet” stating, “As for the invincible president, he did say that he would rather be seen as a weak president than split the corrupt ANC. ANC 1st, cadres and cronies, 2nd, SA way down the list of priorities for the corrupt bloated cadres. As for Fraser, just another cheap Zuma henchmen.”

Calamity seems to be is the new norm

“AnonMlungu” says “It smells of the presidential plane flying to Dubai, without Zuma onboard? What did they drop in Dubai for the Guptas? Maybe gold? Pallets of dollars?”

User krzysztofw  tells us that “It looks like another Information Scandal… No other calamities caused by the ANC rule have ever met such a sharp reaction from the guardians of ‘democracy’: billions stolen, complete ruin of the country and its economy.

Even renowned economist, Nouriel Roubini is watching the debacle unfold from New York

As is the Financial Times of London with their piece: How world sees SA: All eyes on Ramaphosa and sofagate

What are your thoughts on the situation? Comment below!