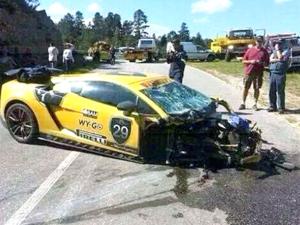 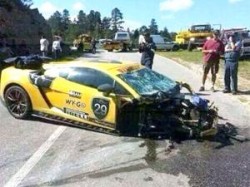 It cannot be disputed that motorsport is dangerous, for both competitors and spectators alike. Safety measures are therefore imperative – and required by motorsport authorities around the world.

South Africa is no different. Motorsport South Africa (MSA) is the governing body that implements, monitors and oversees policies that it deems necessary to ensure the safety of everyone involved. They are stringent, but of course imperative at the end of the day.

The tragedy that took place at the end of September on the Knynsa leg of the Rogue Rally was shocking. Two spectators suffered severed limbs after a competitor, driving a Lamborghini Superleggera, lost control near the finish line of the closed hill climb course and crashed into two nearby vehicles.

The timed event took place up Old Cape Road, near Simola Country Estate. The course was based on a well-known motorsport event in South Africa called the Jaguar Simola Hillclimb, which takes place in May each year. It’s an event which not only draws a massive crowd, but also some of the country’s finest drivers and machinery.

MSA is involved in the preparation for the Jaguar Simola Hillclimb, ensuring the correct safety procedures and measures are in place. Competitors are held to strict regulations. Spectators are provided with detailed route maps and designated spectator points from which the event organisers deem it is safe to watch.

The course is then monitored by the event organisers – and more specifically by the clerk of course – with marshals and medical personnel placed along the route. Pace vehicles run the course at given intervals to ensure it is free from obstruction and to keep a beady eye on any rogue spectators. Everything that can be done to ensure safety is done.

The result is that the event is considered sanctioned by MSA, meaning all policies have been met.

On the other hand, organisers can run an event free of MSA involvement, like the Rogue Rally. There is in fact no requirement for MSA involvement; provided the local municipality sign off on your plan you’re free to do as you will.

Until something goes wrong, that is. The next time organisers go knocking on the municipality’s door for permission they’re likely met with a far less welcoming handshake. Furthermore residents can and most likely will protest all future events, MSA sanctioned or not, placing the municipality in a tough spot.

The Rogue Rally organisers have placed a dark cloud over future use of Old Cape Road in Knynsa. Should there be a backlash from residents and the local municipality, the Rogue Rally will have pulled the rug out from underneath one of South Africa’s last remaining iconic motorsport events, something that will go down in history as a tragedy in itself.