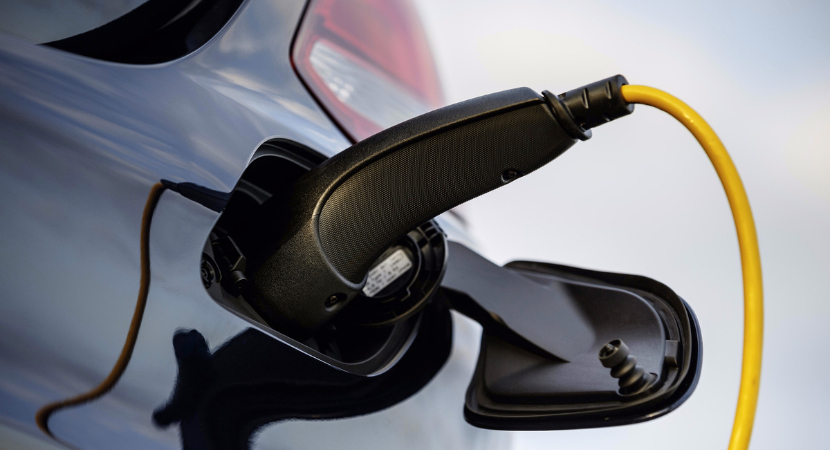 The efficiency game is what’s become the driver of the automotive industry over the last 10 years. As world wide focus moves toward leaner and greener things, the transport industry has come under increasing pressure to lower emissions and use less fuel. Cue electric power.

As battery technology is someway off being able to allow electricity to replace burning fossil fuels in a combustion engine, manufacturers have sought an intermediate step while tech plays catch up. That’s resulted in cars like this Mercedes C350e, a plug in hybrid that incorporates a petrol powered combustion engine mated with an electric motor powered by a battery pack. Plug in denoting that you can charge the batteries via a plug in your house. So, is it any good?

You’d never tell this Mercedes C350e was anything other than a normal C Class unless you get up close and personal. Tell tale signs are the additional ‘fuel’ flap for the plug that sits on the rear bumper, some blue brake calipers and the odd hybrid badge. The normal C Class is quite a looker, though, so it’s all thumbs up in this department.

Read also: Why the Mercedes G63 AMG is in my perfect 5 car garage

Much like the exterior, the interior of the C350e is also largely indistinguishable from any other C Class. And again that’s a good thing since the C Class has probably the most swanky interior of any entry level premium saloon these days. Once again there is the odd addition that gives away there’s something a little extra on offer. The centre console houses a toggle that allows one to switch between various electric drive modes, while the rest is only given away on the infotainment and dashboard displays.

What must be said is that the battery pack does reduce boot space somewhat, as that’s where the pack is housed. So inside the boot you’ll notice a step in the floor, toward the rear seats. It means you forego around 150 litres (480 standard vs 335 in the hybrid). No biggie though, a set of clubs still fits.

Looking at the stats sheet paints a pretty picture of the C350e. Power is a fairly prodigious 205kW, 60kW of which comes from the electric motor, the rest from the 2.0 litre turbocharged petrol unit. Torque an even more prodigious 600Nm. Accordingly performance seems rather impressive, with a 5.9 second sprint to 100km/h, despite the additional 100kg on board.

That high-voltage lithium-ion battery pack sitting in the boot has a total capacity of 6.2 kWh and can be charged from a bog standard wall plug in under 2 hours (230V, 16A).

According to Merc you can drive up to 31 km and do 130km/h on batteries alone. The first claim is only realistic at a fairly low constant cruising speed. I personally managed 23km of heavy traffic town driving using only electric power, driving exceptionally carefully. That for me is ¾ of a round trip to the office. Not bad in my books and here’s why.

Using a Mercedes E250, which has the same petrol powered 2.0 litre unit as the C350e, and weighs a similar amount, I averaged 13 litres per hundred km on the same 28km round trip to the office. The trip therefore uses about 3.64 litres of fuel. The hybrid, with a quick 30min charge at the office, will do the trip without using any fuel whatsoever.

Now of course I understand that here in South Africa, power from our plugs is largely derived from burning coal. Not the friendliest, nor most efficient production of power. However at night when most people are asleep, Eskom is still burning coal at largely the same rate because a power station cannot be turned on and off at will. So charging your car overnight therefore uses power that would have otherwise gone to waste.

The other argument against these plug in hybrid’s is that their claimed fuel consumption simply cannot be achieved. Fair claim too. In the real world, using the car for long trips etc you won’t achieve the 2.4 litres / 100km claimed. However on the open road this C350e will do 7.4 litres / 100km travelling at normal highway speeds, as I managed over a 900km trip from Johannesburg to near Louis Trichardt and back. That’s very respectable. A diesel of this size will do better, probably nearer 5.5. So you’re better off in the diesel on an equivalent trip to the tune of around 18 litres (the same as I’d save in my hybrid in a week of going to work). But take your diesel to work and you’re back in the red, albeit slightly better off than doing so in a petrol powered car.

There are some downsides to the C350e. One is it’s weight. You can really feel the location of the batteries, which sit fairly high up leading to the rear end feeling unsettled over road imperfections.

Then there’s the ordeal of figuring out what settings to use when. There are 4 settings for the hybrid drivetrain, namely Hybrid, E-mode, E-Save and Charge. And another 4 for general driving modes, being Eco, Comfort, Sport and Sport+. Getting the most out of the complicated powertrain isn’t made any easier with all that on offer.

Last is the fact that performance I spoke of initially is only available when the batteries are fully charged. After that’s all gone you’re left with a heavier car and only the 155kW motor to tug you along. It’s not the end of the world, but don’t expect the stated performance all of the time.

Another downside is of course the cost of this technology. At R804 900 it is significantly more expensive that the rest of the model lineup. Tough pill to swallow – and you’d have to save an awful lot of fuel to recover that premium. But honestly buying a plug in hybrid isn’t about saving money, not at this early stage of electric vehicle technology in any case. It’s about making a statement and backing the drive for cleaner transport.

A lot of motoring media knock the plug in hybrid for its expensive capital outlay and seemingly unachievable fuel consumption claims. However within a certain set of parameters they do work, and work incredibly well while the rest of the time it’s just like owning a normal car. If that’s not on the right path, then I must be mad.