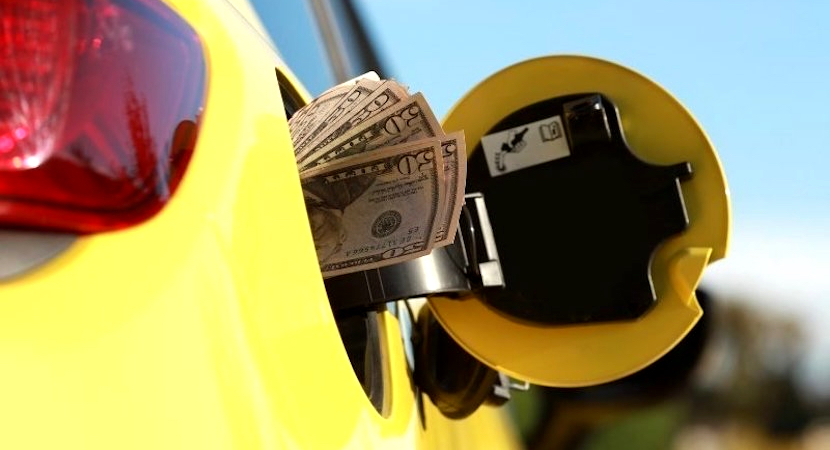 JOHANNESBURG — A stop at the pumps is a necessary evil for those who enjoy the benefit of motorised transportation. We shell out something in the region of R14 for every litre, but just how and where that money ends up is probably not something that crosses many a motorist’s mind. After the recent budget speech, in which former Finance Minister Malusi Gigaba announced various levy increases, a staggering R5.30 per litre will head off to government for use at the Road Accident Fund while the general levy can be used for anything treasury sees fit (ie not necessarily road related expenditure). The below information courtesy of the AA gives more insight into how the fuel price is actually determined. – Miles Downard

From the Automobile Association

To understand how the fuel price is comprised, the Automobile Association (AA) gives us this snapshot of how the cost of every litre of petrol inland, and at the coast, is determined. 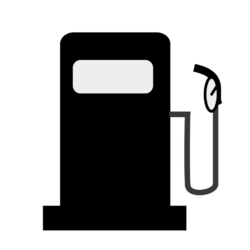 These figures are based on 93 unleaded octane fuel (inland) and 95 octane fuel (coastal). The purpose of the breakdown, and accompanying infographics, is aimed at educating the public about why a litre of fuel costs what is does, and where the money spent is being allocated.

At the beginning of April road users across the country paid between 69 cents and 72 cents more for a litre of fuel at the pumps. This massive increase was due to a number factors: strengthening international petroleum prices, and the addtion of 52 cents to the fuel levies.

These fuel levies are mainly in the form of two indirect taxes: the General Fuel Levy, and the Road Accident Fund (RAF) Levy. The increases to these levies was announced by former Finance Minister Malusi Gigaba in his Budget Speech in February, but only came into effect at the beginning of the month.

Another factor to consider is that increases to fuel prices means goods transport across the country also become more expensive as operators seek to recover the increases by again passing these on to consumers.

The fuel price is comprised of four main elements. These are the 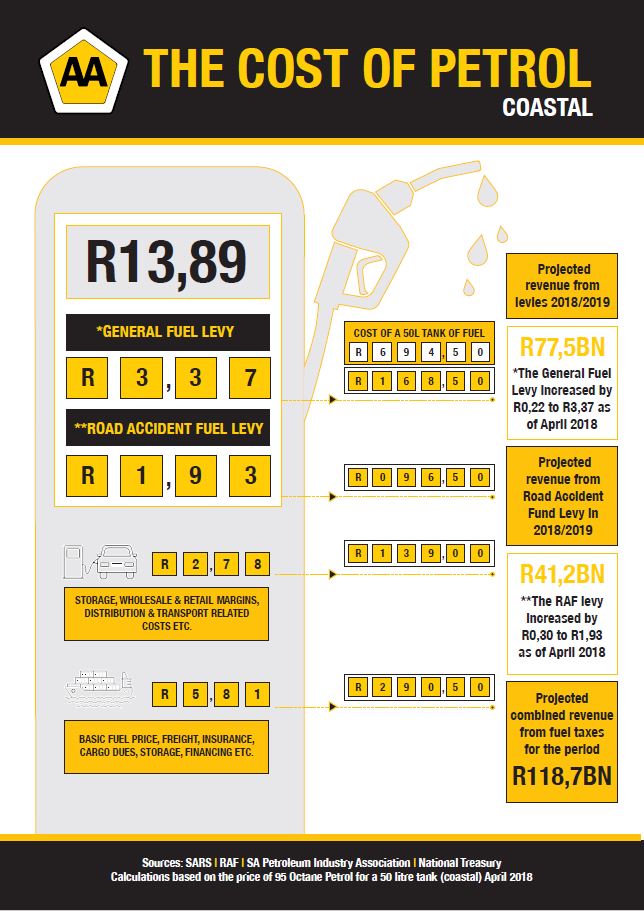 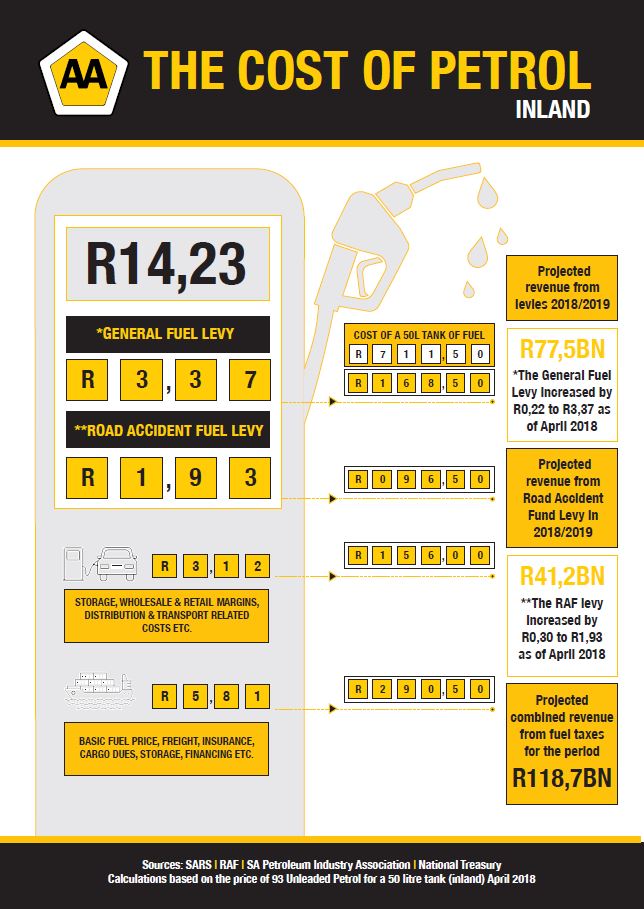 In South Africa, the price of fuel is adjusted monthly based on a number of factors, mainly international petroleum prices, and the Rand / US Dollar exchange rate.

The Basic Fuel Price (BFP) is calculated based on costs associated with shipping petroleum products to South Africa from the Mediterrean area, Arab Gulf, and Singapore. These costs include insurance, storage, and wharfage (the cost to harbour facilities when off-loading petroleum products into storage). The current BFP is R5,81.

Other costs associated with the petrol price include transport costs (from the harbour to inland areas), customs and excise duties, retail margins paid to fuel station owners, and secondary storage costs. These costs currently total R3,12 for inland petrol, and R2,78 for coastal petrol.

Movements in these costs the past 12 months include an additional 10 cents a litre charge in transport for fuel from coastal areas to Gauteng, and an 11 cents a litre increase in the retail margin at both inland and coastal stations.