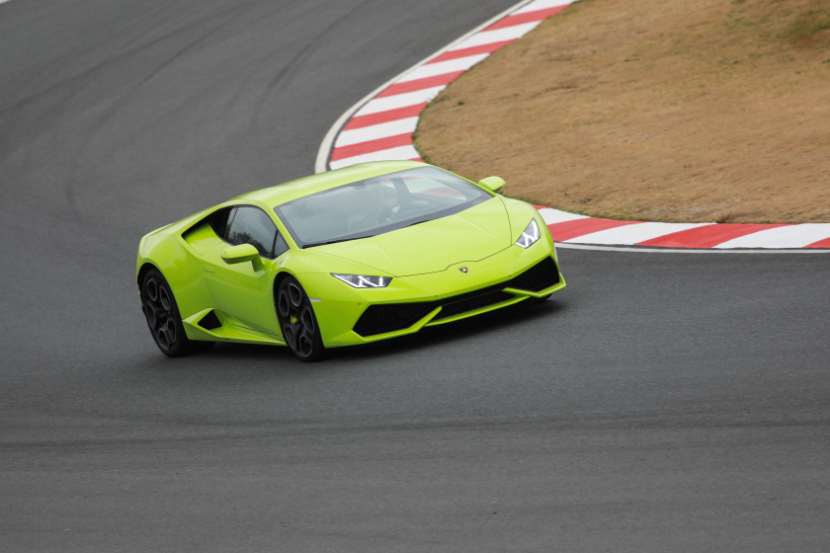 It’s not every day that an email lands in your inbox from the new purveyors of Lamborghini South Africa, so naturally it’s one I paid close attention to. It was an invitation to come and experience a taste of the new offering that’ll be available to local customers.

My colleague Nick has already covered matters involving the staggering Aventador, so I’ll focus on its smaller sibling, the Huracán.

There is of course something exceedingly special about the Lamborghini nameplate. If ever there has been a brand that encapsulates the term poster child, it’s this one. Every young kid (and sometimes not so young ones) with even an inkling of interest in motorcars will have at some point stuck a Lambo poster on their wall. The designers in Sant’Agata Bolognese, a small town in the north of Italy, have penned some of the most jaw-dropping vehicles in all of history. The Huracán is no different, especially in lime green with those space age wheels. The only thing missing is a set of Lamborghini scissor doors.

Then of course there is the method of propulsion, another aspect for which Lamborghini is well respected. Here we have a 5.2 litre V10, without a turbocharger in sight. It howls away right in your right eardrum (we had left hand drive vehicles for the day) like a renowned tenor at an Opera, a short tug on the upshift paddle commencing the next verse with a tremendous baritone bark.

There are two Huracán’s from which to choose; an All Wheel Drive or Rear Wheel Drive, the latter being ours for the morning. Despite its 427kW and 540 torques powering just two wheels the Huracán inspires confidence right off the bat. A dual clutch gearbox shifts cogs in the blink of an eye. Carbon ceramic brakes get better the harder they’re pushed. Everything urging you closer and closer to the limits of adhesion, while a quick flick of opposite lock rectifies any loss thereof. It’s engaging, breathtaking and eye watering all at the same time.