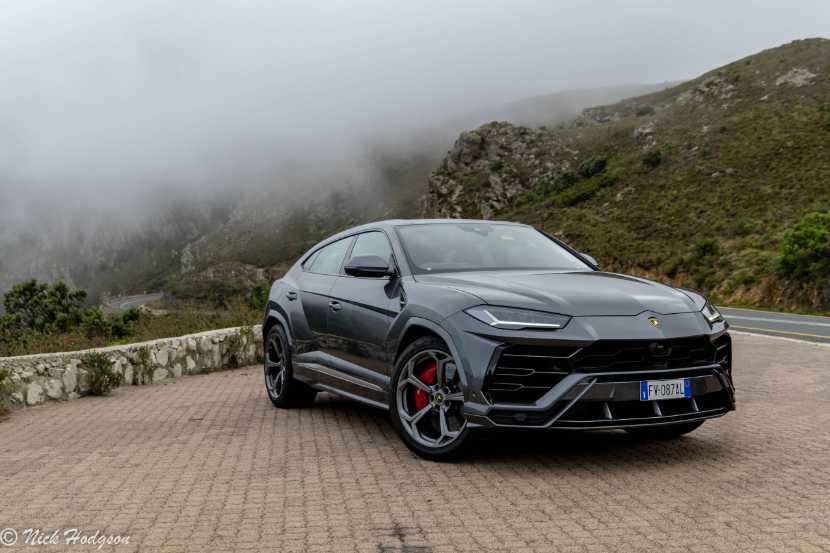 Finally, the Lamborghini Urus is here and it’s our first time behind the wheel. It truly feels like it’s been an age and a day from when we first clapped eyes on this luxury SUV. Some might say it’s in true Italian style, done on a schedule that’s beaten to an unknown drum, but I’ve no doubt the wait left some customers frustrated. The simple matter of fact is that you still can’t get one, but this time it’s because the waiting list is so long that every time one arrives on our fair shores it barely touches the showroom floor before being whisked off to the eagerly awaiting new owner. So right now you won’t see many on the road, but trust me you won’t miss one when it does happen to cross paths with you.

For me this is because the Lamborghini Urus is just the best looking SUV on the market today. Sure it can never compete with the imposing and elegant lines of the Lamborghini Huracán, nor can it be amazingly graceful like a luxury sedan, but it has real prescience in the world. That front end truly shouts Lamborghini to anyone catching a glance. Park next to a Huracán and you’ll see the same lines mirrored from the sports car to the SUV.

The Urus is a very different beast for Lamborghini as it’s not only redefining production for this traditionally small volume manufacturer, but it’s also unique in its offering as a product. This is the first time Lamborghini had dared to produce a vehicle with a turbo charged motor. In this day and motoring climate it’s almost unfathomable but it’s the truth. Of course a modern petrol powered SUV could be no other way but it’s still staggering that in the company’s entire history they’ve never veered from the naturally aspirated path.

It makes perfect sense though, for the Lamborghini Urus is aimed at cultivating an entirely new customer base. That playboy image of old may work on the small scale but to survive in the current economic climate diversity will be the key to success. Don’t get me wrong though, the Urus is distinctly Lamborghini. Step inside and you’ll see immediately what I’m talking about. Lamborghini have always known how to have fun and even something as mundane as an SUV cannot escape that Italian flair for the dramatic shining through. You may only be on your way to drop the kids off at soccer practice but even this run of the mill activity is given a sense of occasion, just by starting the Urus up and putting it into reverse. Yes it’s that simple but with the start button hidden behind a fighter pilot style guard and a delightfully over engineered lever that is literally a handful to grasp as reverse it’s no wonder the Urus makes you smile every time you step on board.

I for one think it’s wonderful. Why not have a little fun in life? Especially in a car like this. Especially when you need to maintain your brand image and especially when you have a partner (read VW Group) providing a solid platform and taking care of all the features we just expect to work without question. So is there anything not to like? Well for me I felt the Urus was slightly too harsh in some circumstances, for example drive over a cat’s eye and you’ll feel an unexpected jolt run through the whole vehicle. Having said that it’s great over normal bumps and road imperfections. Then we have the brakes which I feel are overly assisted. Barely touch them and you’re suddenly braking way harder than you intended. Perhaps that’s down to the Urus having the largest set of brake discs on any production car, measuring at some 440mm in diameter, with whopping great 6 piston calipers to match.

These are minor niggles though as the Lamborghini Urus is actually great to drive as an SUV. Getting back to that turbo charged motor, when you’ve got 850Nm of torque at your disposal you’re never going to be hanging around for long when the pedal hits the metal. That relentless surge will power you along at seemingly unimaginable speeds. The steering is heavy too, constantly reminding you you’re in a serious performance machine.

The Lamborghini Urus came with high expectations. When you look as mad as it does, you expect it to deliver and it certainly did that. Don’t expect a supercar in an SUV body, that just goes against the laws of physics, however what you can expect is an eye opening experience. It’s an SUV experience like no other.