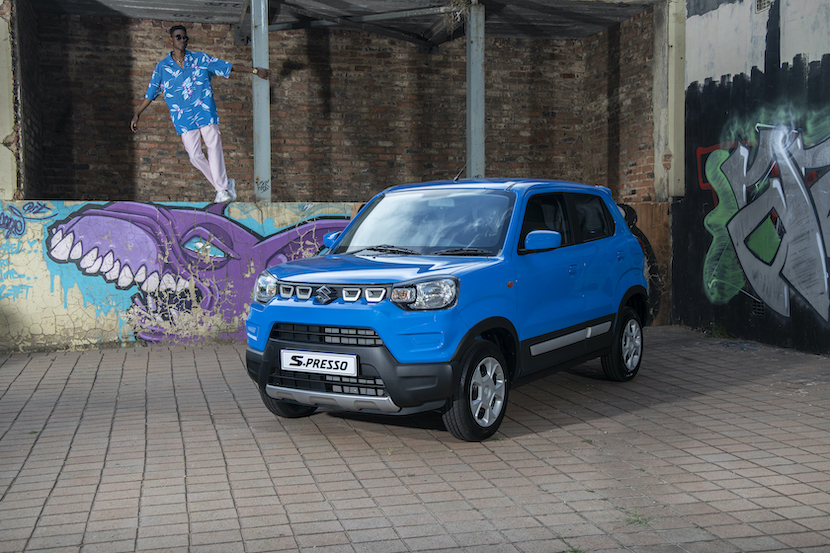 Here’s the scenario. You’re in the market for your first car and have a number of requirements. It needs to be practical, fuel economical and cheap. However, you’re not willing to sacrifice basic safety features and wouldn’t mind a few luxury features either.

Reliability is a major concern, of course. For that reason, you’ve decided to buy new, but here’s the problem – cars are rather expensive, aren’t they?

Even something basic, like an entry-level Volkswagen Polo Vivo, will set you back R222,100. That’s a lot of money for most South Africans. So what are you to do? Enter the Suzuki S-Presso.

Officially South Africa’s cheapest new car, the range kicks off at R149,900. That’s undeniably cheap. Even the range-topping S-Edition is cheap, at R163,900. You get quite a lot of car for the money, with the S-Edition receiving all the necessities. Importantly, you receive central locking, dual front airbags and ABS brakes. Nice to haves come in the form of front electric windows, a touchscreen infotainment system (with Apple CarPlay/Android Auto, Bluetooth, USB and Aux capability), air-conditioning, a reverse camera and rear parking sensors.

Despite the diminutive dimensions (just 3.6 m long), the S-Presso has a surprisingly spacious interior. The rear seats are deceptively roomy, with plenty of legroom for even tall passengers. Headroom is generous, too. This doesn’t affect the boot space, either. The cargo bay offers up to 239 litres of luggage space, further increased by the folding rear bench.

Under the stubby bonnet sits Suzuki’s trusty 1.0-litre, three-cylinder petrol engine. Used in the Celerio for a number of years, it works exceptionally well in the S-Presso. Despite the meagre power outputs of just 50kW and 90Nm of torque, the little Suzuki feels alert and decidedly nippy. Thanks to a featherweight mass of just 770kg, the S-Presso puts the power to use very well.

Fed to the front wheels via a slick five-speeder, the little hatch feels nimble and alert – just what you want in a city car. Three-cylinder engines are inherently vibration prone, and this K10B powertrain is no different. At idle, there’s a notable vibration that permeates the cabin. To be fair, this criticism can be levelled at both the S-Presso’s rivals, the Datsun Go and Renault Kwid.

High speed stability is, in short, excellent. The narrow tyres and tall ride height may put doubts in your mind, but at the national speed limit the S-Presso displays adequate levels of stability. At that speed, wind noise and tyre roar is noticeable. In town, the steering is not as crisp as other Suzuki products. At low speeds, it feels vague, which can diminish the otherwise excellent manoeuvrability.

With a 27 litre fuel tank, one would think you couldn’t go far before visiting your local fuel station. But again, the S-Presso surprises. After a week behind the wheel, I managed to cover 400km – with the range indicating 40km down to empty. That’s exceptional, with overall fuel economy sitting at just 5.3L/100km. Aside from the low fuel bills, the S-Presso comes with a standard two-year/30,000km service plan, besting its rivals. A five-year/200,000km warranty is part of the package.

The S-Presso is an accomplished little car. Not only is it well-equipped, but it provides acceptable performance and incredible fuel economy. Even at the low price of R163,900, Suzuki hasn’t skipped on the basic safety features. If you’re in the market for an affordable first car, or a parent looking to purchase a starter car for your child, Suzuki’s smallest offering is a compelling product.