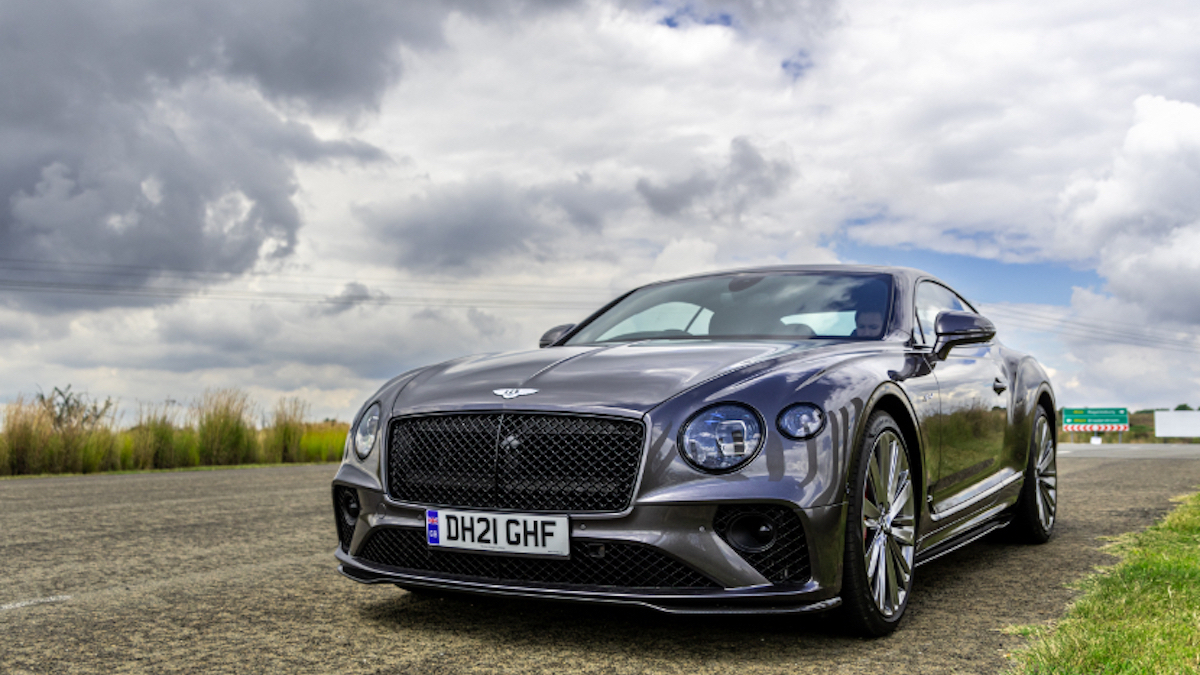 Bentley has stopped making the Mulsanne and that makes me incredibly sad. Somehow, a world without a hulking four-door Bentley saloon just doesn’t seem right. In my eyes, that would be like Porsche not offering the 911 as part of its range. But it’s in this brave new world we find ourselves and it is time to see if the flagship mantle can pass to the Continental GT.

The first-generation Continental GT launched in 2003 and, understandably for many, defines the Bentley brand, having become synonymous to Bentley and undoubtedly its biggest marketing presence. As we are now into the third generation of Continental GT, it certainly has the longevity, but can a grand tourer actually carry a brand as prestigious as Bentley?

A proper Bentley is anything but a one-trick pony. It must have presence and style that will last the test of time, look at home parked outside an old English manor house, and be able to hold its own on a night out in Dubai among all the other hyper-wealthy trying to outdo one another. It needs to be fast – relentlessly fast in fact – but convey that speed to driver and passengers in a refined, almost relaxed manner. Comfort must reign supreme, no matter how long the journey. The driver should never arrive at the destination tired; however, it should not lose an iota of composure or road holding. A tall order by anyone’s definition but if anyone can pull it off, the folks at Bentley making a GT car must surely have the best shot at it.

The new Continental GT Speed is powered by a familiar 6.0-litre twin-turbo W-12 engine. In this guise, it produces a whopping 650 hp and, crucially, 900 Nm of torque. And it’s that torque figure that really grabs your attention from behind the wheel. Not because the number is unheard of in our modern motoring world. Koenigsegg and Bugatti have regularly hit well over 1,000 Nm for some time now. It’s what the Bentley Continental GT Speed does with that torque and how it delivers it to the driver that makes it so impressive. Versatile and accessible, no matter where you are in the rev range or what gear you’re in, the driving experience inspires exceptional confidence, quite unlike anything I’ve felt before.

I have struggled from the moment I turned the key (or rather, pressed the button) until writing this article to sum up that feeling in a word. I’m afraid it doesn’t exist, such is the way Bentley has opened my eyes to a new experience. The best I can come up with is ‘stately’, but only if stately means ‘to effortlessly attack the horizon with a vigour and purpose unbecoming of a gentleman, yet maintaining composure and dignity at all times’, which it doesn’t.

The inside of the Bentley Continental GT Speed is filled to the rafters with the latest technology and all the equipment you could possibly want. I’m pleased to say that a huge amount of thought and care has been taken with the accessibility of all that equipment. This is a bugbear I’ve had with modern luxury cars for a while. Every manufacturer is constantly trying to outdo one another with the latest and greatest gadgets, permanently stuck in a race to the next big consumer drawcard, only to have the rest nick it off you instantaneously and level the playing field once again. Because everyone gets so caught up in this gadget rat race, that accessibility and ergonomics fly out the window. Before you know it, you are extremely frustrated behind the wheel and – the worst thing possible for a driver – distracted. This is not the case at all in the Bentley Continental GT Speed. I found myself intuitively operating everything as if I’d owned the car for years. What a breath of fresh air. Even though you’d expect this kind of attention to detail from a Bentley, considering the luxury segment they operate in, you’d be surprised just how many have fallen foul to this very phenomenon.

The drive itself is sublime. It’s not direct in sportscar fashion, but there is a quiet confidence to everything, which communicates beautifully while out on the road. Although the Bentley Continental GT Speed feels massive in parking lots, even with rear-wheel steering and 360-degree parking cameras to assist, it is at home on the open road, making memories through adventures.

This is where the Bentley Continental GT Speed sets itself apart from the crowd; it begs to be driven and rewards you when you comply. In the time I had the Bentley Continental GT Speed on test, I planned trip after trip, each time taking a more meandering and interesting route, such was the desire to explore. Comfort is incredible, both for passenger and driver, with seats that massage you and cosset you in the cabin. Suspension is perfectly damped, the only harshness you’ll ever feel is through extremely sharp bumps. This is down to the incredibly low-profile tyres that have no give in them whatsoever. The car is level, composed and inspires confidence on the road, giving the driver the impression of limitless capability.

In fact, the only complaint I have is with regard to one of the optional extras: the half leather, half Alcantara wheel. It feels bizarre and I never got used to it, so my advice is don’t choose it.

If you’re in the market for a GT car, this is it. This latest version has shown how far the Bentley Continental GT Speed has matured since launch almost 20 years ago and it’s better than ever in every single way.