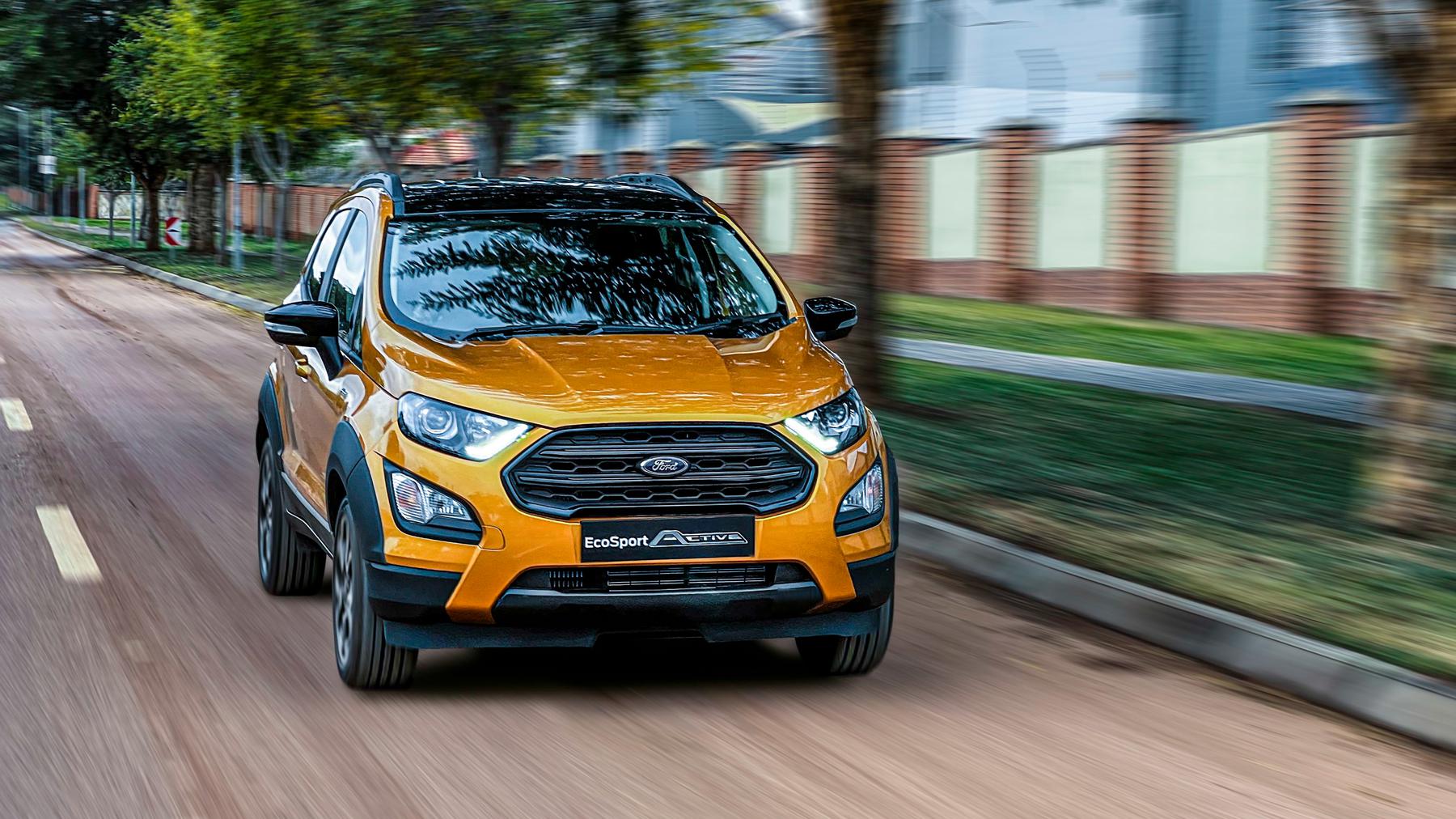 They say that the best time to buy a car is when it reaches end of life because the car will be at its best. The EcoSport, having been around now for ten years has, justifiably, had many positive words written about it and it spent a majority of that life at the top of the sales charts in the segment.

But is this the end? The last hurrah? The swan song?

The Active, as it has been dubbed, is loaded with all of the best equipment from the EcoSport stable, plus some rugged new styling featuring gloss 17” rims, which I have to admit, work in tandem with the black roof off burnt orange that is one of the 4 colours available on the Active range.

7 air bags, the famed 1.0 litre turbo with 92kW and 170Nm mated to the widely-used and trusted 6 speed automatic gearbox, Android Auto and Apple Car Play (AAACP) and an 8” infotainment console ensure that the EcoSport Active is ticking boxes all over the place. There’s no lack of safety either with ABS, ESC, EBA and HLA (hill launch assist). A 4 year / 120,000 km warranty adds peace of mind.

After a full the road test we’ll fill you in with more details on how this newest iteration handles and feels – at launch it has the same solid reassurance we’ve come to expect from the EcoSport with peppy performance and confident dynamics. There are very good reasons why they have sold as well as they have. It’s a great little car and nothing has changed that.

But it is the inclusion of the FordPass Connect that I want to talk about. New to the EcoSport range, FordPass sees a modem embedded into the EcoSport that enables connectivity and communication with your vehicle via your smartphone. Most importantly, with the embedded modem, your car can connect to Ford.

So whilst the app, perhaps predictably for a launch, didn’t work on yours truly’s Galaxy S21, by the time the test car arrives we will be able to remote start the car from the app.

The ramifications of this extend far beyond the trite. The EcoSport is an entry into the SUV/Crossover segment – and is the first vehicle in the segment I’ve seen with an app like FordPass at this pricing point – and this is just the start of big things.

This is very exciting stuff folks. Sure it sounds a bit hum drum and trite to begin with – remote starting of your car – but when the rest of it starts to fall in line the possibilities are endless.

And this for me is the most exciting thing about the EcoSport Active.

It is not an ending. It is a beginning.