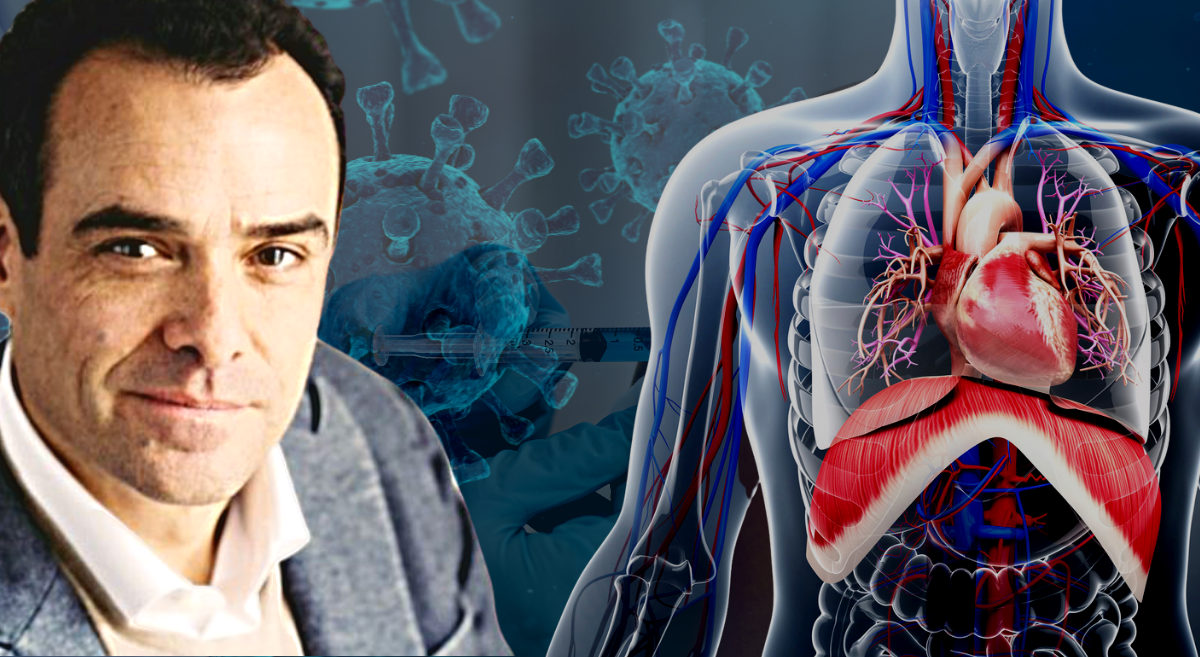 Last year June, BizNews published an article by Marc Girardot, a member of PANDA and one critical thinker, the likes of which have been in woefully short supply since the introduction of Covid-19 to our lives. His article did a deep-dive into natural immunity vs vaccine-induced immunity; it was impeccably researched and well worth reading. And it was spontaneously endorsed by Prof. Michael Levitt, the only living South African Nobel Prize-winning scientist. One year on, Girardot has made significant progress in his genuine attempt to uncover myriad myths surrounding Covid-19, the current vaccines as well as the vaccination techniques used, as is evident by looking at his Covid Myth Buster Series on Substack. In this thorough and fascinating interview, Girardot tells BizNews of the progress in respect of his findings. Girardot talks extensively about blood brain barrier disruption and highlights how these vaccines have the potential to create a wave of neurodegenerative diseases, adding a new urgency to stop the ‘vaccine dystopia’. Of particular interest is his finding that it is, in fact, not the spike protein that is the culprit and that the fundamentally flawed vaccination technique carries just as much risk as the Covid-19 vaccines themselves. As is customary, in order to provide readers/viewers with both sides of any story, BizNews reached out to several general practitioners for comment, neither of whom was willing to do so. A request for comment was also sent to the South African Medical Association to which no response was received. – Nadya Swart

Marc Girardot on his experience working with vaccine technology

Okay. So I think there are two aspects to it. One is on the first part of the epidemic and the second part is on the vaccine. On the epidemic. What it taught me is that the immune system works with packets a bit like IT you know, it works like an Internet protocol. It just works with packets it can deal with. One of the technologies I had been working on, the company I worked for developed what is called a pathetic vaccine. Basically, with a strip or string of eight to 12 amino acids, you can trigger an immune reaction that is specific to that. So the immune system works like a modular system and is agnostic to the novelty. It is looking for that special message and is going to target it. And that was my first lesson learnt from my experience: we had trusted immunity because the SARS-CoV-2 is a coronavirus and therefore shares a great deal of common genetic material with past coronaviruses.

On the importance of where a vaccine is injected

To answer the second part of your question, where you deliver a vaccine is very important in terms of its effectiveness. This was one of the greatest advantages of the company I worked for. They had to work not only on the message and the packet; if you will, the genetic targeting. They  also had worked on where  and how you do it because it’s fundamental. Bodies have evolved and the immune system has evolved in response to a host and therefore it has built a two-pronged response; mucosal, you know, the nose and in the mucus of the lungs. One of the things I have been saying, along with many others, is that the vaccines could not be effective because they are injected intramuscularly. And it’s very difficult to stimulate an immune response in the mucus.

On the difference between intravenous vaccination and intramuscular vaccination

The big difference between an intramuscular injection and an intravenous injection is that when someone injects a vaccine into your muscle, your muscle plays the role of a saline bag. Like when you go to the hospital for an operation, they put you on an intravenous drip. The idea of a saline bag is to slowly diffuse a product into the blood. The muscle does the same thing, which is good. Now, the question is, why? Why are they doing it that way? Why can’t they just inject you with whatever product they put in the drip to put you to sleep or an antibiotic, etc.? The reason is because if you inject it in one go into the bloodstream, it creates a bolus, basically a cluster of that drug. In the first few minutes, it’s going to have more impact in certain areas.

This is why the medical community throughout the world has been doing it that way for four decades. The point I am making is that you would need to stimulate the immune system in the mucus to push back the virus at its entry points, which makes a big difference between natural immunity and vaccines; that fundamental difference. The vaccine is creating an immune response – which is reactive and is called humoral – in the tissues and in the blood. It’s not outside of your body in the mucus. The mucus is a bit like a second skin, you know, in our mouth or nose, etc. And that is where the virus is going to enter. So that’s where you need to stimulate an immune response ECG and resident memory T cells and these vaccines have been proven not to do it.

There is a lot of incompetence. Another aspect is the ‘religion’. I mean, a lot of people are not behaving scientifically with regard to this thing. There’s a dystopia that Peter McCullough and Robert Malone have been talking about. There has been a panic, but there is also a religious aspect. People have been talking about this “I’ve seen God in a way, in a sacred way”.

Of course, there are people who are corrupt, who are being paid to manipulate. There is no question that some articles are too corrupt to be true. I’m not saying all of them, but some people also make mistakes. A lot of people are too deep into their science and presume things without necessarily considering the whole picture. But it’s a mix of that and political pressure. I don’t think politicians have been telling the truth and they have been pushing very hard and

influencing science in a way that is not necessarily very good.

On the dangers of the vaccination technique and a potential solution

I think there is a fundamental flaw in the vaccine technique. We need to find something that doesn’t go into the vascular system. Let’s do it in the skin of the muscle. Let’s not do it in the vascular system because it’s like shooting holes in it, which is what we’ve been doing. We are taking that risk. And it’s a fundamental organ, you know, arteries, sclerosis. Is the vascular system a problem? Diabetes is one. Alzheimer’s is one. Okay. They’re all actually tied to it. There needs to be a complete overhaul of the vaccination technique, at least as a precautionary measure.Whenever we do an intramuscular injection, we need to consider it as an intravenous injection, and do it over a minute or two minutes. That is one way to do it.