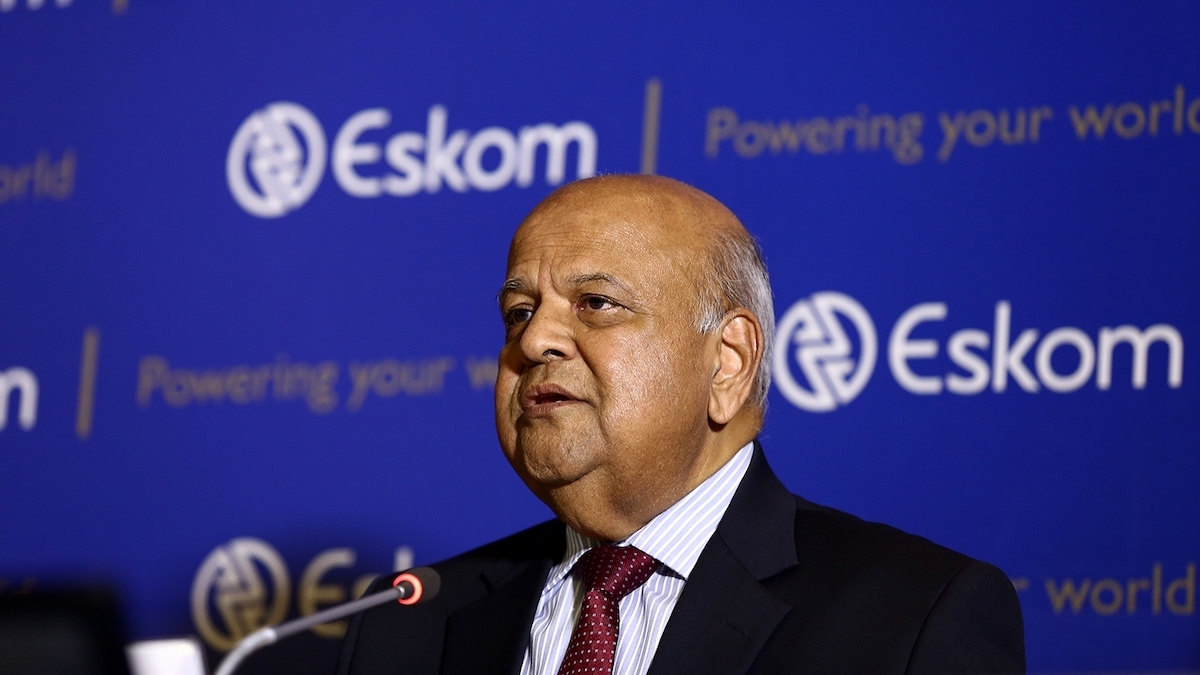 Public Enterprises Minister Pravin Gordhan informed Eskom management today that a review has been finalised and that the board will be “reconstituted and restructured,” after the country’s worst-ever power cuts in the 14 years since loadshedding began. The Economic Freedom Fighters have called for Chief Executive Officer Andre de Ruyter to be fired, but Eskom chairman Malegapuru Makgoba supported De Ruyter remaining in charge of the utility, which has had 14 leaders in the past 15 years. “I back him absolutely,” Makgoba told Bloomberg by phone. “He is the best that Eskom has had so far.” – Sandra Laurence

By Antony Sguazzin and S’thembile Cele

(Bloomberg) –South Africa will overhaul the board of national power utility Eskom Holdings SOC Ltd. after the country’s worst-ever power cuts dented confidence in the government’s ability to resolve a 14-year energy crisis.

Public Enterprises Minister Pravin Gordhan informed the company’s management on Tuesday that a review has been finalized and the board will be “reconstituted and restructured,” his department said in a statement.

In recent months South Africans have at times suffered as many as eight hours of power cuts a day as Eskom’s poorly maintained coal plants repeatedly broke down. While Eskom’s board and Chief Executive Officer Andre de Ruyter have faced criticism, Gordhan and Gwede Mantashe, the energy minister who’s responsible for procuring new generation capacity, have also been blamed for the crisis that has restrained economic growth and deterred investment.

The government has faced calls by opposition parties including the Economic Freedom Fighters, the country’s third-largest political grouping, to fire de Ruyter. Eskom Chairman Malegapuru Makgoba backed De Ruyter to remain in charge of the utility, which has had 14 leaders in the past 15 years.

“I back him absolutely,” Makgoba said by phone. “He is the best that Eskom has had so far.”

De Ruyter has said he is cracking down on corruption and increasing maintenance after years of keeping the plants running at all costs damaged their reliability.

Makgoba has called for vacancies on the board to be filled by people with appropriate skills, such as engineers.

Eskom currently has eight board members, about half the number it should have, after Gordhan failed to fill the vacancies. The current board was appointed in 2018.

President Cyril Ramaphosa is scheduled to address lawmakers on Thursday about steps the government is taking to address the blackouts.

–With assistance from Paul Burkhardt and Loni Prinsloo.