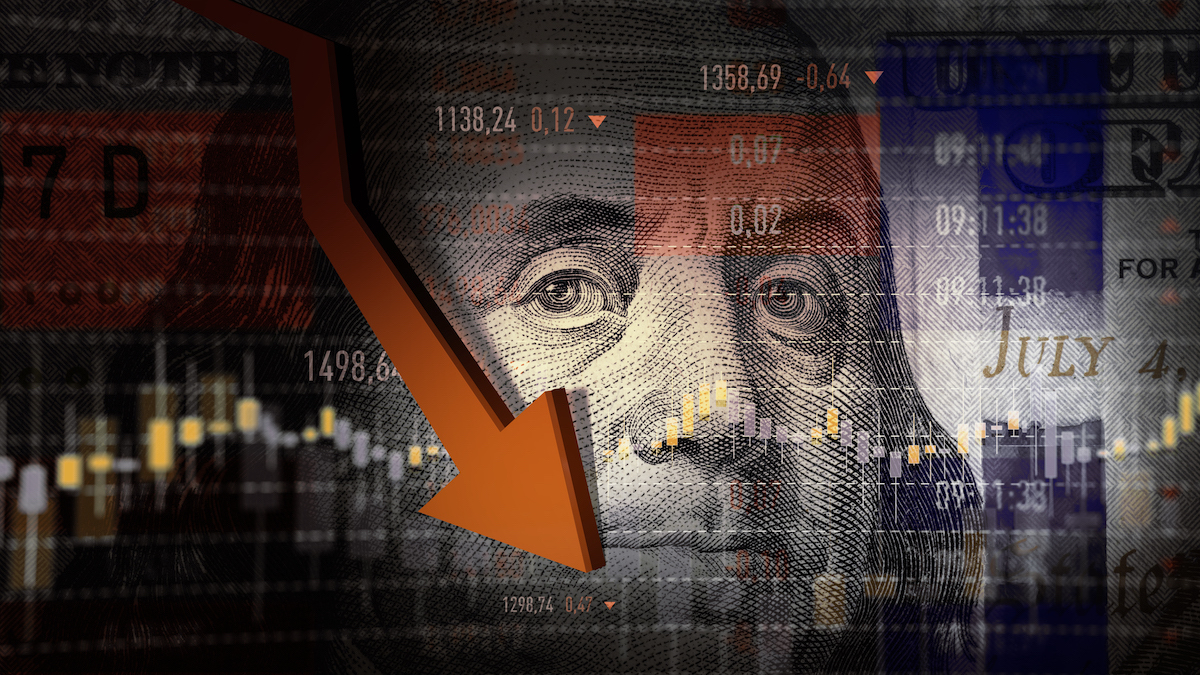 Globally, the US dollar is used as a medium of exchange and a global reserve currency. And it is strengthening as Africa is being hit hard by rising inflation triggered by the war in Ukraine. As dollar power increases, it is creating inflationary pressures across the continent, making it even more difficult for central banks to tame high inflation. Trade volumes being squeezed, tighter trade financing conditions and burgeoning debt is the result. The Zimbabwean dollar has slumped sharply and is now in the top ten worst-performing currencies of 2022. The Kenyan shilling and South Africa’s rand have also buckled under the pressure of a strong dollar. This article first appeared in The Conversation. – Sandra Laurence

The US dollar is getting stronger: African countries are feeling the pain and have few policy options

The US dollar has been advancing rapidly in response to the Federal Reserve’s resolve to keep raising policy rates for longer to regain control of stubbornly high inflation. This has far reaching consequences. The US dollar is prominently used around the world as an international medium of exchange and as a global reserve currency.

The dollar is strengthening as Africa is already being hit hard by rising inflation triggered by war in Ukraine. As dollar power increases, it is amplifying inflationary pressures across the continent. That’s making it even more difficult for central banks to tame high inflation. Additional pain will be felt as the dollar’s strength ripples through Africa, causing a squeeze on trade volumes, tighter trade financing conditions and burgeoning sovereign debts alongside surging debt-servicing costs.

Another concern is the risk of what’s been termed the dollar doom loop. As the dollar gains strength, it becomes a drag on global economic activity, pressuring other currencies to weaken and fuelling even higher dollar strength. This outcome further weighs on economic activity, reinforcing currency weakness, setting in motion a self-reinforcing feedback doom loop. One negative outcome triggers another.

Already concerns about a dollar doom loop have been raised for the global economy.

Unfortunately, African countries have few options for responding to the strong dollar. And most are challenging.

They could keep raising interest rates to fend off currency depreciation pressures from the strong dollar. But, in doing so, policy makers face a difficult balancing act as lifting rates must be carefully calibrated to avoid spurring an economic downturn.

The value of the US dollar has risen substantially since March 2022 when the Fed started its aggressive rate hiking campaign in a bid to tackle stubbornly high inflation. The Federal Reserve dollar index, which measures the strength of the greenback against the currencies of a broad group of other major currencies, has risen steeply.

The index has appreciated by about 10% since March, as Fed officials are laser-focused on fighting inflation.

This has weakened African currencies. The extent varies by country. For example, Ghana’s cedi, the Egyptian pound and the Zimbabwean dollar have slumped sharply and are now included among the top ten worst-performing currencies of 2022.

Other currencies including the Kenyan shilling and South Africa’s rand have also buckled under the pressure of a strong dollar.

The dollar’s strength comes as Africa is being hit hard by surging global food and energy prices incited by Russia’s war in Ukraine. Central banks across the region have been tightening interest rates to tackle the war-driven rise in inflation.

The dollar’s advance is intensifying inflation woes by weakening African countries’ currencies and thereby driving up dollar denominated prices of imports. As the dollar climbs higher in value, it amplifies inflationary pressures. In turn that’s making it even more difficult for central banks to curb high inflation.

Although a strong dollar does improve competitiveness of African exports, the gains from weaker currencies may end up not being substantial. That’s because exports are often invoiced in US dollars. So, while currency weakening makes goods cheaper in domestic currency terms, this does not always translate into cheaper goods for foreign buyers who pay in US dollars.

US dollar invoicing is also a prominent feature of trade financing in developing countries. Companies engaged in merchandise trade are heavily dependent on bank finance for working capital, due to the difference in timing between incurring costs and receiving payments.

In-depth studies on trade finance across Africa have been conducted by the African Development Bank. The International Finance Corporation and World Trade Organization also conducted a joint study focusing on Côte d’Ivoire, Ghana, Nigeria and Senegal.

Rapidly increasing US interest rates are a major driver of accelerating dollar strength. This has tightened financial conditions considerably for African governments with high levels of dollar-denominated debt.

Higher interest rates increase debt-servicing burdens, and have heightened concerns about debt sustainability, especially for the more than 20 African countries that IMF and World Bank consider to be at high risk of, or already in, debt distress.

Already, African loans to large creditors such as China are facing mounting repayment pressure. Most of these loans are on commercial terms and denominated in US dollars.

How should African countries respond to the strong dollar?

Options are few – and challenging. In the short term, there are two main options for African countries. Unfortunately, neither is a silver bullet.

The first is to keep raising interest rates to fend off currency depreciation pressures from the strong dollar. However, if policy rates keep going up, they will squeeze output and could cause recession in some African economies.

Lifting rates must be done carefully to avoid an economic downturn.

The second option is to stem currency depreciation pressures by intervening in the currency market.

This requires using foreign exchange reserves to support the currency. This option is not widely available. Many African countries have depleted their surplus reserves after large public spending programmes during the COVID pandemic and more expensive payments on their commodity imports. As a result foreign-currency reserves are already perilously low in a number of countries.

Given that weaker currencies increase the buying power of travellers from abroad, one option would be to boost tourism to help shore up local currencies in the medium term.