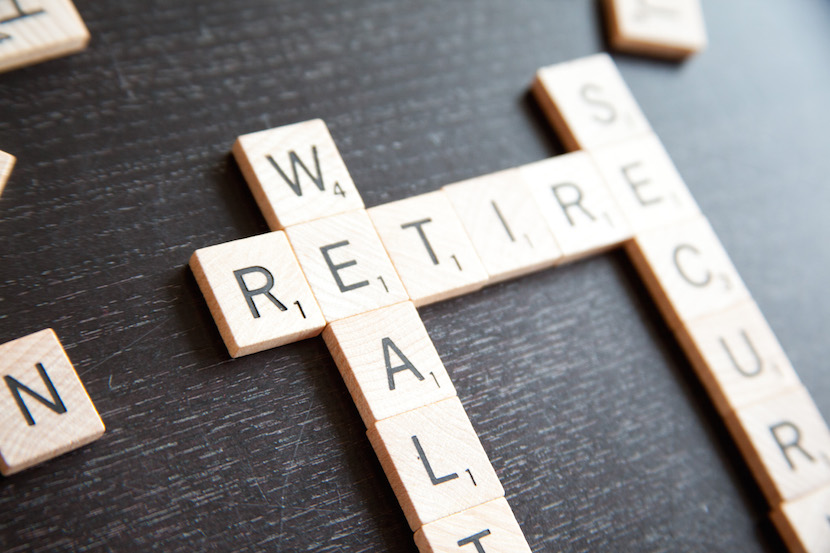 So just how much is enough? And when can I retire peacefully? Two questions any working individual will be asking themselves. And yes there are theories and many financial planners that can structure a specific plan. We all know there’s no hard and fast rule but one that is used is the 4% rule. The Stealthy Wealth blog (writer prefers to remain anonymous) unpacks this in further detail below. Some interesting conclusions, let us know if it worked for you. – Stuart Lowman

A magic formula for retirement – does it exist? It does, and it is known as the 4% rule.

This ingenious little rule takes out all the complications of retirement planning, and allows you to figure out exactly how much you need to safely retire. It also allows you to determine how much you can withdraw from your retirement savings each year without having to worry about running out of money. And it makes provision for inflation.

A lot of information on the 4% rule for retirement is available on the internet, and a number of articles and blogs have been written about it both internationally and locally (Google is your friend). I first came across this concept on Mr Money Mustache’s blog, and it literally changed my life1. It gave me an eye opening target to aim for, and for the first time I could actually put some figures down with regards to early retirement and exactly how much I needed. And it seems pretty fail safe too.

In a nutshell, the 4% rule was developed in the 90’s to figure out what would be a safe maximum withdrawal rate that would allow you to keep up with expenses in your retirement whilst ensuring you never ran out of money. What they found is that at a 4% withdrawal rate you are pretty much certain to never run out of money.
So lets see how this will help you in your (early) retirement planning. Examples work best, so please meet John Smith. John has worked out that his annual expenses in retirement will be exactly R240000 (He was amazed that after tallying everything he spent, it worked out to exactly R20000/month – what a luck, we now have a nice round number to work with)

And that is all there is to it! Simple and Awesome! You just divide your annual expenses by 0.04, and you get your magic retirement number. But there is a nice quick cut to work this out – take your annual expenses and multiply it by 25 (which is the same as dividing by 0.04, just sounds a lot easier). Using the example, R250k x 25 = R6 million.

So lets see what would have happened to John Smith (in theory) if he had retired at the end of ’99 (wow R20k a month would have got you a shit load back then!). Ok so John is stealthy and used the 4% rule to work out that he needs R6 million to retire. And in John’s perfect world of round numbers he finds he has exactly that at the end of 1999. Onward to early retirement.

So at the end of 1999 John draws down his R240000 and leaves the rest in the Satrix 40. Now I have been so kind as to pull out the actual price and dividends paid for the Satrix 40 for each year from 2000 (that’s as far back as it goes). It looks as follows (with the previous years dividends included in the returns)

Ok so lets throw John’s cash into the mix, and include some inflation…

At the end of 2000 John takes his retirement lump sum and draws out what he needs for the year. This leaves him with R5760000 at the start of 2001 which he puts into the Satrix 40. At the end of the year he draws out what he needs for the next year (his previous years costs + inflation), and so the process continues. Bear in mind that the period examined above includes the 2002 and 2008 “crashes”, but at no point is John’s capital in danger of running out. In fact John’s capital continues to outpace inflation, even with all the draw downs at the end of each year – and in 2013, 2014 and 2015 John is only drawing around 2% of his capital (so he is actually getting even richer in retirement).

Okay let’s do a little worst case scenario now. What if John was a naughty boy and karma is a bitch – so he retires just before the financial crisis of 2008:

This is not nearly as pretty, and his lump sum took some serious heat after 2008. But a mere 8 years on and he is actually looking pretty good. I am very keen to revisit this scenario in a few years time and I am certain 2008 will only be a minor blip on John’s  highly successful retirement plan.

My little scenario is over quite a small period in terms of how long the market has been operating for (unfortunately Satrix only launched in 2000). Also it assumes that you will invest all of your retirement funds into Equities.

However Mr Money Mustache did some very good analysis showing the fool-proof nature of this method, and references a study that reduced some of the market volatility by allocating some of the retirement capital to bonds. It is definitely worth a read and it will become evident just how resilient this method actually is. And even though the study is based on American returns, it is still very relevant since the real return of Bonds and Equities in the US is quite similar to the returns in South Africa.2 And if you are still a little nervous, you could build in some more safety and use a 30x multiple instead of 25x)

There is still the elephant in the room – Tax. Unfortunately this is going to affect how much you can squeeze out of your pension fund as well as how much you can draw down your funds earmarked for retirement expenses. And this is yet another reason to make your living expenses as small as possible – the less you draw down the less tax you will pay. Now I am not going to pay too much attention to tax right now. Firstly because my early retirement is around 15 years out, and a lot can change with regards to Tax laws in 15 years – it is impossible to predict what the tax rates are going to be like in 2030. Secondly there are many perfectly legal ways to reduce and even eliminate your Tax cost, including TFSA’s, and allocating assets to include some “Interest” type income. I will deal with these in another post. But in the meantime you can check out this blog post which nicely details some of the ways you can “manipulate” your tax.

One rule to rule them all

After reading all the pros and cons for this 4% rule, it has left me very convinced of its effectiveness in answering the very common question – How Much Do I Need to Retire? I am all for it and will definitely be doing a post on using it for my early retirement plan – so look out for that one.