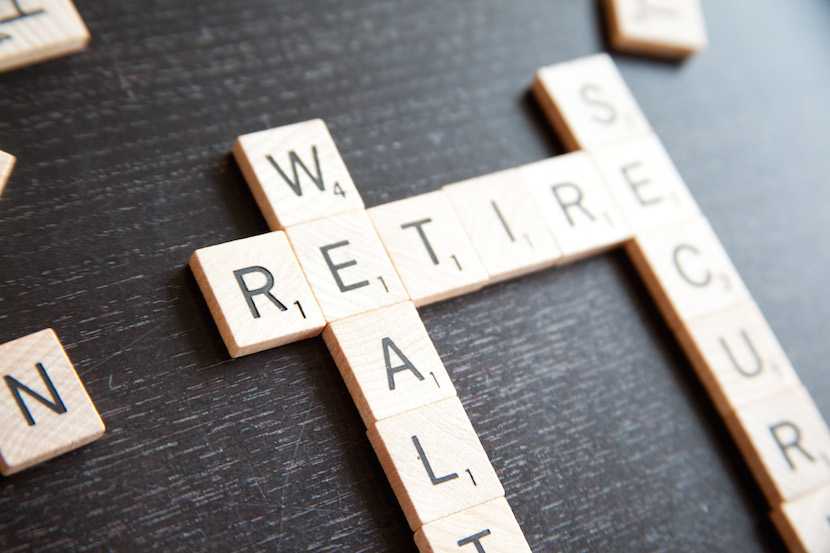 Dawn Ridler is the founder of Kerenga Wealth Ecology. The financial advisor is a regular contributor at BizNews – her straight-talking, no-nonsense attitude is a firm favourite with BizNews webinar attendees. Ridler has also penned myriad pieces on retirement in South Africa. Below, the Johannesburg-based expert discusses retirement annuities – are they dead, she asks? Her insightful piece explains, in great detail. – Jarryd Neves

Poor old retirement annuities (RA) they never seem to catch a break, and just when a few brave advisors try and bring them back into a conversation they get hammered again. Government proposals on emigration and ‘social security and retirement reform’ have once again given them a kick in the gut. Are they really dead?

Most of the bad reputation stink that RAs carry around come from the old RAs sold by insurance companies(Liberty, Old Mutual for example) – rather than the ‘new generation’ RAs from LISPs (like Ninety One, Alan Gray). I have always detested RAs on insurance platforms and tried (mostly unsuccessfully) for the last 15 years to help my clients to extricate themselves from their slimy grip and the ‘early termination penalties’ that can be has much as 30% of the capital.

Then there is ‘Regulation 28’. This is the ‘Prudent Investment Guidelines’ (we used to call it PIGs compliance) which was put in place to protect future pensioners from overly aggressive investments. In a nutshell, Equity is capped at 75%, Offshore is capped at 30%. It is this 30% capping of offshore that got pundits out there bleating. Offshore has done way better than the JSE over the last 10 years, but because they are riskier equity assets, made even more volatile by the exchange rate – large exposures could be problematic. Ironically, Compulsory Annuities (when you ‘retire from’ an RA or other pension vehicle) do not have to be Reg 28 complaint, and you can put all the capital in (Rand Denominated) offshore funds if you want.

Regulation 28 isn’t the only problem with RAs – it is the fees and how and when they are paid to brokers. The alternative to an Insurance RA is a LISP RA. These two types pay brokers and advisors differently, even though the legislated ‘fee’ is the same.

If you want to find out more about RAs, I wrote a blog on it last year that you can read here:  Retirement Annuities revisited – (kerenga.co.za).

The new draft Tax legislation has increased the ‘tax penalties’ for emigrants.

There is a lot of heated rhetoric out there over this new ‘penalty’ – mostly born out of frustration, but also because bad news sells and gets clicks and eyeballs. Basically, if you decide to become non-resident for tax purposes (in the previous iteration called financial emigration) then you will not be able to ‘commute’ (cash in) your RA for 3 years, and it will be taxed ‘as if’ you had withdrawn the day before you emigrate, and interest paid on that tax at 7%pa (currently). This may or may not be ‘legal’ (double taxation agreement breaches, potentially), but that is beside the point… If you wanted to use your RA proceeds to fund your emigration you’re out of luck. This is going to impact investors under the age of 55 most.

Yes, this is your money, and you should be able to do with it as you please but let me make an unpopular observation…

There are numerous ways you can save money that are not governed by the Pensions Funds Act and its various restrictions: – money market, flexible investments, endowments and sinking funds. When you make an investment, the first question any Financial Planner should ask you is ‘what is the objective of the investment’ and ‘what are your future needs’. Retirement Annuities have the objective right there in the title… Retirement.

The last redeeming feature of a RA is the Tax break

If you drill down into the tax benefits, the more you earn, the higher your tax bracket, the more this makes sense.

Let’s look at a tax example:

We’ll pick a marginal tax rate, say 40%, and an RA contribution of R200,000 per annum. (You can find your own marginal rate from the table below). 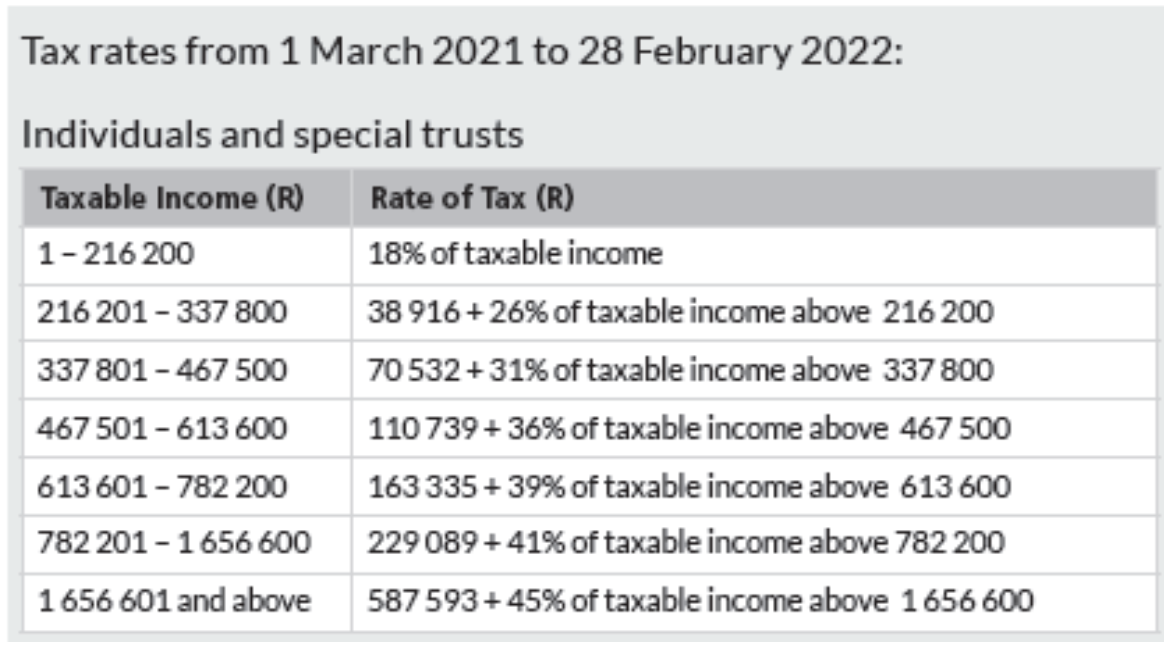 In this scenario, you’d get a tax rebate of circa 40% of the R200,000 contribution you made which is 80,000pa (roughly, it is obviously going to depend on your age, other deductions, allowances, abatements etc, but this is the underlying calculation.)

Both of these investments could be invested in the same funds, but you would have the option in a flexible investment to go beyond the ‘Regulation 28’ restrictions. You can, for example, place it in 100% Rand denominated offshore funds – or, even better IMHO, use your annual allowance to take it offshore altogether.

Now let’s look at the tax breaks within the funds (rather than the allowances you get in your income tax). In an RA there is no tax on interest, dividends tax is rebated back, no CGT – all of which would apply to your flexible investment (with some annual allowances). This increases your RA/rebate investment versus flexible investment even further.

From the age of 55 you can ‘retire from’ these RAs (unless you’ve been sucked into an insurance platform and a broker who has wanted to maximise his commission by pushing your retirement out to 65). These tax rebates are really ‘tax postponed’ – you know SARS well enough by now to know that he always gets his bite of the cherry. On ‘retirement from’ an RA that capital turns into income and is taxed at income tax rates (as per the table above).

The danger of prematurely retiring from a RA, or Preserver.

I know it has been popular in some quarters to encourage you to ‘retire from’ your RAs (and pension/provident preservers) so that you can magically escape the dreaded ‘Regulation 28’ which restricts your investments (with offshore restriction to 30% being the most problematic). In Compulsory annuities (which are a minimum 2/3 of your RA) there are no such investment restrictions. YAY!

Let’s take that R2m RA we did above, and retire from it ‘in full’:

Balanced RSA portfolios that are Reg 28 compliant have not shot the lights out, especially over the 5 yeas pre-pandemic when they returned around CPI plus 2-3% (before advisory fees). Pure equity funds were even worse, returning CPI minus 1%. Rand denominated offshore funds returned CPI plus 5-10%.

There is another often overlooked benefit of RAs, Preservers and Annuities – they are not Estate dutiable.

If your Estate is going to have to pay Estate Duty (your Planner can work that out for you) then would you rather give SARS a 20% present on your death or build up your RA over the next few years, even in retirement, to offset this? Rebates still apply and there is no requirement to ‘retire from’ an RA at any age at present. Only the capital inside the annuity is not Estate Dutiable, once it is paid out it is not.

Offshore investments come with an additional layer of risk created by the exchange rate, which doesn’t just go up, it goes down too. The Rand/Dollar is currently at 2015 levels. If you hit a sweet spot with the asset growing and the Rand depreciating, then you get double the joy. If markets decline and the Rand appreciated, then it is double the sorrow.