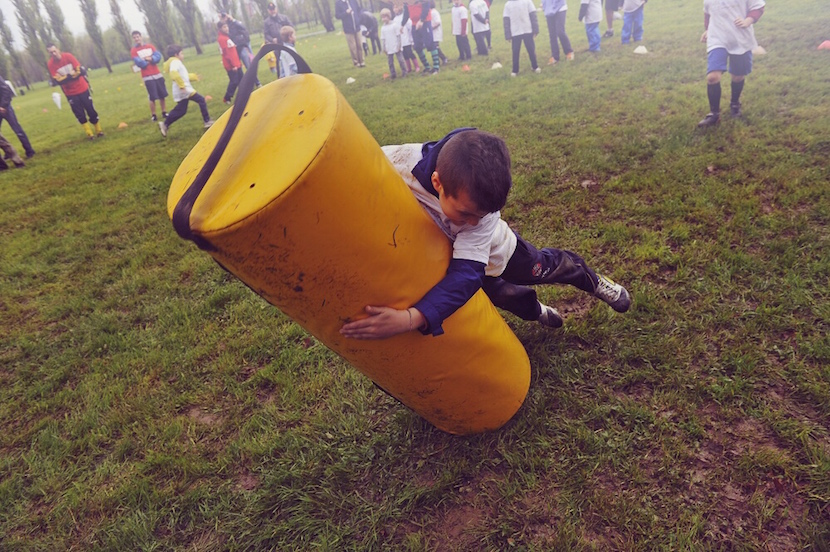 We all want our national rugby team to play hard and win big, but sometimes, you win more in the long run if you change your mindset and the way you play the game.

In my final year of high school, I captained the Wynberg Boys High School 3rd XV rugby team. We were very average. Our coach was pretty much never there as he prepared for a cricket tour to the UK at the end of the rugby season. As a result, our practices were essentially games of touch rugby and a bit of overzealous tackling practice.

Come Saturday, we were a fired-up bunch of youngsters who went into every game with a win-at-all-costs approach. It was our only strategy, as we didn’t have the coached skills a team would normally have.

I gave a rousing pre-match team talk in the change room, then we ran out there and tackled everything that moved while hoping to get a penalty within kicking range of the posts.

The more skillful teams naturally beat us, and the much bigger Afrikaans schools beat us in more ways than just on the scoreboard. But we did well with the little we had.

Though those memories are fond for me, I worry that the rugby I see nowadays in South Africa often gives me flashbacks of my beloved team of misfits from High School.

The Boks recently beat Ireland in a Test series, but the win felt almost hollow, as they were just hanging in there for a great deal of the series, trying to tackle everything that moved while hoping to get a penalty within kicking range of the posts.

This isn’t a new thing of course, this has been Bok rugby for quite some time. But why? They have the best rugby players in South Africa to choose from, and the last I checked none of their recent coaches were more focused on going on a cricket tour to the UK.

The truth is that from schoolboy rugby up, everyone in South Africa seems to be playing win-at-all-costs rugby. With schoolboy rugby getting more and more TV exposure, and a  host of ranking logs putting extra pressure on the schools to perform, result orientated rugby is stifling the development of skills and player development.

All good and well if you are the biggest and strongest in your age group, but things equal out quickly once you get into the big time. The Irish outmuscled the Boks in the first test at Newlands, after that the home team simply didn’t have the skills or adaptive abilities to eclipse their opponents in other ways, even with an extra man.

Look at the SA team at the recent World u20 Champs. They  did okay until they came up against a gigantic English team. The result? They got completely blown away.

Win-at-all-costs rugby has to be replaced with win-with-all-resources rugby. With the way the game has evolved and the amount of nations producing wonderful talent, you really  need many a string in your rugby bow, and not just a resolute defense and ‘passion’.

For too long the ‘10 man game’ has been used by SA teams to try and suffocate opponents. It’s like trying to win a football match by parking the bus from kick off.

There is so much rugby talent in South Africa, almost endless  compared to other countries. If everyone gets a look in, if everyone gets roped into the game plans, and if everyone gets the skills to do something with ball in hand,  the ways  teams can win a rugby match naturally increase.

This is the dream I had back in high school for my team, but it could never be a reality. It can for the Boks and SA rugby though, if we all get behind the change.