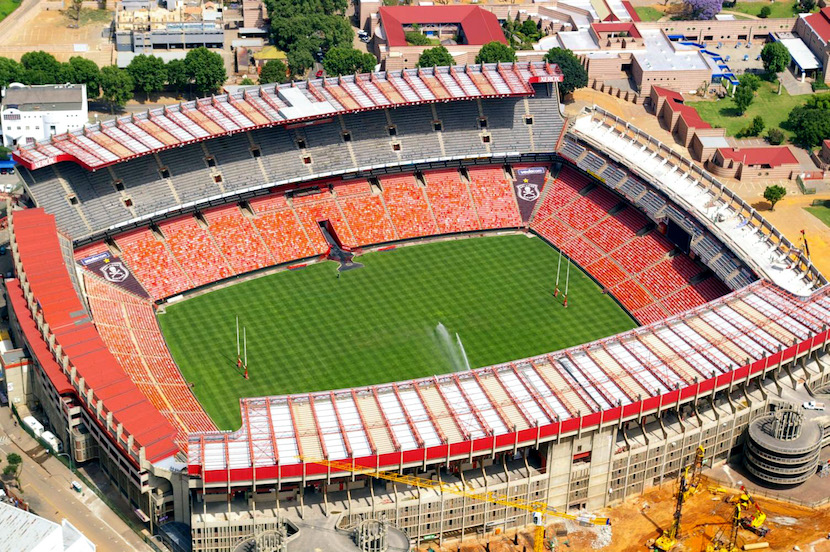 Saturday’s Super Rugby semi-final between the Lions and the Highlanders at Ellis Park is shaping up to be one of the biggest days in Lions history. They might have won the Super 10 in 1993 and reached the Super 12 semi-finals in 2000 and 2001, but the competition is now bigger, tougher and more prestigious. Such a massive occasion demands a massive crowd.

There was a fair amount of comment about a disappointing turnout for the quarterfinal clash against the Crusaders. The problem is that Ellis Park is huge. Even when 30 000 people go to a game, the place looks empty. If that many people had been at the Blues’ QBE Stadium in Albany or the Hurricanes’ Westpac Stadium in Wellington, the place would have been full. If that many people had gone to the Crusaders’ AMI Stadium in Christchurch, half of them would have been sitting outside.

One of the more splendid sights in rugby is a jam-packed Ellis Park. Remember the 1995 Rugby World Cup final. The noise made by 62 500 passionate fans is like no other. In the days when I presented SABC Sport’s rugby coverage, I’d be at the side of the field doing pre-match interviews with the coaches, battling to hear them. I’d stand next to the tunnel when the players ran on to the field so that I could experience what they would see and hear as they sprinted out. That roar, that explosion of sound was deafening, as the packed, towering stands channeled and amplified the cacophony. It was surely impossible not to be motivated by that atmosphere.

But size isn’t everything. One of my greatest sporting moments took place in a near-empty stadium, where the lack of atmosphere did nothing to dampen an emotionally charged occasion. It was almost 20 years ago to the day – 4 August 1996 – at the Olympic Stadium in Atlanta.

Watching the Lions vs Crusaders rugby game at Ellis Park. We saw our 1st concert here in 1996 – The Rolling Stones. pic.twitter.com/4lqkfmTG3t

On the last day of the ’96 Games, three South Africans lined up for the final event, the marathon. They weren’t fancied as potential medal winners, but I had met them in the weeks leading up to the race and was impressed with the confidence of Josia Thugwane, Xolile Yawa, Gert Thys and reserve Laurence Peu (Yawa suffered a stress fracture to his leg just days before the marathon and Peu seized his chance to run).

It was hot and humid in Atlanta and the Games organisers decided to hold the marathon early in the morning, so that the athletes wouldn’t be adversely affected by the stifling weather. It meant that instead of running into the stadium at the start of the closing ceremony when a capacity crowd of 85 000 people would cheer them on, the athletes would be greeted by a relatively paltry crowd and large empty stands.

I watched the start of the race at 7am on my hotel room TV. I saw the three South Africans looking comfortable at the front of the pack, realised a medal was in the offing, and dashed to the Olympic Stadium.

There must have been about 10 000 people in the stands. In an 85 000-seater stadium, they didn’t fill much space. There were enough people to make a noise but not enough to make the event a grand occasion. From the press box, I watched the drama unfold on the stadium’s big screen as Thugwane and two other athletes, Lee Bong-Ju of Korea and Eric Wainaina of Kenya, broke away and jostled for the lead.

Jo'burg traffic next weekend will be madness. Super Rugby semifinal at Ellis Park and the Beer Cup at @FNBStadium. 🙆

When Thugwane ran into the vast, empty-ish stadium, he had a lead of just 10 seconds but still had to hold off Lee and Wainaina for one lap of the track. It was agonising to watch. For the first time since the 1948 London Games, all three front-runners were on the stadium track at the same time. Thugwane held on to that slender lead to win by three seconds from Lee, celebrating as he approached the finish line by flamboyantly gesturing for a South African flag.

It was the closest finish in Olympic Marathon history and one of the greatest sporting achievements by a South African athlete – watched and cheered by a small crowd, whose exuberance made the stadium seem a lot fuller.

If you watch the final 100m on YouTube, there’s a shot of the huge, empty stands on the far side of the track. Sure, it would have been great to have 85 000 people cheer him along those last nerve-wracking 500 metres with Lee and Wainaina desperately trying to haul him in, but the enormity of Thugwane’s achievement and the enthusiasm of those who were there made up for the relative lack of atmosphere.

Read also: And the greatest stadium for live rugby in South Africa is…

There was more drama to come, witnessed by even fewer people. Hours after Thugwane’s stunning victory, the stadium was devoid of spectators. Only a group of journalists still filing their stories and a few hundred volunteers preparing for the Closing Ceremony were left in the Olympic Stadium when a runner appeared in the tunnel. He was hobbling.

He was a 21-year old from Kabul, Afghanistan named Abdul Baser Wasigi. He had arrived in Atlanta with a hamstring injury but was determined to run, and finish, the Marathon. The Olympics often produces this kind of heroism – the dogged everyman who refuses to give up. Four hours and 20 minutes after he had started the race Wasigi had finally reached the stadium.

The volunteers stopped working and cleared a path for him down the main track. They held a piece of white tape on which they had written “Atlanta ‘96” as a makeshift finish line. The band, rehearsing for the Closing Ceremony, broke into triumphant music. Wasigi staggered over the line, setting the slowest time for the Marathon in Olympic history. He also gave the Atlanta Games one of its most emotional and memorable moments – in front of a handful of journalists and a couple of hundred volunteers.

I really hope Ellis Park will be packed on Saturday, but sometimes you don’t need a full stadium for drama and emotion.