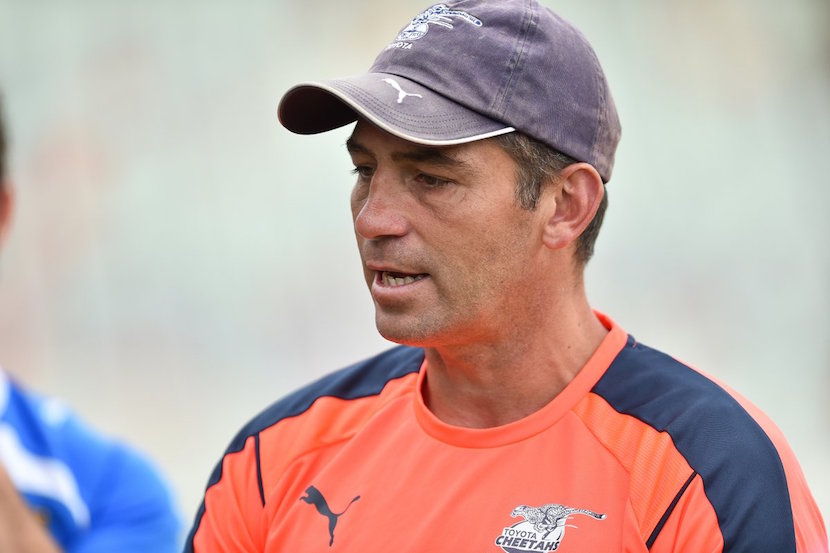 By all accounts, the Cheetahs offices were a bit of a mess on Monday morning, with the aftermath of a large party still in evidence. And why shouldn’t they party hard after going without a trophy for nine years? There was much to celebrate – not only a famous win, but a highly successful, undefeated Currie Cup season, the coming of age of a number of players (Clayton Blommetjies, Sergeal Petersen and Niel Marais spring immediately to mind) and not forgetting the achievements of coach Franco Smith. He has rejuvenated Cheetahs rugby after a Super Rugby season they’d rather forget and given them a Currie Cup season to savour. – David O’Sullivan

When you research “famous Francos” online, a few obvious ones come up pretty quickly, whether by first-name or surname.

Down in the earthy vicinity of Bloemfontein, South Africa, a few babbies-stricken but still ecstatic Free State Cheetahs fans might well protest with some conviction: “What about Franco Smith, then?”

An unassuming man who doesn’t speak in extravagant words — and very seldom reaches the levels of mid-match animation evidenced from men like Heyneke Meyer or Michael Cheika — Petrus Francois Smith, 44, has just coached the less-than-juggernaut central union to their fifth Currie Cup rugby title and first since 2007.

In doing so, they rampaged unbeaten through the competition – 10 wins out of 10 – and their run included particularly emphatic victories in each of the critical semis and final phase.

In short, as worthy a bunch of champions as you could wish for in any given year.

Let’s not be so ungenerous as to pee on the parade by reminding that the modern format of the competition sees it stripped of 30 or so of the country’s Springboks.

Well done Cheetahs coach Franco Smith. Now for your next assignment with Allister Coetzee at the Springboks. #SSRugby #CurrieCupFinal

It is what it is, with different value and purpose these days, and Smith’s charges managed to be a truly feel-good story, regardless of the backdrop.

I still have my doubts, as expressed last week, as to whether they are ready to make a pronounced step upward in Super Rugby just yet; their roster for 2017 will be a stiffer one than this year’s was, so maybe just emulating or fractionally bettering their 2016 showing in a year when they tackle the five-strong might of New Zealand’s finest could be viewed as progress?

Yet those are thoughts for another day.

In a fragile national climate, it is wonderful that Lichtenburg-born Smith is just another of a swelling group of determined, innovative young rugby coaches in South Africa doing their damnedest to prosper against a rising tide of domestic drawbacks.

Just as gratifyingly, and in a move for which embattled Springbok head coach Allister Coetzee is to be thoroughly commended, the Cheetahs mastermind now moves seamlessly and invitingly to a higher tier as he assists – backline and general skills departments, especially – in Coetzee’s back-up team for the traditional end-of-year tour.

Don’t expect an instant turnaround to tottering Bok fortunes simply because Smith will inject a limited dose of his wisdom over the next few weeks in chillier, notably gloomier climes than the Vrystaat.

Cheetahs head coach Franco Smith and Lions defense coach, JP Ferreira, have been added to the Bok management team for the end of year tour.

But it seems a firm step in the right direction, and something that could bear tangible fruit down the line for Coetzee … don’t they say that the best leaders are those prepared to be properly “challenged” by others, rather than simply surrounding themselves with nodding heads?

Smith is rightly in vogue, and a cross-section of the SuperSport pundits involved in presentation of Saturday’s Currie Cup final were not shy to demonstrate their admiration.

Naturally Nick Mallett, never short of an opinion which explains why he sounds hoarse so often, led the salaams.

That was to be expected for other reasons: it was Mallett, during a record winning sequence as Bok coach in the late 1990s, who was responsible for giving Smith all of his nine Test caps as a player, recognising the cerebral qualities as a utility element you got from him even if he wasn’t ever going to be a Michael du Plessis or Danie Gerber for true X-factor.

Smith started his international career as replacement flyhalf, off the bench, for Jannie de Beer in the Boks’ famous 68-10 trampling of Scotland at Murrayfield, and ended it – his only defeat among the nine appearances – in a 34-18 reverse to New Zealand at Loftus in August 1999, when he was the inside centre and midfield partner of Andre Snyman.

First and foremost, Mallett said he believed Smith had created an environment conducive to his initially relatively modest squad of Cheetahs players punching well above their anticipated weight.

Franco Smith has done an amazing job with this young Cheetahs team!

“If players are happy, even with less money (than others elsewhere), it means a lot, and you have a better chance of keeping them.

“This bunch might become a little like the Lions, who’ve been together under (Johan) Ackermann for some three years.”

Mallett, far from a stranger to Italian rugby, believes Smith cut his teeth quite critically at coaching level – “he really learnt a lot there” — in his time at the helm of Treviso (2007-13), which included overseeing their march to the country’s Championship title in each of 2008/09 and 2009/10 from previously more humdrum terrain on the table.

“He is innovative, and will be a fantastic addition to the Bok set-up.”

Another Bok flyhalf icon, Naas Botha, added: “He’s brought the Cheetahs a way to play that they really enjoy. The work-rate of that back three (Clayton Blommetjies, Raymond Rhule and Sergeal Petersen) is phenomenal.

“He has also sorted out their nine and ten area … Niel Marais used to be a slow sort of flyhalf. He’s a good player now.”

Should we suggest Smith become branded “General Franco” at some point of his fast-rising coaching career?

Probably not … there’s too little of a jackboot dictator in him.