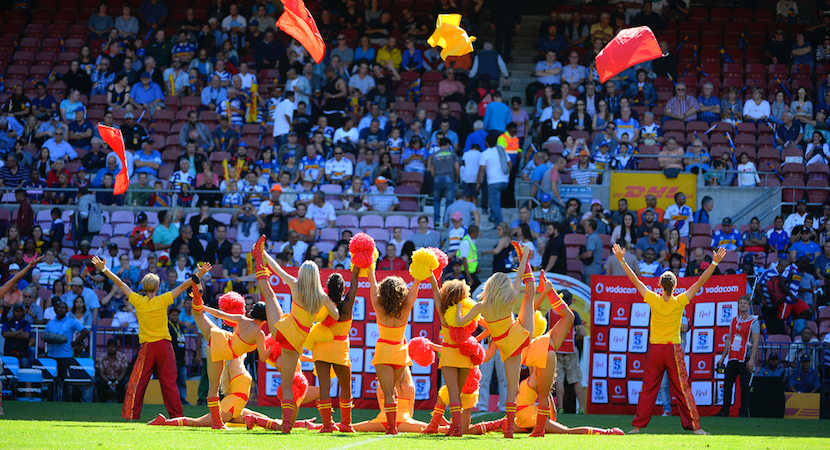 With two teams destined to be struck from the tournament, Super Rugby in South Africa is facing its biggest-ever threat. But the franchise can survive and thrive, as long as it gets back to basics and puts the focus on the most important people in the stadium. The Fans.

The dust still hasn’t settled since it became official that South Africa are to lose two Super Rugby teams from the Super Rugby tournament from next season.

It has not been decided which two it will be, but the front runners so far are naturally the Kings and Cheetahs. Historical performance comes into the reckoning here, but it’s time we broadened the gaze on how our Super Rugby franchises are judged and run each season.

For far too long, there has been a belief that fans will just keep watching their teams. But with  dwindling crowds and a general drop in interest in Super Rugby, this doesn’t appear to be the case, and perhaps this essential ‘downgrade’ is the wake-up call that is needed.

The Stormers’ recent win over the Chiefs showed that this tournament is still special, and the love for Super Rugby in South Africa is still very much here. These games aren’t the norm though, and it is up to the franchises to do what they can to get people behind their teams, into the stadiums, and create fresh fan cultures.

The days of complacency are over, new audiences need to be attracted, and unique experiences need to be created. We can continue to argue over wanting strength versus strength rugby on the fields, but our Super Rugby franchises need to accept that they are in the business of creating fans.

The days of provincialism and traditional rivalry are being superseded by people just wanting to be entertained. The old die-hard fans are a very rare breed nowadays.

American sports are naturally rather advanced in this area as they have had a longer professional history, and have teams based in first world metropolises. So much can be learned from them.

For example the Yankee stadium in New York has just undergone an extensive renovation project to make the fan experience something to really look forward to. There are special areas for kids and families, viewing decks where you can mingle and enjoy a drink from a different vantage point, even special ‘Instagram’ friendly areas for sharing photos and charging your smart phone.

What do the stadiums offer in South Africa? Basic places to buy basic food and drink, and a basic seat to watch the action. Enough for some, especially as rugby is only an 80-minute affair, but is it enough for new fans who are used to more from music festivals and urban experiences?

Read also: Ben Karpinski: How to be the most Super Rugby fan in your family. Ultimate guide.

Every rugby stadium in South Africa could feature a permanent performance stage behind the posts at one end of the ground. With the backdrop of a proper big screen, your ticket could see you enjoy a pre or post-match concert with musicians or performing acts.

All too often you see so many empty private suites, even at the big games. These can be converted into special fan zones where, at a premium, you can buy a ticket and enjoy a special experience with unique hospitality.

Are teams utilising social media to its full potential? In America, sports teams have reinvented themselves by applying themselves on these ‘new’ platforms, not only for exposure, but for all-important interaction. Sports fans love social media, as sports fans have a lot to say.

This creates great opportunities for teams to build loyalty, by dropping the corporate tone and embracing the fan voice.

Happy and engaged fans buy tickets and merchandise, and most importantly talk about their teams to others. The days of ticking boxes is long gone. More needs to be done, and this trend will only continue as the fans crave more.

The business of creating fans now has to be the focus for these remaining four Super Rugby franchises. It really is as simple as that.