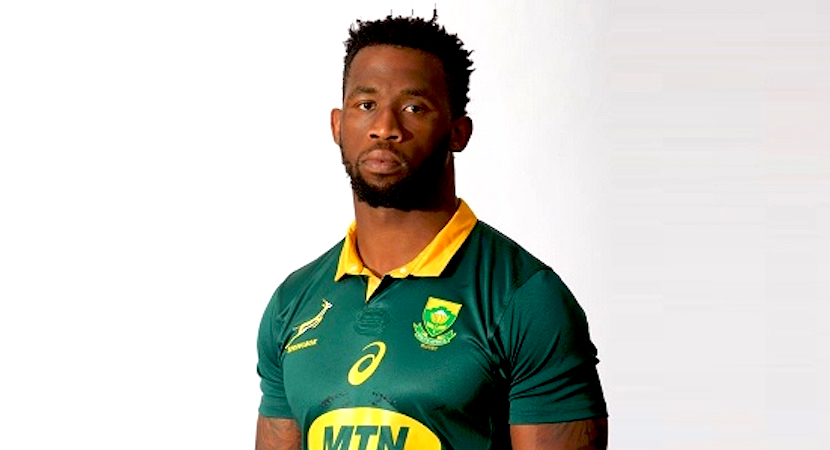 The new Springbok rugby captain has a powerful story to tell of overcoming hardship and making his way to the top through sheer talent, determination, and strength of character.

June is a significant time in the rugby year, as test matches return to our stadiums and screens. This June is particularly significant, as Rassie Erasmus begins his tenure as Springbok coach. Tasked with changing the fortunes of the Springboks after two forgettable seasons under Allister Coetzee, Erasmus has his hands full.

But he is not alone on this journey, having appointed Stormers captain Siya Kolisi as his Springbok captain. Some say Erasmus was pressured into picking a black captain, or that Kolisi can’t guarantee his place on current form, so there is no way he can be a successful captain. The man himself admits that 2018 has not been his best, but he is so much more than one average Super Rugby season.

In recent years, Siya has been a standout player in the green and gold, and all things considered he is perfectly suited to lead the Boks into a bold new era. He is the captain for the change the Springboks need.

Born on June 16th 1991, Siyamthanda Kolisi wasn’t destined for greatness. His upbringing was much like the ones millions of South African children face each day.

He was born to young parents who simply couldn’t provide for him. His mother was 16, and his father who was in matric at the time, upped and left for opportunities elsewhere.

Siya was incorporated into the greater family structure from his father’s side, and with that came a hard and hungry life in the township of Zwide, outside Port Elizabeth.

Though many other players have a touching back story, one where adversity is overcome to achieve a lifetime goal, Kolisi’s story defines the very character of the man and why he is the new Springbok captain.

The one thing his dad did pass on in those early days was his love for rugby, and after picking up the game at the age of 8, this was what was going to be his big catalyst for change. While playing for Emsengeni Primary against the much more fancied Grey Primary, he caught the eye of the Grey coach, despite his team suffering a humiliating defeat.

The young boy from Zwide played his heart out that day, and soon found himself playing in the colours of Grey as he moved into their high school ranks with a full scholarship. The change in setting allowed him to dream for the first time in his life and his rugby career was set in motion as a result.

He arrived at this new school barely able to speak English. But he changed that and made great strides academically. Craven Week honours then followed with Eastern Province, then a spot in the South African Schools team.

Though much was changing in his life, thanks to all the hard work he was putting in on and off the field, he never changed who he was. He would always return to Zwide to spend time with family.

There were changes here that was shaping his life too. His mother sadly passed away when he was just 15, leaving behind two half siblings Kolisi barely knew, but certainly cared for. Liyema and Liphelo lived with their father, but when he too passed away, social services picked them up and at the time Kolisi felt he had lost them forever.

Gone without much of a trace, his own home was about to change with a move to the Western Province rugby academy in Cape Town. Now out of school, the distractions of adult life would certainly test his resolve. But he stuck to his focus that rugby was a path to a better life.

He made his debut for the Stormers in Super Rugby at the age of 20. Then at 21 he was capped as a Springbok, the 746th South Africa to have earned the honour. He was living out his dream.

He still searched for Liyema and Liphelo though, spending most of his off season time doing so. Knowing he could change their lives for the better now he was established in his career, he was unrelenting. Eventually he found them, and though only 23 at the time he fought for the right to look after them as their legal guardian.

When you fast forward to today you see a man who is now 26. Together with Liyema and Liphelo he has two young children of his own with his wife Rachel. When he leads the Boks onto the field of play, he isn’t just a natural choice to do so. He is living proof that the outcome is always worth the effort, that you don’t always end up where you start in life, and that someone who can effect positive changes in life deserves to be celebrated.

In many ways the hard part of being a rugby player starts now for Siya Kolisi. There is more pressure on his young shoulders than ever before, but if there was ever anyone to embrace these changes and turn them into success, it is him.