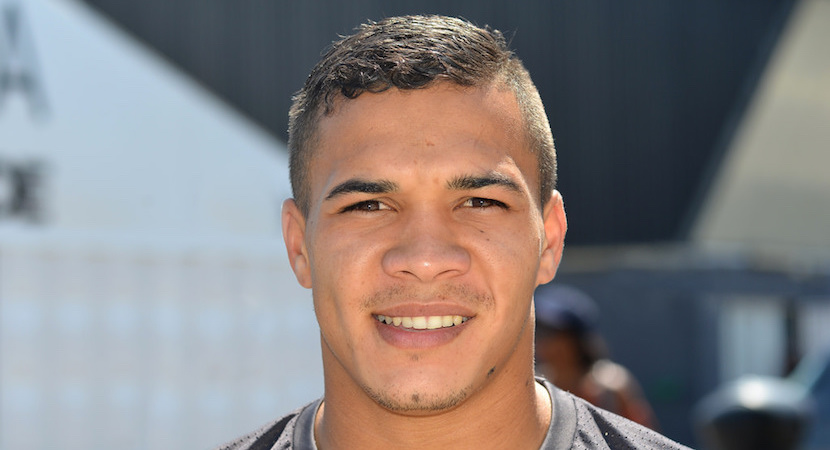 JOHANNESBURG — There was no one more surprised that Schalk Brits when he was belatedly called up to the Springbok team after attending the first Test against England at Ellis Park in June as a spectator. One minute he was waving a Bok flag in the stands, the next he was in Bok training gear providing cover at hooker after Malcolm Marx limped off injured. He even got some game time off the bench in the third Test to win his 11th cap. He would have been justified in thinking that was the end of that marvellous little adventure. Brits, in case you need reminding, retired from rugby at the end of the past English season after a stellar career with Saracens. So he’s probably as surprised as anyone to get another call-up to the Bok side. He’s in the squad for the Australasian leg of the Rugby Championship as the third hooker after Marx and Bongi Mbonambi. Surely coach Rassie Erasmus will prefer Marx and Mbonambi for the Brisbane Test against Australia next Saturday, instead of a 37-year old who has gone past the twilight of his career. It’s quite novel to see a player listed as “Unattached” instead of his team being named on the official list of squad members. Another person pinching himself will be the mercurial Stormers utility back Cheslin Kolbe, a player who joins the ever-growing list of players who were written off as “too small” to play top flight rugby, but made it into the international arena as a Sevens player and recently joined Toulouse in the Top14 league. – David O’Sullivan

Former Blitzbok and DHL Western Province outside back Cheslin Kolbe has been added to the Springbok squad for the forthcoming Australasian leg of the Castle Lager Rugby Championship as the only uncapped player.

The fleet-footed Kolbe was named in the 31-man Springbok squad for the two Tests away to Australia and New Zealand. South Africa face the Wallabies on 8 September in Brisbane, and the following week they take on the All Blacks in Wellington.

Rassie Erasmus, the SA Rugby Director of Rugby, has added six players to the squad that returned on Tuesday from Argentina. They are the 24-year-old Kolbe, Jesse Kriel and Damian de Allende (both centres), Ross Cronje (scrumhalf), Schalk Brits (hooker) and Sikhumbuzo Notshe (loose forward).

Kolbe, a former Junior Springbok fullback who was a non-playing member of the 2016 Springbok tour squad to Europe, has established himself as a key backline player for Toulouse since joining the French club from DHL Western Province. He is equally at home out wide on the wing.

According to Erasmus, the new additions give the squad added experience in some areas while also providing him the chance to continue building squad depth for next year’s Rugby World Cup.

De Allende has shrugged off his injury while Cronje, a regular in the Bok starting line-up last year, comes into the squad in a straight rotational switch with Ivan van Zyl, who will get some game time with his province in the Currie Cup.

“Cheslin has certainly grabbed his opportunities for his French club and he has earned his spot in the squad. He is in good form and we are delighted have him in the group,” said Erasmus.

“Damian was close to full fitness during our recent training camp, while Ross, Jesse and Notshe got some valuable game time while playing for their provinces in the Currie Cup last weekend.”

Schalk Brits also back in the mix. At the expense of Akker van der Merwe. Two very different animals! Coach obviously hoping for some open space in the 2nd half!

De Allende and Wilco Louw have been released to play in the Currie Cup for DHL Western Province on Friday evening and will link up with the squad before their departure in Johannesburg on Saturday.

The other players who had been training with the squad but will not travel Down Under, Van Zyl, Lwazi Mvovo, Lionel Mapoe, Marvin Orie and Akker van der Merwe, are also released back to their respective provinces.

“We would like to ensure these players remain match fit and the Currie Cup is the ideal place for them to ensure they don’t get rusty, which is why we decided it would be in their best interest to return to their provinces so that they can be considered for selection,” explained Erasmus.

The Bok squad will assemble on Saturday in Johannesburg and they fly out to Brisbane later on the same day.