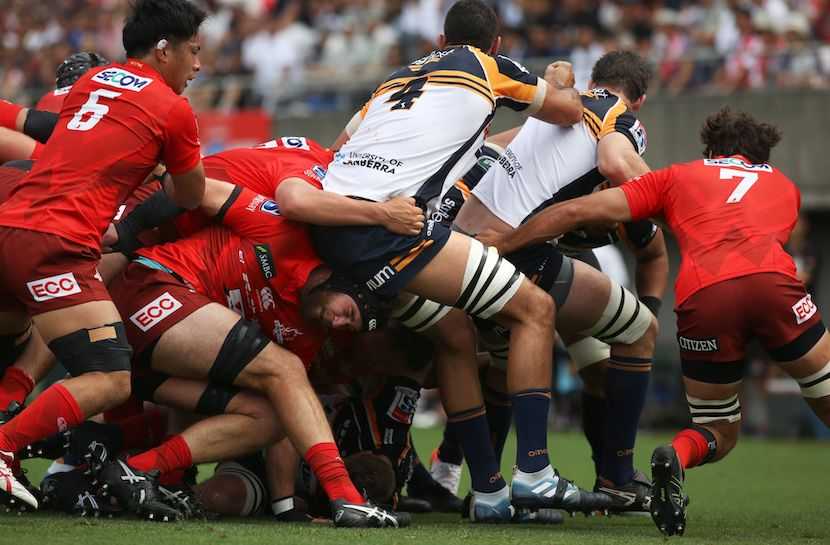 A repeated criticism of the Super Rugby format is that teams have to travel across numerous time zones. For the upcoming Super Rugby final, the Jaguares will fly from Buenos Aires, Argentina to Christchurch, New Zealand to face the Crusaders. Whether they fly east or west, they will still have to put their watches forward by 16 hours. If the old traveller’s rule of needing one recovery day for every hour in the difference in time, then the Jaguares would need over two weeks to shake off the effects of jet lag completely. New Zealand teams have proven more hardy than their Australian, South African and Argentine counterparts in coping with time differences, enjoying a greater success rate away from home. Teams have tried numerous methods to counter the debilitating effects of long-distance travel. They’ve arrived as early as possible to give players as much time as possible to adapt to the new times. They’ve arrived as late as possible so that the players don’t get too disrupted by the effects of the time change. They’ve arrived a few days before a game, but kept their eating and sleeping patterns in accordance with the time back home. None of these experiments appear to have enjoyed perfect success. SA Rugby officials might want to take a look at the research done by three Australian scientists on the effects that long-haul flights have on Super Rugby players, published on the academic news website, The Conversation. Or they could just join the Pro14 league, where time zones aren’t a factor. – David O’Sullivan

Long-haul flights and Super Rugby performance: what the science says

Super Rugby is arguably the highest expression of rugby at club level in the world. Its next closest rival in the world of international competitive rugby at club level is the European Rugby Champions Cup (Heineken Champions Cup). Super Rugby involves teams from South Africa, Argentina, New Zealand, Australia and Japan. As the competition is conducted in multiple countries, teams have to travel frequently throughout the six months long season.

Travel is commonly perceived as “the” major factor affecting a team’s performance. Losing away games reduces the chances of finishing high on the ladder or hosting a grand final. Ultimately, it affects the team’s chance of winning. For example, through the 23 years of the competition, only six visiting teams have won the title and only twice has that occurred following international travel to play the final.

We set out to establish whether this perception was scientifically correct. To better understand the complex relationship between regular air travel and athletes’ psycho-physiological response and performance, we investigated the impact of travel on performance during the first 21 years of Super Rugby (1996-2016).

We directly monitored players from four teams following long-haul trans-meridian travel. The findings of our research show that long-haul travel influenced team performance. However, the away-match disadvantage is likely to be the main cause of these negative effects on match outcomes. Fatigue related to long-haul travel is suggested to have a larger impact on players’ individual performance when overseas.

The away-match disadvantage is a combination of factors, such as crowd support and potential officials’ bias that deteriorates the psychological and behavioural states of athletes, along with their performance, when a match is played away.

Although travel and the away-match disadvantage have a similar effect on all teams, when a match is played against a ‘weaker’ opponent, team statistics – like the number of carries, tackles and tries – are only minimally impaired, even following trans-meridian travel. Even if the technical skills and physical performance of players are not particularly affected by travel, playing away from home may affect tactical and strategic aspects of Super Rugby matches, and negatively influence match outcomes.

There is ample anecdotal support that frequent travel can negatively affect travellers because of travel fatigue and jet lag. Travel fatigue is a state of weariness that accrues after a single trip and accumulates over time. Jet lag occurs when the circadian rhythms, which are the rhythmic pattern of all the physiological functions and systems of the human body, are not synchronised with the external clock.

This typically happens after rapid travel across time-zones. Jet lag is a common complaint reported by travellers crossing more than three time zones during their journey. Symptoms of jet lag include sleep disturbances, fatigue, changes in mood and a deficit in cognitive skills. All of these may detract from an athlete’s peak performance.

So how does this play out for athletes like those competing in Super Rugby?

Performance is complex and may be influenced by many different factors, including travel.

Over the history of Super Rugby it appears quite clear that travel, especially across multiple time zones, had a negative impact on the winning capability of the teams. However, travel fatigue itself had only a limited impact on team performance.

Super Rugby teams reach the match venue at least one day prior to the match and a full night of rest is usually enough to recover from the effects of travel fatigue. Similarly, crossing time zones appears to minimally impair performance. However, the direction of travel largely dictates the magnitude of this impairment: eastward travel is slightly more detrimental than westward travel. As such, for example, a team travelling from South Africa towards Australia or New Zealand will struggle more than a team travelling from South Africa towards Argentina.

This means the symptoms of jet lag are more severe after eastward travel, the time required to recover is longer and performance more impaired.

A number of specific strategies are commonly used by all teams to try and reduce the negative effects of travel. Compression garments can help in reducing travel fatigue and reduce the risk of cramping or even deep vein thrombosis whilst travelling.

Other strategies, mostly based on melatonin supplementation, can help reduce the effect of jet-lag upon arrival. Although these strategies help the team in successfully dealing with long-haul travel, team performance when overseas is still impaired.

Travel is an intrinsic feature of Super Rugby but travel variables are too many to control and therefore there is not a final solution to address all travel related issues. However, our findings suggest that, for the most part, teams appear to be successfully dealing with long-haul travel. Now they should focus on reducing the effects of the away-match disadvantage – for instance by improving players’ behavioural response when competing away from home or implementing different game plans.