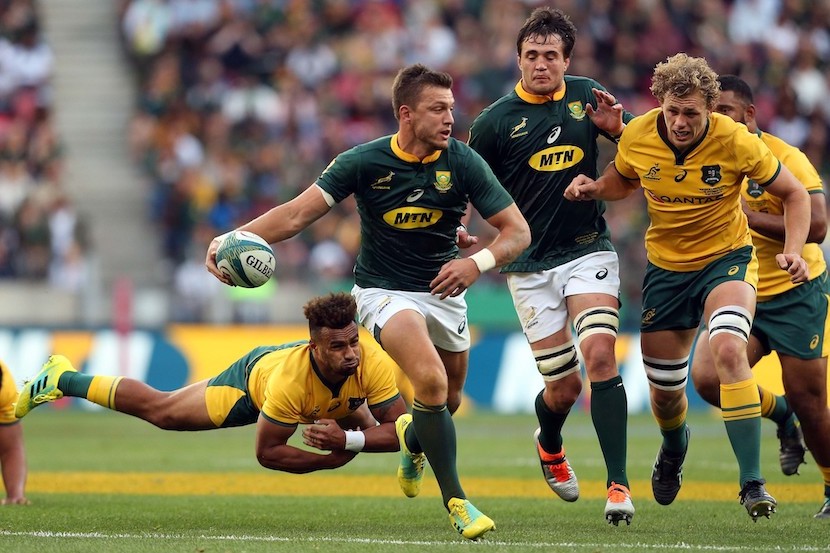 Who is going to step into the boots of Handré Pollard now that the World Cup-winning Springbok flyhalf has been sidelined with a serious knee injury for at least six months?

That’s the question ahead of next year’s tour of the British Irish Lions with time not on the side of the Springboks or their match-winning No 10. Having torn his anterior cruciate ligament injury that takes anything between six and nine months to heal, Pollard will play, at the earliest, in March 2021. With the British Irish Lions tour starting on July 3 and the first test scheduled for July 24, Pollard’s replacement becomes more than a matter of armchair speculation.

The obvious go-to is World Cup stand-by, Elton Jantjies, who is also wearing the captain’s armband of the Lions. His strengths are his boot, and his overall polished play when on form. Preferring to stand deeper, he is more vulnerable to being cut down by a rush defence.

Waiting in the wings are two players who would offer different, but complementary, play sets to the Springbok tactical set-up.

Damian Willemse of the Stormers boasts the same physique and physicality of Pollard, but is also skilful, agile and freakishly talented. While Williams would benefit from game time against a quality opposition, the youngster needs to learn the finer art of tactical kicking and work on his decision-making.

Knocking even louder on the door is Sharks pivot Curwin Bosch who has had an outstanding Super Rugby season, that is, before the coronavirus disruption. Under new coach Sean Everitt, the 23-year old Bosch has thrived and showed he could adapt his play and not be beholden to a game plan.

Springbok coach Jacques Nienaber will sleep a little easier, knowing that he has some tantalising options at flyhalf.

On a different tack, the Springboks may well be absent from the hastily-arranged Rugby Championship from November 7 and December 12 in Australia. With defending champions South Africa, New Zealand, Australia and Argentina scheduled to play, the reality is that putting on the tournament remains a challenge.

For one, the Springboks may be seriously disadvantaged due to lockdown restrictions in South Africa and secondly, the bulk of Argentina’s squad are playing in Europe.

The practical problem is that South Africa and home-based players in Argentina are seriously undercooked and would risk injury against New Zealand and Australia. New Zealand resumed match play three months ago while Australia had been in action for 10 weeks. By contrast, South African players only resumed contact training two weeks ago.

There is a major financial incentive for the Springboks to defend their rugby championship title, in the form of a R300 million broadcast rights fee. Whether that bonanza makes its way to the coffers of the financially-stressed union, depends on whether the Boks board the flight to Australia, less than seven weeks from now. Time will tell.