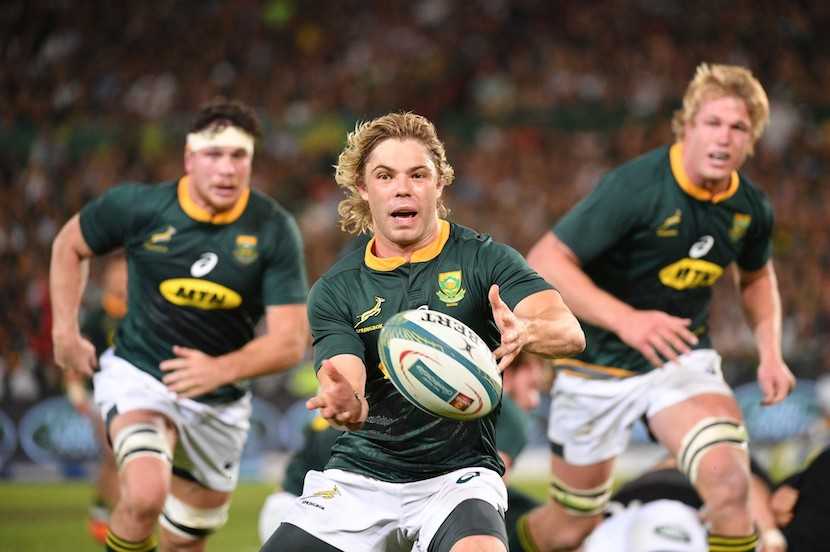 British and Irish Lions tours are steeped in tradition. A tour which graces South Africa shores once every twelve years, it is of little surprise that sport loving South Africans are salivating at the prospect of taking on the best the Northern Hemisphere has to offer. The British and Irish Lions have had a flawless tour to date, brushing aside the Gauteng Lions and Sharks with relative ease. Traditionally a ‘B’ team of sorts, the South African ‘A’ side picked by coach Jacques Nienaber will give much for Warren Gatland to think about. On paper, this essentially looks like an unofficial 4th test match. Despite one or two stalwarts, it looks by all account the Nienaber is testing old combinations that will be used come the 24th of July. Roll on ‘Hump Day’. – Justin Rowe-Roberts

Am captains strong SA A line up against Lions

Springbok coach Jacques Nienaber named 18 Rugby World Cup winners in a strong South Africa ‘A’ team captained by Lukhanyo Am for their clash with the British & Irish Lions in a Castle Lager Lions Series match at Cape Town Stadium on Wednesday.

Uncapped Joseph Dweba (hooker) and Nicolaas Janse van Rensburg (lock) were also among the 25 named – including 10 replacements from which the final eight will be confirmed closer to kick off.

The starting XV features five players who started in the Springboks’ Test against Georgia a little over two weeks ago while Morne Steyn, who kicked the penalty goal to win a series against the Lions 12 years ago, makes his reacquaintance with the famous red jersey.

“We’re pleased to be able to name a quality team with a number of experienced players despite the challenges in the last week, which included the entire squad being confined to their rooms as part of the team’s preventative self-isolation measures,” said Nienaber.

“We may have lost our captain Siya (Kolisi), but there is a good leadership core within this group with the likes of Morné, Willie (le Roux), Eben (Etzebeth), Trevor (Nyakane) and Steven (Kitshoff), among others, whose experience will be invaluable in a match against a quality British & Irish Lions outfit.

“Players such as Joseph and Nicolaas will also get their first taste of running out in the green and gold at senior level in what will mark a memorable occasion in their careers and we are excited to see them showcase their skills.”

Jasper Wiese (No 8), who made his Test debut against Georgia, joins Marco van Staden and Du Toit in the loose trio, while Rugby World Cup winners among the extended replacement squad are Vincent Koch (prop), Kwagga Smith (loose forward), Herschel Jantjies (scrumhalf), Elton Jantjies (flyhalf), Jesse Kriel (centre) and Damian Willemse (utility back). The coach is set to make the final call on which players will serve as the replacements in the next two days.

Nienaber has handed over the coaching reigns to Erasmus as he continues to self-isolate after testing positive for COVID-19. Nienaber said: “Rassie has been hands on in our coaching and team selection meetings, he helped formulate our team structures, and he knows the players and coaching staff well, so it’s not an issue to adapt.”

The Springboks arrived in Cape Town on Sunday, while the players and team management who are in self-isolation will complete their mandatory isolation period in Johannesburg before making the trip to Cape Town on Wednesday.

The match kicks off at 20h00 and will be broadcast live on SuperSport.