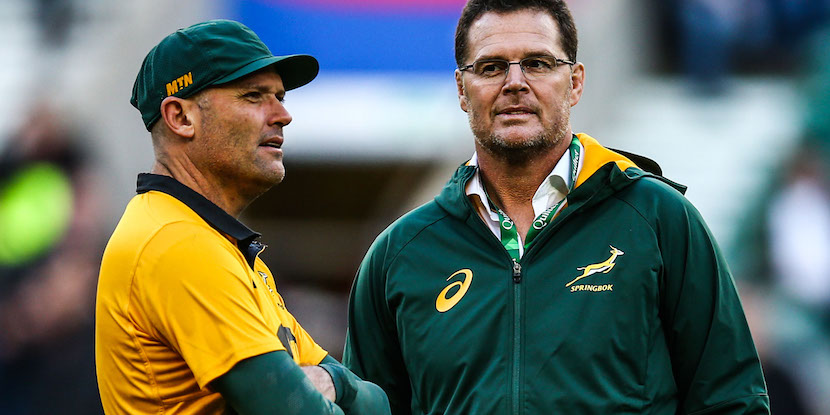 The British and Irish Lions tour are special occasions, where the top four Northern Hemisphere rugby playing nations join forces to take on the juggernauts of world rugby – that being South Africa, New Zealand and Australia every four years. This tour is no different, with the defending rugby world cup winners going in as underdogs into what should be a hostly contested series. The springboks have yet to play a test since lifting the William Webb Ellis trophy at the latter end of 2019. By contrast, the Northern Hemisphere teams have been exposed to a high-quality level of club rugby (Premiership and Rainbow Cup) and a competitive Six Nations tournament. On the contrary, locally-based South African players have not had the same opportunities to test themselves against the very best. Nevertheless, the tour should be a humdinger. Let’s hope Erasmus and Nienaber have a few tricks up their sleeves – just as they did on the 2nd of November 2019. – Justin Rowe-Roberts

Why the British and Irish Lions tour needs fans

The significance of the British and Irish Lions Tour is summed up for me by an email a colleague received.  An English associate of his was leaving his longstanding job sooner than he would’ve liked. So when he received this email he believed it had something to do with this great personal shift. It didn’t. It was to ask my colleague his thoughts on whether the Tour would go ahead, as he’d spent a great deal of time and money planning the trip as a supporter.

The British & Irish Lions Tour is rugby’s biggest and most valuable product after the Rugby World Cup –it is big for its players, huge for its fans, and critical for the rugby countries that host it. This is built on a mix of the history of these Tours dating back to 1888 and the exclusivity of them occurring once every four years on a rotational basis between South Africa, New Zealand and Australia. So the host nation gets a crack at the best of the Northern Hemisphere once every four years.

From an economic perspective, this is like knowing what the winning lottery numbers are going to be and having a year or more to plan how you’ll celebrate. But of course, that’s not how this particular British and Irish Lions Tour is going to play out, because unfortunately one of those lottery numbers on this occasion is marked “Covid-19”.

In 2019, SA Rugby president Mark Alexander declared with great optimism that the Tour was projected to create over 13 000 temporary jobs, with roughly 37,000 tourists expected to provide a R450m tax benefit for the South African economy.

So as we prepare to welcome the British and Irish Lions to South Africa, here’s a look at the full ramifications around this year’s British and Irish Lions Tour. We’ll start with the obvious. Covid-19 has not only had a devastating health impact around the world but it’s ripped through the sports industry in a similar fashion. In the United States alone, the impact of Covid-19 has been estimated to have directly affected 1.3 million jobs within the industry, and at the peak of the shutdown in 2020 was estimated to be costing the US sports industry $93,000 every minute.

The reason is simple. Fans. The sports industry drives plenty of revenue from a number of different sources, such as broadcast rights, tourism, hospitality and merchandising. But fans in stadiums is still one of its biggest revenue streams. According to Forbes, ticket sales make up almost 70% of the NHL’s annual profits, with 40% for the NBA and 38% for the NFL.

A British and Irish Lions Tour is no different. The economic success of a British and Irish Lions Tour is dependent on their travelling fans. With Covid-19 and the feared South African strain, even the most hardened Lions fans will be loathed to travel. And those that are willing could be prevented by the ban on South African travel from the United Kingdom, should the ban persist.

So who loses when there are no fans? Well, we all do.

As that email to my colleague showed, Lions fans have been planning this trip for some time. The tickets, which are not cheap, were sold out within a few hours. With that comes huge tour packages, hotel bookings and travel itineraries to tourist destinations. Everybody from large hotel chains to your local B&B and local is on somebody’s travel list with a tour such as this. Lions fans don’t come just for the rugby. They come to play golf, tour the country, drink wine, eat the food, and visit the game reserves. The world’s biggest rugby team makes a tremendous wake as it travels, and the ripple effect is huge. An inability to fully cash in now will mean another 12-year wait to try again. And as we saw during lockdown, many South African companies don’t have 12 years. It took just five months to sink many of them.

The chance to truly benefit from this Lions tour cannot be overstated. As mentioned, this is rugby’s perfect storm. The Springboks are world champions. They’re facing a Lions team containing many of the England players they beat in that Rugby World Cup Final. For world rugby, this is that once-in-a-lifetime opportunity to watch the world champions take on the collective might of Northern Hemisphere rugby. For a cash-strapped SA Rugby still trying to plot an international future for itself without Super Rugby, this was going to be a very much-needed pot of gold at the end of this Rainbow Nation.

The fact that this British and Irish Lions Tour is going ahead at all is indeed something to cheer about in a bleak sports sponsorship economy at present.

But there is no doubt that the greatest tour in rugby history without fans will, quite literally, leave South African sport poorer for it.