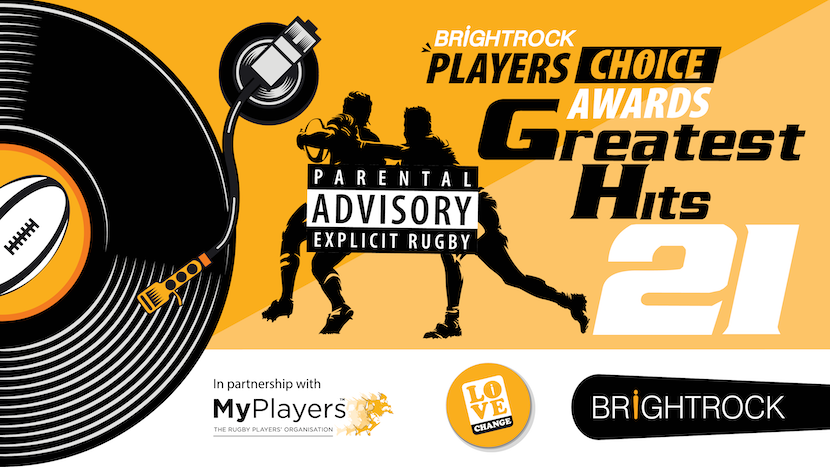 Siya Kolisi, Damian de Allende, Cheslin Kolbe, Franco Mostert, Eben Etzebeth and Lukhanyo Am have all been nominated for the coveted Players’ Player of the Year.

The BrightRock Players Choice Awards, in partnership with MyPlayers, honour and recognise the commitment, determination and talent of South African rugby players. The annual awards will see the winners in the six different categories be decided by votes from South Africa’s professional players themselves and the winners will be announced during an awards ceremony that will take place virtually on 23 September. Fans will be able to watch the festivities on DStv SuperSport channel 200 that same day at 8 pm. The Players Choice Awards Ceremony will be held earlier this year, as the United Rugby Championship will mark the start of the new season.

“A huge congratulations to all the nominees who continue to contribute stellar performances during every single rugby game. Rugby remains one of the most popular sports in our country, and we are privileged to have a committed partner in BrightRock that makes it possible for the players to have this platform where they can recognise their peers,” says Eugene Henning, Chief Executive Officer of MyPlayers, the professional rugby players’ association.

Rugby lovers will be happy to hear that the Fans’ Choice Award is back this year and fans can vote for their favourite player via an online poll. The winner of the Fans’ Choice Award will be given R30 000 to donate to a charity of their choice. Another exciting addition to this year’s nominees is the nomination of two members of the Women’s Springbok team, Lusanda Dumke and Babalwa Latsha. Their inclusion is particularly fitting with the nominees being announced during Women’s Month.

In BrightRock’s partnership with MyPlayers, the power of sport to drive positive change has been highlighted by acknowledging the amazing triumphs made by South Africa’s top rugby talent.

BrightRock Deputy CEO, Suzanne Stevens, notes, “We’re very proud to be able to partner with MyPlayers for the fifth consecutive year to acknowledge the extraordinary achievements of South Africa’s most dedicated and talented rugby players. Rugby, like life, is a game where the unpredictable is always a play away and can challenge even the best skill and preparation – something we’ve certainly seen over a very challenging and different year of rugby in 2021. At BrightRock, we love change, and we believe that embracing life’s curveballs can create opportunities, which these rugby players have demonstrated so well.”

All nominations for The BrightRock Players Choice Awards were compiled by the MyPlayers Board, their Trustees and player representatives, and the winners will be selected by the players. The winner in each category also earns the charity of their choice a R5 000 donation, funded from the players’ collective commercial rights income and managed by MyPlayers.

Here are the nominees for the 5th Annual BrightRock Players Choice Awards 2021:

2021 Forward Player of the Year

Best off the Bench