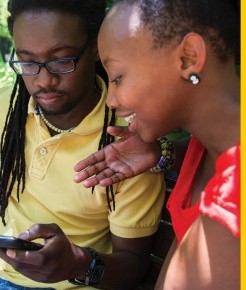 The MTN Zakhele reputational disaster took another turn today with its announcement its trading platform needs another  two weeks before it can attempt re-opening. And then only maybe. As the Press Release republished below notes, trading might resume on the 17th December. Maybe. If testing is successful. Over the past few days I’ve spoken to quite a few people involved in the process. Not, sadly, the audit firm PWC which apparently cleared the faulty system . I say apparently because that’s the word from insiders. PWC refuses to engage on the matter, citing “client confidentiality”. Pathetic. Either it did clear the system or it didn’t. We all make mistakes. Why not admit them? One only hopes the firm had the good grace to withdraw its invoice. Something else that will interest the 120 000 shareholders who were hoping to reap the four-fold increase in their three year investment is that the MTN Zakhele board opted for an alternative supplier because believed it the existing OTC player, Equity Express, needed competition. Fair enough. But the smart move would have been to share the business between the incumbent and the proposed new player. At least initially. The best way to cross a stream has always been to keep one foot on a dry stone while feeling out a wet one.  – AH

MTN Zakhele announced today that trading in ordinary shares is due to resume on Tuesday, 17 December via an online platform and call centre, provided system changes and testing processes prove successful.

The trading of ordinary shares in the R13.8 billion broad based black economic empowerment (BBBEE) scheme, which owns 4% of MTN Group Limited’s (MTN) total issued ordinary shares, was suspended two days after launch of the trading platform in November due to technical issues that arose after the unprecedented interest in buying and selling these shares.

MTN Zakhele Chairman, Thulani Gcabashe, says, “The level of interest had far exceeded expectations and the system did not cope as it was not designed for these volumes.  We decided to only resume trading when we have a robust system that has been tested against much higher volumes, for the protection of our shareholders and the security of the trading platform as a whole. We are aiming to have the necessary capacity added to the system and all changes thoroughly tested before the 17th December. The capacity of the call centre is also being increased to handle a much higher volume of calls. Should we be satisfied with the system and the results of our testing, trading will proceed.”

@alechogg Sadly it seems NO heads are rolling !

“We sincerely regret the delays and any inconvenience which users may have experienced,” says Gcabashe. “I can assure you that we are taking this very seriously and this is evident in the steps we have taken to address the problem, as well as the time we have allowed to volume test the system.”

All trades that took place prior to the suspension were efficiently matched and settled. In addition, all funds received have been allocated to trading accounts and the funds are held in a separate bank account established for this purpose.  All buyers who have placed unmatched orders that are still in the market will be contacted to confirm that their offers still stand.

“The level of interest does however remain good news for shareholders as the trading price of the shares depends on demand and liquidity,” says Gcabashe. “With this level of interest and a system that can accommodate the trading that will result from it, MTN Zakhele will continue to be a successful scheme.”