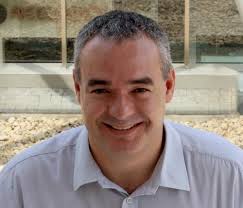 Welkom Yizani had its first positive trading session today. The shares gained 55c in the session to end at 1005c – fractionally higher than the issue price of R10. Shareholders can be pleased, however, that they are actually able to trade. The Equity Express platform has coped well – in the first day trading twice the number of shares that caused MTN Zakhele’s platform to crash. It has coped well since, handling more than 150 deals on the next two days. Welkom Yizani’s sole asset is 15% of Media24, the local print, online and magazine titles of Naspers. Over the years, Naspers has been drawn into numerous court actions by highly litigious local competitor Caxton. That’s the company which, during my semi-sabbatical, acquired control of Moneyweb, the business I started. Moneyweb is suing Media 24 over alleged copyright infringements. As a significant shareholder in Moneyweb (11%) I was hoping the matter would be settled amicably and management of my old company could focus their minds on running the business. And getting it back to profitability. After today’s announcement that Media24 is going to defend all charges in the High Court, that hope has evaporated. Like Welkom Yizani shareholders, I can only stand by and watch as our shareholders’ resources are used to make lawyers even richer because of the managers differing on an apparent matter of principle. Here’s the SAPA story. – AH

From the SA Press Association:

“There is no copyright or exclusivity in news items. No copyright exists on facts, figures, names, places, or even quotes in news stories,” Media24 said in a statement.

“These elements are not original to the reporter, and copyright and exclusivity do not arise when one reports them, even in the first report.”

Moneyweb is suing Fin24, the online business news service of Media24, for alleged copyright infringement, plagiarism, and unlawful use of Moneyweb’s content.

On December 5, Fin24’s legal team filed their answer to the Moneyweb charges.

“In the seven articles that Moneyweb complained about, Fin24 sourced news elements from Moneyweb and clearly indicated them as the source,” it said.

“This practice, of publishing news with accreditation, is an integral part of how news is disseminated and is done in all media, including TV, radio, print, and online. Even by Moneyweb.”

“I am meeting with the legal team tomorrow morning and we will only comment after that.”

Media24 CEO Esmare Weideman said that to suggest otherwise would be contrary to the public interest in news dissemination.

“It would lead to the illogical result where the first reporter can monopolise a news story and prevent another reporter from re-reporting the story’s core elements,” she said.

“Clearly this cannot be, and a contrary position would be a global first and destroy much of news reporting and many of today’s journalists’ jobs.”

“Indeed, the public policy behind news dissemination is so well recognised that South African law exempts from copyright infringement the copying from articles for news reporting purposes,” it said.

“No one has a monopoly on the news. And for good reason.”

It said the stories had included hyperlinks to the relevant Moneyweb articles.