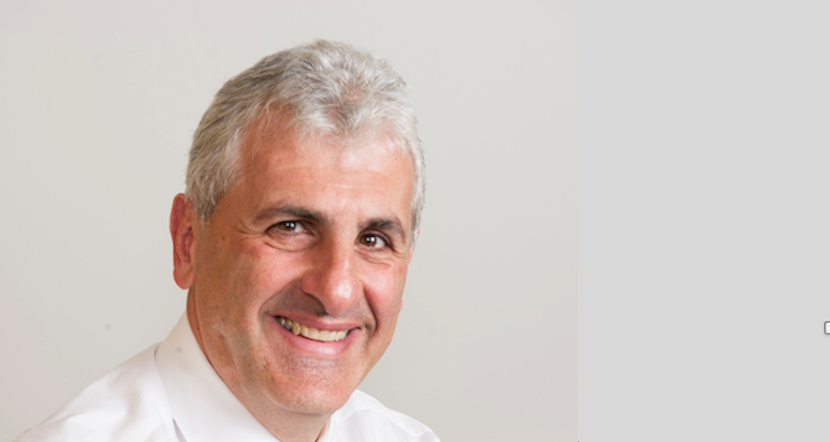 In 1998, Stephen Saad and Gus Attridge took their ambitions public through the reverse takeover by their year-old business into JSE-listed Medhold. A year later they pulled off a R2.4bn hostile takeover of the well resourced but poorly managed SA Druggists. And the rest is history. Now a multinational corporation, last week Aspen delivered another sparkling set of financial results for the year to end June. And was rewarded by investors who pushed the shares to R330 which capitalizes the business at R150bn, the 14th most valuable JSE-listed company. I got to sit down with Stephen Saad last week. – AH

GUGULETHU MFUPHI: Aspen’s full-year revenue surge by 53 percent to over R29bn. Headline earnings per share were also up by 29 percent. More than three-quarters of the company’s business comes from out of South Africa. Earlier on, CNBC Africa’s Alec Hogg spoke to Aspen Chief Executive, Stephen Saad and highlighted the fact that many South African-based companies are listing in London. Alec asked him whether they are interested in doing the same……

STEPHEN SAAD: We have considered it, but we’re not interested. I think we’re very fortunate in that… One of the reasons for listing is obviously access to capital and we’re very profitable offshore, so we don’t need it. Managing one regulator is enough for us.

ALEC HOGG: As far as the South African operations are concerned, when you look at it in isolation, there’s very slow growth, kind of sluggish year, but shooting the lights out overseas.

STEPHEN SAAD: Yes, the South African market’s really tough. We’ve seen the other listed companies’ results. It’s a really tough market and if you look at our business, we did really well in the private sector, so our private pharmaceutical business was up nine percent. Our consumer business was up 12 percent. Where we really came short was in the Government business. We’re down 30 percent, particularly the ARB business.

STEPHEN SAAD: It’s very hard to explain. The balance of our tender business was down. It’s very hard to explain when you would expect more utilisation. What we have found (and it’s improving again now) is that not all the depots are compliant with what they should be doing on the tenders. It’s quite difficult to work out exactly what went on, but it’s expensive for a factory that’s expecting some several million packs and you get 200,000/300,000. You lose 700,000 packs out of your factory, multiplied by your overhead recoveries and it does weigh very heavily on your profitability, so it’s been very bad from that perspective.

ALEC HOGG: But fortunately, you took globalised approach pretty early on at Aspen, and the size of the deals that you’re now concluding in the global markets are quite extraordinary. Just looking through the numbers again: in the past year, the £500m deal. That must have been beyond your wildest dreams when you first brought Aspen to the market.

STEPHEN SAAD: Of course, when we first brought Aspen to the market, I think I got my shares at 53 cents, so I was thinking about how to get it to 63 cents. 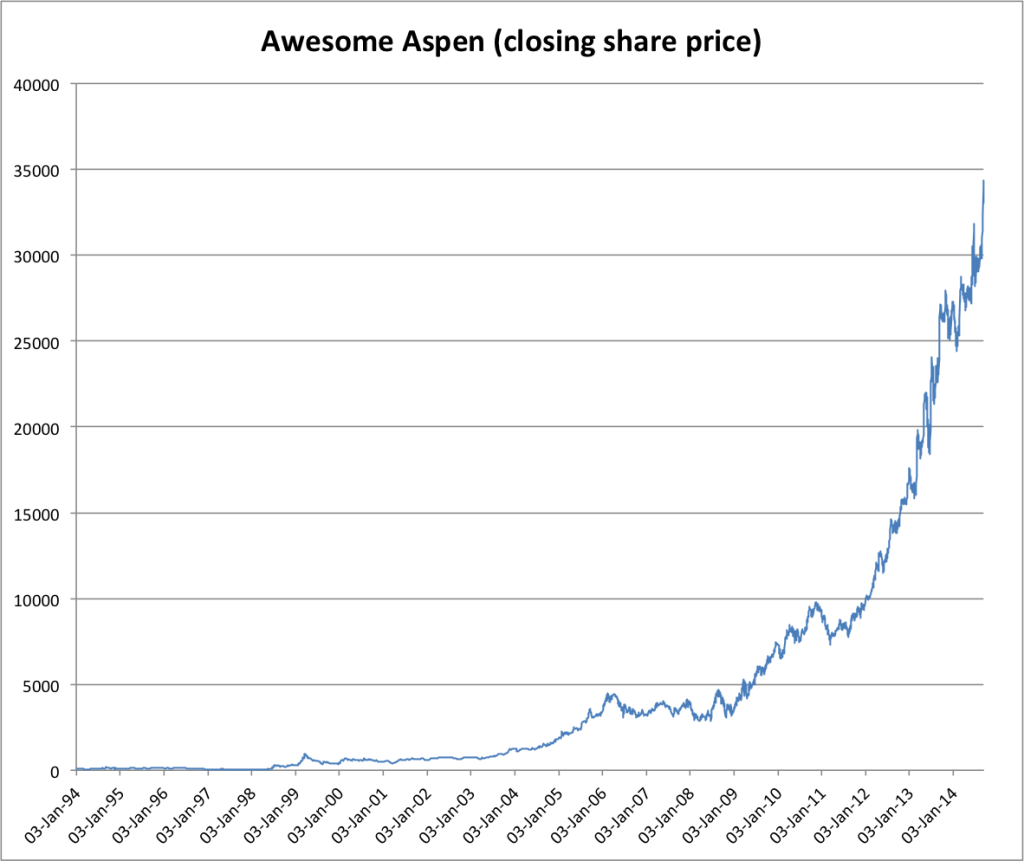 STEPHEN SAAD: It’s at R330. Wow, so it’s going up while we speak. Of course, it wasn’t something that we had in mind at that stage, but where we sit now we have a really good platform. When I look at what we’ve done over this period… You say ‘okay, where are we, given all these transactions that we’ve done’ and you say ‘we’re really a diversified business. We’ve crossed many geographies’. Alec, I’d venture to say I’m not sure if there is a company in South Africa that’s more global than we are. We have more than 60/70 offices (maybe more) across the globe, all with Aspen representation. We have a broad base, a broad geography, a broad range of turnovers, and a broad product range now in the deals we’ve done. We have things like biologicals. We’ve gone into hormones, peptides, and into milk formulas – so a broad product portfolio and a broader manufacturing base.

We’ve always been great manufacturers, but now we have all the extra chemical businesses with all those technologies, which is the most important. We picked up 400 reps who were experts in anticoagulants (blood-thinning injectables) across Europe and Russia, so we were able to integrate all those people into our business, together with the manufacturing people.  It’s really, an exciting position now with a good base to build off.

ALEC HOGG: But how do you do that? How do you build from a small base from Durban (and it’s only been a couple of decades) this incredible, global footprint? As you say, ‘we picked up 400 reps in Europe’. Wow.

STEPHEN SAAD: Look, people say ‘you’ve done so many good deals’. Nothing in pharmaceuticals is a good deal. Everything is incredibly expensive and you’ll soon run out of money. You’ll see Aspen never issues equity, really. For every one of these deals that we’ve done, we’ve actually done it through debt financing, which means we really have to drive synergies. What we’ve been outstanding at (if I may say), is execution. We’re able to get in there, we execute, and then we have a philosophy in Aspen. It’s really, a ‘can do’ attitude. You go in and you do it.

ALEC HOGG: But how do you know that you can improve that business?

STEPHEN SAAD: Well, when we did these two transactions (the latest ones), the product business battle was that it didn’t have the right margins. It didn’t have the right margins because the chemical/biological they were buying was expensive. We then went into the biological business and looked at where that expense lay and really, we fixed it in a couple of years. What you’re actually procuring is the mucosa in the stomach linings of pigs. Since it’s mucus in the stomach linings of pigs, you had to go and have a negotiation with the slaughterhouses and then you had to fix the processes of making this product. We were very good, operationally and we were very strong in terms of negotiating. ‘If this carries on, we don’t have a business’, and so we managed to address the input costs.

Because it’s an injectable and goes into hospitals, it was mainly tender-driven and so cost is really important. You therefore get the tenders. You start winning tenders, which you wouldn’t before and then you make real money when people say ‘I’m going to use that product when I go to the chemist’.

There’s therefore a tender when they go to hospital, but when they go to pharmacies, there’s a bigger margin. However, they know your brand from the hospital, so if you had the wrong cost of goods, you lost out. Right now, in anticoagulants globally, we’re number two behind Sanofi, so that’s aspirational for us – to try to grow.

ALEC HOGG: And the number five generic company in the world. What happens next? Of course, Aspen’s of the size now where it would be appealing to one of those mega-giants. Is it on your radar at all? Would you consider that?

STEPHEN SAAD: No, we don’t. It’s something we have to consider. If you asked me personally and as a big shareholder in Aspen, I think Aspen’s in a really good space. There are so many more opportunities. The market in pharmaceuticals is very fluid. There are big companies that are under enormous pressure and you’ll see so many global deals going on, and I think this is where we have a real opportunity. If you see many of the deals we do, we do them ‘facility and products’ and some of the bigger companies are just desperate to get rid of facilities. That’s where we’re so strong. We’re able to operationalise and fix those facilities, and for that, we are able to access IP we wouldn’t ordinarily have been able to access because we don’t spend a lot of money on research.