Mitt Romney – better known as the man who lost out to Barack Obama in the race for the United States Presidency – is one of the partners at Bain Capital. So what, well for South Africa investors, Bain is synonymous with Edcon, the local owner of Edgars stores. Back in 2007, Bain entered the local market through a $2 billion leveraged buyout of Edcon – and one could argue that’s ‘as good as it got’. The following year the global financial crisis hit and it’s been a downhill story ever since. More debt and – as some commentators argue in the Bloomberg piece – a strategic blunder, operations are struggling to keep a float. And with all of this, Standard & Poors says the group may default on bond payments – which will make 2008 look like a walk in the park. – Stuart Lowman 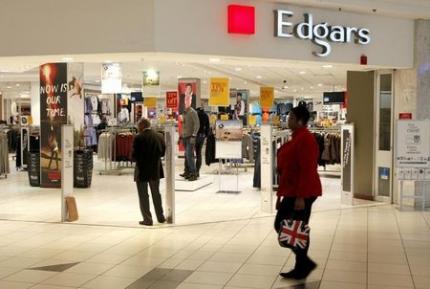 by Renee Bonorchis and Janice Kew from Bloomberg

The 86-year-old retailer is now a loss-making giant that Standard & Poor’s says may default on bond payments. For the Boston-based private equity firm founded by one-time Republican presidential nominee Mitt Romney, the 25 billion rand ($2 billion) leveraged buyout in 2007 hasn’t quite gone to plan.

The acquisition required Edcon to sell 1.83 billion euros ($2.02 billion) of high-yield bonds just before the global financial crisis. Since then, the rand lost more than 40 percent against the euro and South Africa has endured a recession. Edcon, which began losing money in 2008, faces more than 40 billion rand of repayments in the next five years.

“Edcon took on too much debt,” Jean Pierre Verster, who helps oversee a 4.8 billion rand hedge fund at 36ONE Asset Management Ltd., said by phone July 10. “It was Bain’s first deal here so it probably didn’t fully understand South Africa and, in 2007, it didn’t know the global financial crisis was around the corner.”

When Bain, which has completed more than 280 investments globally since its founding in 1984, made its move, the South African economy was growing at more than 5 percent. Credit extension was widening, supporting retailers like Edcon that let shoppers buy clothes, shoes and fragrances with store cards.

Last month Edcon, which sells international brands such as Topshop, Dune and Mango in its Edgars stores, asked holders of the company’s 425 million euros of 2019 bonds to take a loss and do a note exchange. More than 95 percent of the bondholders have chosen to accept the proposal, the company said in a statement on Wednesday. Edcon still has 2016 rand debt and 2018 dollar and euro notes that may need to be restructured.

Edcon owes money to bondholders and Bain itself. By the end of March, Edcon owed Bain R9.15 billion in loans and interest, according to the retailer’s annual report. Edcon has also paid a Bain affiliate R626 million in fees since 2008.

“It’s common for private equity sponsors to leverage the balance sheet,” Raam Ratnam, a London-based S&P analyst, said by phone July 13. “In Edcon’s case, there was a substantial foreign-exchange risk with the mismatch between Edcon’s cash flows and its notes.”

South Africa’s retail sector has a lot of potential and Edcon has some good brands, Ratnam said. But Edcon has suffered as consumers were battered by a faltering economy, strikes, high inflation, curbs on credit and indebtedness. Bain hired Goldman Sachs Group Inc and Houlihan Lokey Inc to advise on a restructuring.

As Edcon’s losses grew and interest payments swelled, it sought options to raise capital. Three years ago, it sold its store-card portfolio for 10 billion rand to Barclays Africa Group Ltd. The bank, though, tightened lending criteria, curbing growth for Edcon which relies on credit sales.

“The 2012 decision to sell the book was a clear strategic blunder,” Verster said, referring to the cards business. “The sale destroyed a lot of value and left Edcon unable to use the credit lever to stimulate sales.” Even so, the risk of outright bankruptcy is remote, he said.

Bain, which once intended to hold an initial public offering for Edcon, enabling the firm to exit, may face the cost of more debt restructuring for bonds due in 2016 and 2018. To raise money, the retailer has also said it may sell non-core assets that could include mobile phone and insurance operations.

“Too much debt always hangs over a business’s head like a sword of Damocles,” said Kokkie Kooyman, head of Cape Town- based Sanlam Global Investments, which oversees about $1 billion. “It just reduces the margin for error – something goes wrong and you’re in trouble.”