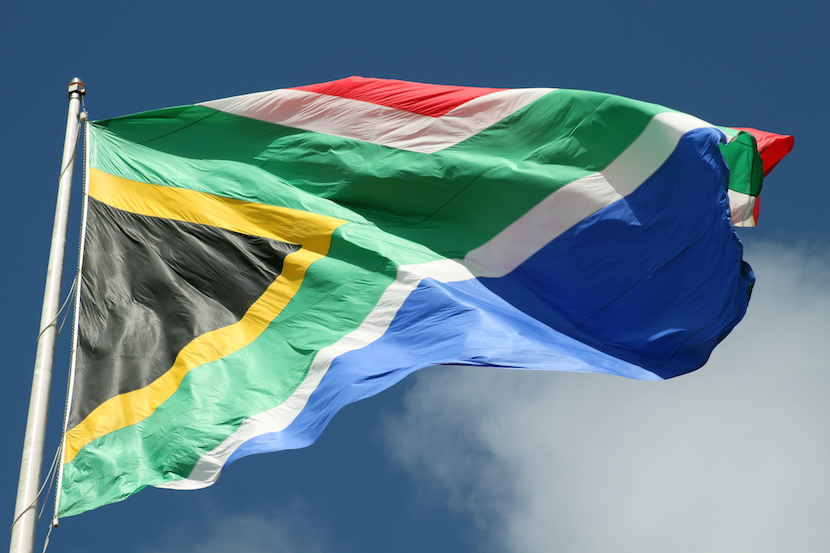 The 2015 Economic Freedom of the World Report‘s four cornerstones are personal choice, voluntary exchange coordinated by markets, freedom to enter and compete in markets, and protection of persons and their property from aggression by others. Languishing in 96th, the results highlight government’s involvement as mostly negative in South Africa given the country has fallen 54 places since 2000. And African countries on a whole don’t fair well, given that they occupy 8 out of the bottom 10 places. The downward trends don’t bode to well for those in power, and in some instances change in policy and personnel may be the best option. – Stuart Lowman

Cape Town – Continuing a steady decline, South Africa has slipped from 42nd place in 2000 to 96th in the latest global index which measures economic freedom.

The country ranks 96th out of 157 countries and territories included in 2013, according to the Economic Freedom of the World: 2015 Annual Report, released on Monday by The Free Market Foundation in conjunction with Canada’s Fraser Institute.

“The decline in economic freedom is the result of government’s insistence on dominating the economy and crowding out the private sector, which has a negative impact on growth, employment, poverty reduction and individual liberty,” he said in a statement. 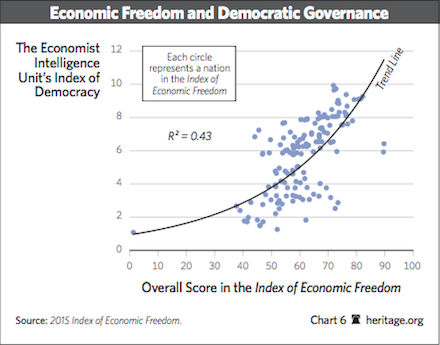 The report is based on data from 2013, the most recent year available, and measures the economic freedom by analysing the policies and institutions of the 157 judiciaries.

According to the report, the four cornerstones of economic freedom are personal choice, voluntary exchange coordinated by markets, freedom to enter and compete in markets, and protection of persons and their property from aggression by others.

“Economic freedom is present when individuals are permitted to choose for themselves and engage in voluntary transactions as long as they do not harm the person or property of others,” states the report.

The 10 lowest-ranked countries are Angola, Central African Republic, Zimbabwe, Algeria, Argentina, Syria, Chad, Libya, Republic of Congo, and Venezuela. Some despotic countries such as North Korea and Cuba can’t be ranked due to lack of data. 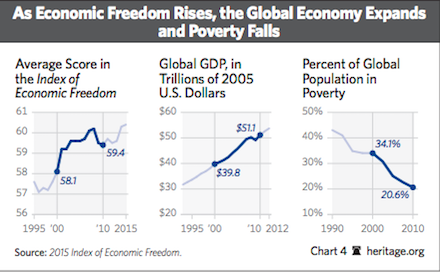 “Economic freedom breeds prosperity, and the most economically free countries offer the highest quality of life while the lowest-ranked countries are usually burdened by oppressive regimes that limit the freedom and opportunity of their citizens,” said Fred McMahon of the Fraser Institute.

Research has shown that people living in countries with high levels of economic freedom enjoy greater prosperity, more political and civil liberties and longer lives than their lower-ranking counterparts.

Countries in the top quartile of economic freedom had an average per capita gross domestic product of $38 601 in 2013, compared to $6 986 for countries in the bottom quartile.

Globally, the average economic freedom score rose slightly to 6.86 out of 10 from 6.84 last year.