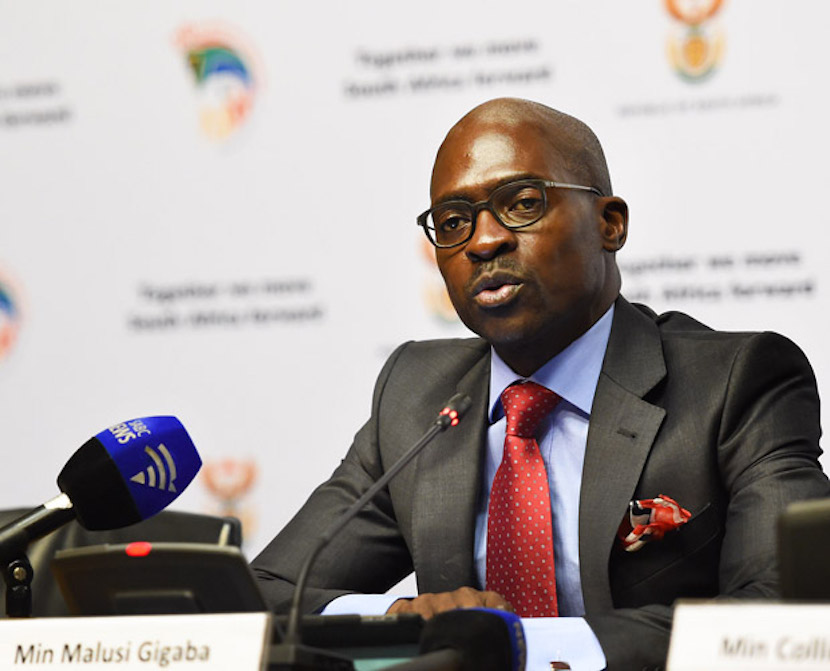 The absurdity around Malusi Gigaba’s visa rule has been costed at R7.5 billion and one wonders how the country will make up this shortfall. It goes beyond absurd as the country’s economy is teetering on a recession, while unemployment is on a steady decline. South Africa needs pro-business initiatives to make it the country it should be and not individual prerogatives driving change. One wonders if pride is too big a thing for Gigaba, or will he eventually backtrack on the visa requirements. But then again, Gauteng is still fighting e-tolls, so the battle could go on for a lot longer and cost this country a lot more than a mere R7.5 billion. – Stuart Lowman

(Bloomberg) — South Africa’s new visa requirements could cost the economy about 7.5 billion rand ($540 million) a year in lost tourism revenue and should be revoked immediately by the government, industry representatives said.

Horrified 2 hear Gigaba’s excuses on his ludicrous visa rules versus tourism. Trying to say we don’t want to market SA to Children 2 visit?!

The number of air passengers under 18 years of age travelling to and from the country fell 50 percent year on year in June and July due to a requirement to carry an unabridged birth certificate, David Frost, chief executive officer of the Southern Africa Tourism Services Association, told reporters in Johannesburg on Thursday, citing data compiled by Airlines Association of Southern Africa. Total overseas tourist arrivals fell 13 percent, including a 27 percent decline from China, he said.

South Africa’s Ministry of Home Affairs last year introduced new visa rules requiring applications to be made in person. The birth certificate stipulation, aimed at reducing child trafficking, took effect in June this year. The regulations have already had a significant effect on tourist travel to South Africa, Frost said. “What we are asking for very unequivocally is to abolish these” rules, he said. “They are irrational and they cannot be implemented.”

Read also: Mailbox: Gigaba’s Visa rule – It’s about the psychology of being right

Projections by the Tourism Business Council of South Africa indicate the new rules will reduce the total number of annual foreign tourists by 578,000, Frost said. That’s equal to about 6 percent of the 9.5 million foreign tourists that traveled to the country last year, visiting attractions such as Table Mountain and Kruger National Park, according to Statistics South Africa.

Zuma might as well disband his ministries and have task teams in their place. Gigaba’s silly visa regulation being subjected to a task team. — Sentletse (@Sentletse) August 11, 2015

Tourism sub-sectors including hotels and car rentals are seeing volume declines as a result of the rule changes, representatives of the respective associations said at the event. South Africa’s jewelry and diamond industry has been severely affected, particularly because of the slump in Chinese tourism, said Lorna Lloyd, CEO of the Jewelry Council of South Africa.

An inter-ministerial committee led by Deputy President Cyril Ramaphosa was established in August to review the regulations. The tourism industry wasn’t properly consulted before the rules were introduced, Frost said. South Africa is the only country in the world that requires an unabridged birth certificate, he said.

“There is clear and unequivocal evidence, hard data on the table, that these regulations have had a severe impact on a major economic sector in our country,” Frost said. “We urge the Deputy President, we urge you sir, to scrap these regulations before any more damage is done.”