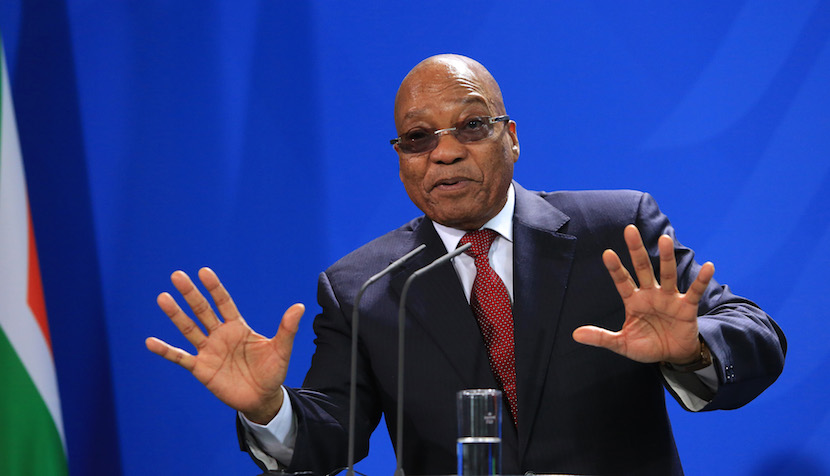 It is now rather obvious that Jacob Zuma over-reached last Wednesday. He and his cronies are about the reap the whirlwind. Being forced into the humiliating reappointment of the man he sidelined, former Finance Minister Pravin Gordhan, is only the beginning of Zuma Inc’s misery.

Once South Africa counts the cost of what editor and commentator Max du Preez termed SA’s one man human wrecking ball, sanity must surely prevail through a recall by the ANC of its out-of-his-depth President.

Any doubts the rational members of the party may have had were surely dispelled when Zuma revealed his true self, exposing his limited intellect (“all other continents fit into Africa”) and delusional view of the modern world when going off script at a speech to a small audience of apparent pals immediately after firing Nene.

The SABC broadcast Zuma’s anti-market rant  and pother ramblings thus recording it for posterity. The content of Zuma’s speech was dubbed by esteemed SA writer Rian Malan as Mugabe 2.0.

Zuma’s unilateral decision to replace his respected Finance Minister with a malleable backbencher has had a quantifiable impact. In two days a plunge in share prices wiped a staggering R290bn off the value of the 17 financial and property companies listed among the JSE’s Top 40. That’s quite apart from the incalculable cost of the plunging exchange rate and spiking bond rates.

As our table below shows, a third of this staggering loss was absorbed by just three stocks – FirstRand (R56bn), Standard Bank (R34bn) and Old Mutual (R28bn). All of them have large but leveraged BEE schemes, so amongst the hardest hit by Zuma’s action are their previously disadvantaged beneficiaries.

No doubt those aggrieved bankers and insurance executives will join the thousands who marching in protest from the Nelson Mandela Bridge in Johannesburg on Wednesday at 10am. This is only one of seven marches already planned around the country. South Africans are about to tell the king of Nkandla they’ve had enough of his misrule. About time.