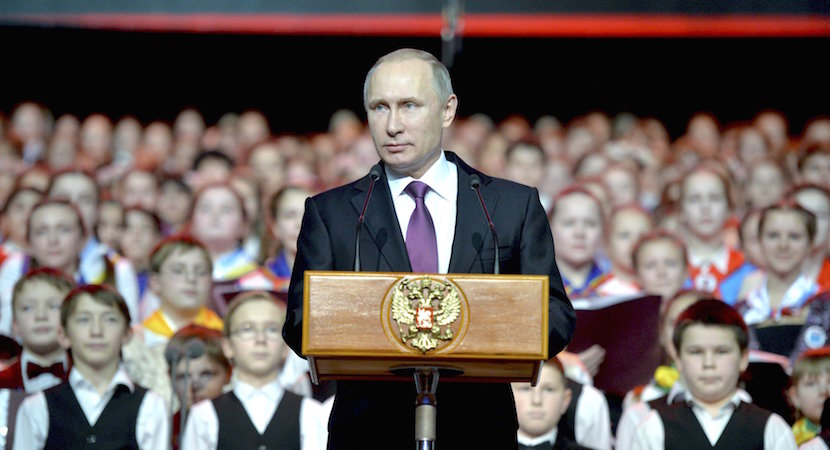 Here’s a warning for those promoting a “Developmental State” model for South Africa. Politicians are terrible investors. Well intentioned as they might be, decisions taken without the discipline of the marketplace invariably end up in the scrapheap. Russia, one of the biggest beneficiaries of the artificial affluence wave created by Quantitative Easing, has come to earth with a bump. The slush fund used to pay for President Vladimir Putin’s pet projects, VEB, now needs a bailout of a staggering R275bn ($18bn). VEB was Russia’s equivalent of South Africa’s PIC, the massive pool of money which houses monthly pension fund contributions by public servants. The PIC is supposed to look after the retirement benefits of continuously expanding public sector employees. Achieving this requires a highly disciplined investment process. Not allocations driven by a political agenda – the R900m “invested” in Government-friendly newspaper group Independent Media among the more obvious examples. Maybe the Russian example will cause a penny to drop in the right place.  – Alec Hogg

(Bloomberg) — For years, Vladimir Putin used Vnesheconombank (VEB) to pay for “special projects,” from the Sochi Olympics to covert acquisitions in Ukraine to oligarch bailouts. Now, the state bank needs a rescue of its own and it could be the Kremlin’s costliest yet.

VEB was supposed to be the financial supercharger of the Russian president’s state-directed capitalism, using its government backing to raise billions at low rates on western markets and pumping them into ventures the Kremlin wanted funded, some concealed from public view with code names like “Lily of the Valley.”

Hit by Western sanctions last year, VEB has stopped new lending. The cost of its bailout could reach 1.3 trillion rubles ($18 billion), according to several senior government officials, ballooning the budget deficit at a time when plunging oil prices are forcing spending cuts.

“The government can’t just leave it alone to face the problems caused by the financial and economic situation in the country, speaking directly, by various kinds of sanction pressures,” Prime Minister Dmitry Medvedev told a VEB board meeting discussing rescue options on Dec. 22.

The Finance Ministry has submitted proposals to aid VEB in 2016 to the government for approval, with some measures ready to be carried out in the first quarter, Svetlana Nikitina, an aide to the finance minister, said in Moscow on Tuesday. The plan provides for boosting capital to ensure the bank’s ability to pay creditors, as well as supporting liquidity and cleaning up assets, she said.

Over the past eight years, VEB came to epitomize Putin’s hybrid system that combined elements of market financing with tight Kremlin control, funding billions in industrial and infrastructure projects back in the days when oil prices were high and foreign credit was easy.

But U.S. and EU sanctions imposed in 2014 over the Ukraine crisis cut off VEB’s access to international financial markets, leaving it without a source of cheap funding and facing as much as $16 billion in foreign-currency debt just as the ruble began its plunge.

At the same time, falling oil prices accelerated Russia’s slide into recession, pushing  many of VEB’s projects deeper into the red.

Putin earlier this month said many development agencies “have turned into garbage dumps for bad debts,” in what officials said was a clear reference to VEB. Losses on the bank’s huge catalog of Kremlin-mandated projects could reach 1.2 trillion rubles, according to the Finance Ministry, or nearly half the expected budget deficit for next year. VEB faces $7.3 billion in debt repayments over the next few years and effectively has only one source of significant funding — the state.

“It’s an SPV,” or special-purpose vehicle, for pet projects, said Andrei Movchan, economist at the Carnegie Moscow Center. “It was an institution for saving bankrupt businesses. Alas, by taking on those risks, it went bankrupt itself.”

VEB got its start under Soviet founder Vladimir Lenin as a bank to finance foreign trade. Putin overhauled it in 2007. Flush with cash from high oil prices, he pumped 180 billion rubles (worth about $7.3 billion at the time) in to boost capital and took over at chairman of the board a year later.

“Putin believed when he set up the state corporation that it would become a development institution,” like state-run lenders in Germany and Japan, Alexei Kudrin, who was finance minister at the time, said this month.

Kudrin is in talks with Putin about returning to a senior post to help deal with worsening economic troubles, according to three people familiar with the discussions. Kudrin’s return to a senior post would likely be welcomed by business and investors alike, who credit him with imposing the budget discipline that’s helped Russia weather the economic crisis so far.

When the global financial crisis struck in 2008, VEB became Putin’s main tool for managing the shock. It got 1.25 trillion rubles (worth about $50 billion at the time) from the government and central bank to shore up the plunging stock market, help failing banks and bail out tycoons who were facing the loss of their companies to foreign creditors.

Thanks largely to the quick recovery in the oil price, Russia’s economy bounced back fast. Some of VEB’s bailout investments even paid off, boosting the bank’s profits. Foreign credit was plentiful and VEB’s implicit government backing made borrowing cheap. By the end of 2009, its balance sheet had more than tripled from before Putin’s overhaul began.

Standard & Poor’s gave it the highest ratings for any borrower in the country in 2011, saying VEB was “the de facto financial vehicle for the Russian federal government’s intervention in the economy.”

Behind the facade of western-style accounting and international credit ratings, the bank’s decisions were often driven more by politics than business, officials now admit.

“The bank, because of its status, took on certain tasks that can at times hurt its balance sheet,” VEB chief Vladimir Dmitriev said Dec. 22. “We’re talking about the so-called special projects.” Neither VEB nor a Kremlin spokesman responded to requests for comment for this article.

Starting in 2009, VEB spent $8 billion to finance deals allowing unnamed Russian investors to buy up steel plants in eastern Ukraine and keep them running. For several years, VEB carried the holdings in its records under code names — “Lily of the Valley” and “Iris” — to conceal the extent of its exposure, according to two people familiar with VEB’s finances. Dmitriev disclosed the lending in an interview with Russian state TV in 2013, saying the bank was a “savior” for the vital Ukrainian metals sector.

Since then, fighting between Ukrainian forces and Russian- backed separatists in the region has damaged many of the plants VEB paid for. A senior Russian official said it’s not even clear whether VEB has any claims to the assets now because the transactions were conducted offshore.

The legacy of the 2014 Sochi Winter Olympics, which at about $50 billion were the most expensive such games ever, is another big burden on VEB. Initially, the Kremlin said the projects would be paid for mainly by private business, but as the true cost of turning the down-at-the-heels Soviet city into a modern resort became clear, VEB wound up taking control of more than 200 billion rubles of money-losing hotels, ski resorts and other projects. Provisions for losses there have been big contributors to VEB’s losses in the last year, according to analysts.

“Step by step, control over loan issuance was weakened,” said Kudrin, the former finance minister. By this year, VEB’s assets had grown to about 9 percent of GDP.

Now the government is considering scrapping VEB’s original hybrid model as part of the bailout. The already-stretched government budget will probably have to take on the huge losses of the “special projects,” while a reorganized VEB would serve as an agency for dispensing what little state money remains for industrial ventures, officials said. Terms of the bailout could be decided as early as this week.

“With each passing year, VEB was used less as the government’s agent for development and more as an off-budget fund for the state to pay for its special projects,” said Karen Vartapetov, analyst at Standard & Poor’s.

“These projects were effectively budget expenditures, only put off into the future,” he added. “That future has now come and the government will have to pay.”