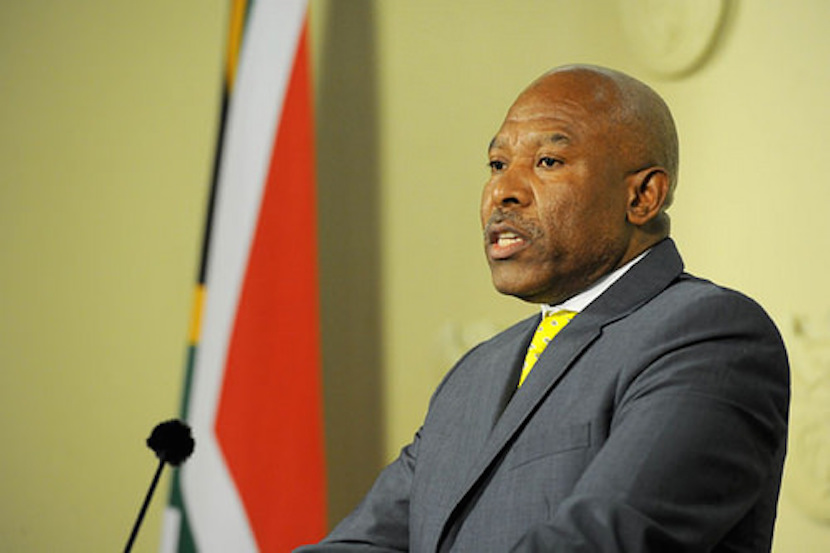 If you follow Investec economist Brian Kantor’s chain of thought, inflation wouldn’t be a barometer used in determining interest rates. He says the (weakening) currency, which is out of their hands, is pushing inflation higher, Nomura’s Peter Attard Montalto agrees with this point saying there’s nothing that a central bank can do to stop a currency to adjust to where fundamentals should be. It’s a fascinating debate, which will rear its head as the monetary policy committee meet next week to give a decision on rates. South African Reserve Bank Governor Lesetja Kganyago, speaking in a Bloomberg TV interview at Davos, says they’ll act with resolve, making particular reference to price pressures stemming from a weaker rand. As the Rand flirts with 17 to the dollar, and inflation accelerates, to 5.2 percent in December, it looks set to be a bleak start to the year for consumers. A Bloomberg survey showed 7 of 12 economists expect a 50, 1 seeing no change and the a rest 25 basis points increase. The initial reaction to Kganyago’s interview saw the rand weaken slightly, highlighting the tough situation he finds himself. Next week will be interesting. – Stuart Lowman

By Jonathan Ferro and Rene Vollgraaff

If “there is a de-anchoring of inflation expectations, to maintain the integrity of the inflation targeting framework, we will have to adjust the monetary policy stance,” Kganyago said in an interview with Bloomberg TV at the World Economic Forum in Davos on Wednesday.

After falling 25 percent against the dollar in 2015, the rand weakened a further 8.3 percent since the start of this year, the worst performer of 16 major currencies tracked by Bloomberg. That’s adding to pressure on inflation, which accelerated to 5.2 percent in December as the worst drought in more than a century pushed up food prices.

Economists are split on whether policy makers will stick to raising the benchmark rate in moves of 25 basis points at a time, or take more aggressive action. Seven of the 12 economists in a Bloomberg survey said the Reserve Bank will increase the repurchase rate by 50 basis points on Jan. 28, with one analyst predicting it will stay unchanged at 6.25 percent and the rest expecting a quarter-point increase.

“The tightening steps that we have taken have been very measured unlike the previous cycle that we have seen,” Kganyago said. “Given where the policy rates are, a 25 basis point hike is not a small hike necessarily.”

The rand weakened after Kganyago’s interview as some market analysts interpreted his comments to suggest the bank won’t raise interest rates by more than a quarter percentage point. The currency fell 0.4 percent to 16.8468 per dollar as of 6:50 p.m. in Johannesburg.

“People are taking this as pretty dovish,” Peter Attard Montalto, an economist at Nomura Plc in London, said in an e- mail. “I don’t think so necessarily. Everything else he has just said is unchanged and shows concern on expectations and currency impact.”

The rand fell as much as 9.9 percent against the dollar to a record low of 17.9169 in early-morning trading in Asia on Jan. 11 during low liquidity. The so-called flash crash of the currency “is something that we are concerned about,” Kganyago said.

“There is nothing that a central bank can do to stop a currency to adjust to where fundamentals should be,” he said. “Exchange rates do overshoot and to the extent that this one has overshot, it will come back and adjust to the fundamentals.”

Finance Minister Pravin Gordhan, speaking on a panel at the World Economic Forum in Davos, said the IMF’s forecasts show “dismal” growth for the South African economy. The government’s revised growth estimates, due to be published in the budget next month, are more optimistic than the IMF, he said.