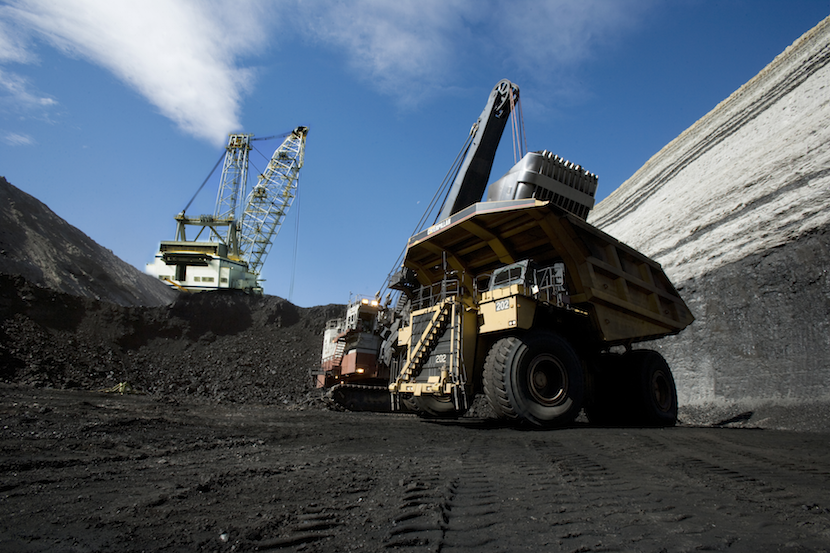 The seeds to this story started back when Eskom pulled a supply deal at the last minute with Glencore-owned Optimum Coal at the time. Immediately afterwards a bargain priced bid emerged to buy Optimum and predictably, it was tabled by the Gupta family, who also happen to be the country’s new uranium mining tsars. One can argue that they wouldn’t have put down cold cash unless reasonably certain of being able to strike a deal with Eskom. Because without such a deal, Optimum was virtually worthless. And the story below confirms this. Exxaro’s coal supply contract to the Arnot power station was not renewed, which has put 1,700 jobs at risk. The supply however will now be borne from Optimum, which is being bought by Gupta-owned Tegeta. The whole process stinks and this is not the message South Africa needs to send to international investors or locally owned companies. – Stuart Lowman

By Franz Wild and Paul Burkhardt

(Bloomberg) — South Africa’s state power utility is buying coal for its Arnot power plant from a mine that’s being bought by a company controlled by the Gupta family, friends of South Africa’s President Jacob Zuma, after a contract with Exxaro Resources Ltd. was canceled, according to three people with knowledge of the situation.

Eskom Holdings SOC Ltd. didn’t renew Exxaro’s contract to supply Arnot from a nearby mine at the end of December, because it said prices were too high. Arnot was supplying 20 percent of the 2,000 megawatt power plant’s coal needs, according to the utility.

Optimum Coal, the mine now supplying Arnot, is being acquired by a company controlled by the Guptas. The previous owner, Glencore Plc, placed it under administration because it was running at a loss and Eskom would not relax the terms of a supply contract to the Hendrina power plant. Tegeta, which is buying Optimum, is owned by the Gupta family’s Oakbay Investments, which controls the publicly traded Oakbay Resources & Energy Ltd.

Read also: Glencore’s Optimum: How to chase away foreign investment in one stinky deal

The people asked not to be identified because they aren’t authorized to speak to the press. Tegeta official Jacques Roux didn’t answer calls to his mobile phone. Eskom spokesman Khulu Phasiwe said Arnot has been sourcing coal from other suppliers since the Exxaro contract expired, but said he had “no information” on the arrangement with Optimum.

Optimum has been supplying coal to Arnot since the beginning of the year, said the people. Optimum is selling 100,000 tons of coal a month to Oakbay, one of the people said.

Exxaro has stopped operating since the end of the year and about 1,700 workers risk losing their jobs, according to the National Union of Mineworkers. The company hasn’t received offers for its Arnot mine, and is in discussions with unions over jobs, Mzila Mthenjane, Exxaro’s head of stakeholder engagement, said by phone.

Mines Minister Mosebenzi Zwane and a Tegeta delegation met with Glencore officials in Switzerland to negotiate the purchase of Optimum, the Johannesburg-based Financial Mail magazine reported Wednesday, citing a spokesman it didn’t identify.

“Let me assure you that I’m not involved in transactions of anybody so far,” Zwane told reporters in Pretoria, the capital, on Thursday. A Glencore spokesman declined to comment.

Zwane, a newcomer to national politics, was appointed in September from a provincial government position. Articles in South Africa’s Mail & Guardian and Business Day newspapers said he was close to the Guptas. He has not commented on those allegations.

Tegeta agreed to pay about 2.15 billion rand ($132 million) for Optimum, which has a fixed-price agreement to supply Hendrina with 5.5 million tons of coal annually running until 2018. The payment will cover most of Optimum’s 2.55 billion rand in debt, including an Eskom fine.