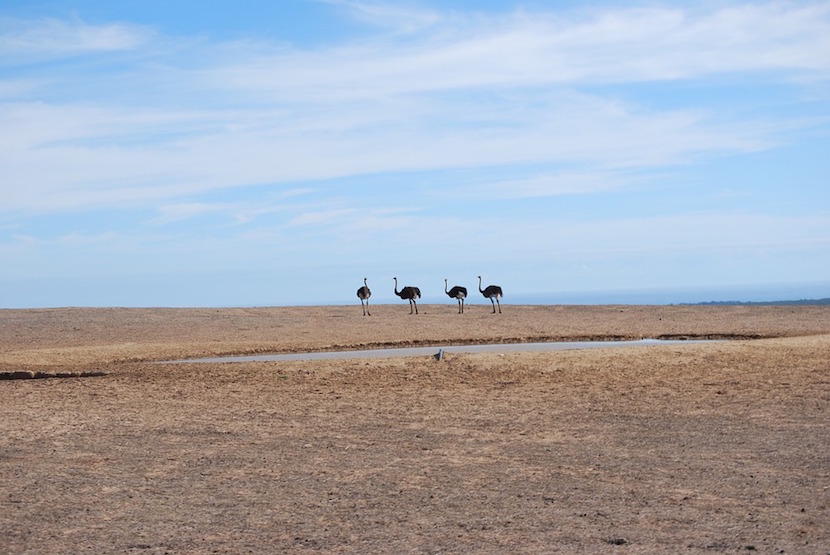 The South African government has decided not to declare a national disaster, despite the country experiencing its worst drought in a century. Seven of the nine provinces have been declared disaster areas but a national disaster is needed to trigger the release of emergency funds. The agriculture department says late rain has eased the situation and will hopefully avert a national disaster. The department has also downgraded the amount of imported maize need to 4 million from an initial 6. There are murmurs that government can’t afford to declare a national disaster given a lack of funds but deputy agriculture minister Bheki Cele says assistance has been provided to the smaller farmers. It’s a delicate situation, which saw cash-strapped Zimbabwe declared a national disaster last week and one hopes the SA horse hasn’t bolted. Grain SA says the time is now and all farmers need assistance. And the biggest loser of the day could well be the South African consumer, as possible inflated basic food prices could add to a spending basket already under pressure. – Stuart Lowman

DUBAI, Feb 7 (Reuters) – South Africa will not declare a national disaster in response to its worst drought in a century as it hopes ample late rains will continue to improve the situation, deputy minister of agriculture Bheki Cele said on Sunday.

“For some reason God has been kind and late rains did come, and we think the 6 million tonnes (of maize) we were looking to import – we have downgraded that to four,” he told Reuters in an interview on the sidelines of a conference in Dubai.

The country’s largest grain producer group Grain SA called on the government last week to declare a national disaster – a move that would release emergency relief funds from the National Treasury to eligible farmers.

Cele said out of South Africa’s nine provinces, seven had already declared a disaster but a nationwide declaration was not currently warranted.

“The only hope is that rains continue – if they do we might be out of the woods … We will not declare a national disaster” said Cele.

Cele argued support had already been granted to a lot of farmers and more was on the way.

Some complaints were raised by commercial farms as most of the assistance had gone to smaller scale farmers, he acknowledged.

“If you lose 36 cattle and go from that to zero that is one thing but if you have 4,000 cattle losing 36 well yes you have lost but we have to start with the small guy,” he said.

In South Africa, white maize is made into what is known locally known as “pap”, the main source of calories for many households. The yellow variety is used almost exclusively as animal feed.

Outside southern Africa, white maize is grown in significant quantities only in Mexico and the United States.

“The Americans (U.S.) have also tried to avail themselves but the issue is understanding their crop stocks and how much of it is genetically modified,” said Cele, whose ministry also covers forestry and fisheries.

The country has in the past sometimes mixed yellow and white maize for human consumption, but Cele said that if enough white maize could be obtained in the global market, this would not happen.

“At the present moment we could see an opportunity for avoiding that,” he said.