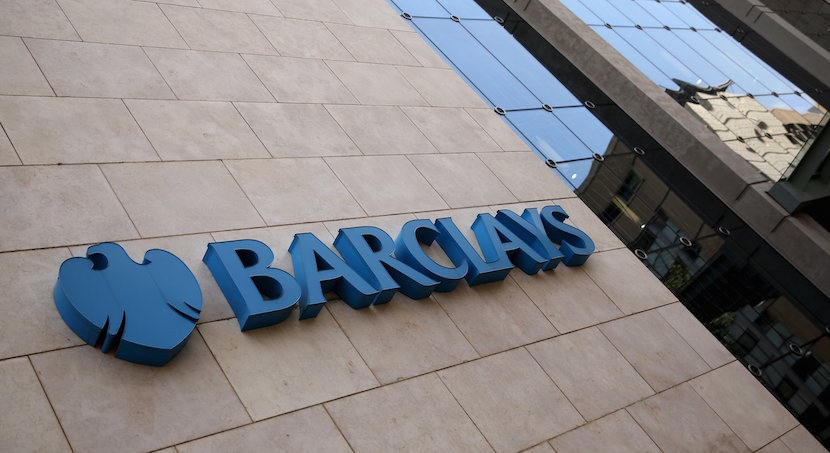 By appointing turnaround specialist John McFarlane chairman of Barclays in September 2014, the board sent a signal that it would do whatever it took to fix the 326 year old banking group. But at stage one, though, few would have imagined that the hacking would include one of its four pillars, the Barclays Africa operation dominated by Absa, which employs a quarter of the group’s staff and around 10% of its capital. What must have been a touch-and-go decision would have been tipped by the Rand’s Nenegate-inspired plunge which highlighted the risk of having a large chunk of the business exposed to such a volatile environment. When you tot up the numbers, the total investment in the decade was £3.8bn – £2.6bn under John Varley a few months after he took over as CEO in 2004; and then £1.2bn by CEO Antony Jenkins in July 2013. Barclays is likely to get back £400m less when it sells its 62.3% stake – a poor advertisement for foreign investment in weak currency geographies like South Africa. – Alec Hogg

Staley is leaning toward maintaining the securities unit without pursuing a major restructuring or spinning off the business, according to people familiar with the matter, who asked not to be identified before his presentation on Tuesday. He probably will lay out plans to exit the bank’s African business and its 50 billion pounds ($70 billion) of assets, according to a person briefed on the decision. The bank said in a statement Sunday that its board is still evaluating options for the African unit.

“You’re looking at a dreadful climate, so whatever Staley lays out, there will be questions,” said Chris Wheeler, a London-based analyst at Atlantic Equities. “If Jes is looking for a bounce off his strategy, it has to be very controllable, and the only options are cutting costs and reducing capital allocated to the investment bank.”

Barclays has four core divisions: two units in Barclaycard and personal and corporate banking that have steady returns of more than 10 percent; the African business that’s hit by slowing economic growth and a falling South African rand; and the investment bank, which has the lowest returns of the four.

Staley has already taken an ax to the latter unit, announcing 1,200 additional job cuts, exiting most countries in Asia, imposing a hiring freeze and cutting the bonus pool to restrain costs. The moves have thus far not arrested a two-year slump in shares that has left the bank trading 50 percent less than its book value. With that valuation at its lowest in more than three years, the stakes are high for Staley’s strategic update alongside full-year results.

Staley already has seen European rivals struggle to restructure their securities divisions amid volatile debt and equity markets. Deutsche Bank AG, which laid out a plan in October to cut as much as half of its trading and investment- banking clients, has lost almost 30 percent of its market value so far this year and has sought to calm fears about its ability to service debt. Credit Suisse Group AG accelerated staff reductions after trading losses drove worse-than-expected fourth-quarter results.

Last year was the worst for fixed-income trading since 2008, according to research firm Coalition Development Ltd. JPMorgan said last week that trading revenue was down 20 percent so far in 2016 and that investment banking fees will probably slide about 25 percent this quarter amid the market turmoil.

“The ongoing market weakness is leading to faster restructuring at Credit Suisse and Deutsche Bank because of the stress they are coming under,” said Paul Dilworth, an investment manager at Kames Capital Plc, an Edinburgh-based fixed-income firm that oversees about 55 billion pounds including Barclays bonds. “It’s validated McFarlane’s decision to get rid of Jenkins and bring in Staley when he did, because what they really need is someone to be more knowledgeable about the IB and understand how to redistribute capital and what businesses they should close down.”

Staley appears set to redistribute capital from the African business, which had 14 percent of the bank’s assets and 9.4 percent of its risk-weighted assets. That business had the only drop in pretax profit among Barclays’ four main units in the third quarter as it was hit by higher impairments and a falling rand. Barclays has operated on the continent for almost a century and owns a 62 percent stake in Johannesburg-based Barclays Africa Group Ltd., which was built up under former CEO Robert Diamond.

Kames Capital’s Dilworth estimates a spinoff of the African unit could bolster the bank’s capital by 1.5 percentage points, taking it closer to its 13 percent target. The bank had a common equity Tier 1 level of 11.1 in the third quarter, the weakest of any major U.K. lender.

“European banks are restructuring against a really difficult background, so what you want now is some really strong revenue growth to support you whilst you’re getting it done, and I can’t see them getting this in Africa,” said Wheeler. “It’s too cyclical.”

Read also: PIC keen on raising stake in Barclays Africa, coy on how much.

Still, investors will also want answers on the investment bank, including who will run it. Staley is already waiting on several newly hired executives from his former employer to join after mandated gardening leaves are up, and investment bank CEO Tom King has announced he will depart this week.

“Investors will be disappointed if they do not get any news on what the longer-term strategy for both the investment bank and the African operations are,” said Julian Chillingworth, chief investment officer at Rathbone Brothers Plc, which manages 27 billion pounds and owns Barclays shares. “I would be surprised if they have not been following events at Deutsche and Credit Suisse very closely.”

Barclays may also find little room to cut fat as it seeks to retain top-performing employees when faced with competition from U.S. investment banks. The U.K. bank cut its 2015 bonus pool for its dealmakers and traders by about 10 percent to 12 percent, two people with knowledge of the matter said last week.

“The point is, when you’ve gone through the muscle, you’re going into the bone,” Wheeler said. “And they’re probably into the muscle already.”