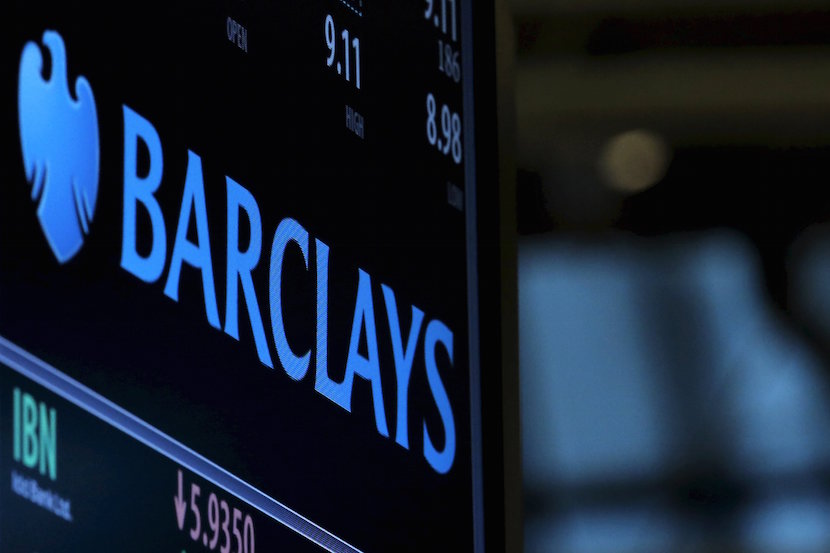 Spin doctoring is a dark art. It’s like a bomb disposal unit that’s often forced to re-enter areas where others have triggered explosions. The most these guns-for-hire ask for is consistency, something they rarely receive in the volatile world of big business. Ten years ago Barclays rolled out its long-term commitment to Africa schpiel so SA regulators would approve its purchase of the controlling stake in the country’s biggest retail bank. That strategy has now been turned on its head. After the Global Financial Crisis, the public demanded the end of banking bailouts based on the “too big to fail” argument. The agitated for, and got, banks to meet higher capital requirements. Overlay a seemingly never ending slide in the Rand and what was a great idea ten years ago is no longer fit for purpose. So the promise of long-term commitment has been dumped into File 13. Barclays duly has decided to dispose of its African jewel – 84% of which is Absa – and duly announced global banking’s worst kept secret at the beginning of the month. First, this would be through a slow dripping of its shares in the market, taking two to three years to  reduce its 62% stake to under 20%. This painful drip torture for other shareholders would enable Canary Wharf to “retain optionality”. Now the Barclays CEO says there has been so much interest since For Sale boards went up that an outright sale would be considered. Surely the spin doctors can’t think we’re dumb enough to believe that wasn’t the intention all along? It would have been so much better for tens of thousand directly affected to be told the truth from the outset. Rather than twisting words in the hope that it would deliver the parent a higher price. Instead the Barclays board are feeding uncertainty while expecting staff to carry on as normal. It’s not only in politics where leadership is out of touch with those in the trenches. – Alec Hogg

(Bloomberg) — Barclays Plc would consider an offer for its entire 62 percent stake in the African banking unit that it’s selling down to boost capital, Chief Executive Officer Jes Staley said.

The firm is already receiving “a lot of interest” in the business a week after announcing its intention to cut its stake, Staley said in a Bloomberg Television interview with Erik Schatzker, without naming any potential bidders. The decision to sell down the firm’s stake in Barclays Africa Group Ltd. and focus on the U.K. and U.S. markets was part of a broader strategy update Staley presented to investors on March 1.

“The idea of keeping some optionality in Africa is attractive, but for sure, at some point there is a price where a strategic sale might make sense,” Staley, 59, said. “We have given ourselves time, two to three years, to get the sale done in a way that protects the franchise of Barclays in Africa, because it is a separate bank.”

In his first 100 days in the job, Staley has already left his mark on Barclays, stepping back from almost a century of operations in Africa, closing offices from Moscow to Brazil and cutting thousands more staff from the investment bank. The moves haven’t rallied the shares, which trade at about 50 percent less than its book value, driven in part by Staley’s decision to slash the dividend in half for the next two years.

Barclays needs to cut its stake to roughly less than 20 percent to be able to deconsolidate the Africa business and escape punitive capital charges. Staley said last week that the unit is very attractive, but that capital rules require Barclays treat the stake as if it owns 100 percent, thus diluting its profitability.

Former CEO Bob Diamond, who now runs private equity firm Atlas Mara Ltd., has been reported to be among those interested in some or all of the business. Staley said he doesn’t believe Diamond has the “financial capability” to buy the entire unit.

Diamond resigned in 2012 amid public and government pressure after the bank was fined 290 million pounds ($411 million) for rigging Libor interest rates. He’s now building a banking franchise in sub-Saharan Africa through Atlas Mara and owns eight banks in seven countries.

Barclays bought South African bank Absa in 2005 and three years ago the Johannesburg-based unit acquired its parent’s operations in eight African nations, giving Barclays a presence in 12 countries on the continent with 12 million customers.

Staley rebuffed calls from analysts and investors to exit or spin off Barclays’s under-performing investment bank, seen as the main culprit for the two-year slide in shares, calling such demands “shortsighted” earlier this month. The investment bank reported its first quarterly loss in at least two years last week and Staley has pledged to refocus the unit on London and New York, where it’s most profitable.

“Being one of the few European investment banks out there these days is a competitive advantage,” Staley said. “We have a long way to go, we have a lot to do with managing the costs at our investment bank, so we won’t rest until we deliver a return on equity that covers the cost of capital.”

Staley rejected the notion that U.K. regulations put Barclays at a significant disadvantage to its U.S. peers, and said the market will adjust to allow investment banks to earn sufficient profits.

“I fundamentally believe U.K. regulators want to see a British bank within the leading investment banking group” and a “major player in the world’s capital markets,” the CEO said. “I don’t believe the world will feel safe if we are relying on global capital markets where the intermediaries, the investment banks, can’t raise capital or can’t earn a fair return to their shareholders.”

Read also: Barclays sale of Absa: An abject lesson in the cost of overpaying – and not

While markets are currently “challenging,” Staley said his firm had “a pretty good January and February.” U.S. rivals Citigroup Inc. and JPMorgan Chase & Co. have forecast drops of 15 percent or more in first-quarter trading revenue.

Staley vowed to change the bank’s culture after about 20 billion pounds of profit in the past five years have been wiped out by misconduct charges.

“Wall Street lost its way in the late 90s; I do believe that money became too much of a motivational factor,” Staley said. “We have a lot to atone for, we made a lot of mistakes, but make no doubt, the only existential risk to Barclays is if we get it wrong in the future on conduct.”

A potential headwind for Barclays’ retail and commercial units, which produce the highest returns at the bank, is the prospect of a prolonged period of negative interest rates. Staley spoke before the European Central Bank announced further easing measures, including pushing its rate on cash parked overnight by banks to minus 0.4 percent.

“Negative interest rates are a reality today, but on a very limited scale,’’ Staley said. “We’re a long way to go from it being a very disruptive influence in the banking industry, but we’ve got to keep an eye on it.’’