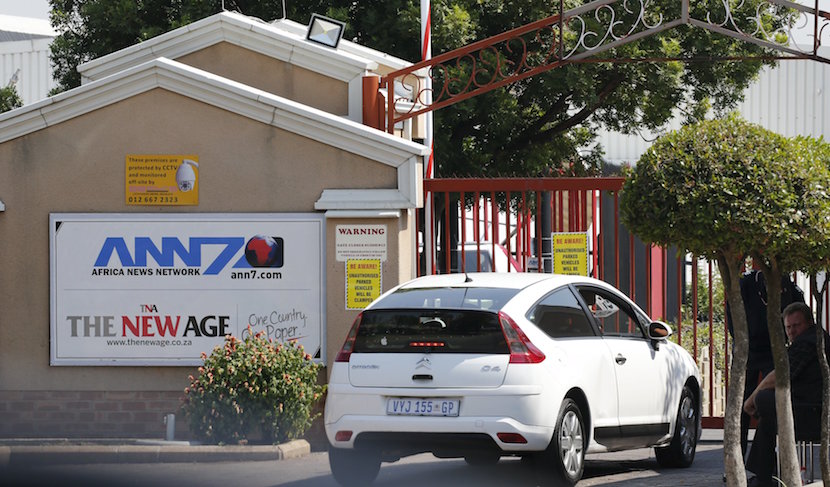 It is only in calmness that sensible decisions can be made. The emotion which comes from over-excitement sows the seeds of dumb actions. Young nations take time to appreciate this reality, and during this maturing process, the door is open for opportunists to take advantage. A lot has happened in the month since Vytjie Mentor’s now famous Facebook comment gave momentum to the overdue unravelling of the Zuptas. As the dust settles, a multitude of post mortems will be delivered showing how South Africa was captured by a family of amateurs – from a foreign land no less – who rapidly carved out enormous power, wealth and influence. Seasoned political analyst Dr Somadoda Fikeni nailed it last night when describing the Gupta approach as “grotesque, in your face, corrosive.” Their demise, was inevitable. Getting back the weight they extracted, though, might be more difficult. – Alec Hogg

“The Guptas, it’s their amateurish, grotesque, in your face, corrosive approach. They became way too excited about their proximity to the president and they found a president who himself has always gone from one period of insolvency to another in the middle of a big family,” Fikeni said.

Fikeni pulled no punches, even noting that the DA would not freely reveal its financial records which could possibly also reveal trends of state capture.

“The whole notion of state capture by business is not only reflective of state-business relations but it’s a reflection of the rise of personalities – patronage, in other words.

“That is why the key parties such as the ANC and DA would never be happy disclosing party funding. It would then begin to reveal some trends of state capture,” he said.

Fikeni said once personalities were elevated over institutions, patronage found fertile ground. “That to me is something that if not arrested, may evolve into a crisis.”

Fikeni was speaking at a University of Johannesburg public seminar titled ‘Political Crisis in South Africa’.

Political analysts agreed the country was not in a political crisis but rather that the ANC was in a leadership crisis. The speakers included Steven Friedman, Mcebisi Ndletyana, Ebrahim Fakir and Kwandiwe Kondlo.

Fikeni said the leftist rhetoric by the ANC at its conferences had led to expectations of major transformation but now that people had realised those promises had not been sincerely implemented, it had created a crisis of expectation.

He said the challenges South Africans faced were amplified in 2005 due to the fallout between former president Thabo Mbeki and President Jacob Zuma.

No longer about principles

“People had to join leaders rather than the organisation. It was no longer the principles and value but which leader you are aligned with,” he said.

Friedman said little had changed since apartheid when South Africans were controlled by an exclusive club comprising white people.

“What has happened is that the club has admitted new members, but it’s still an exclusive club because most South Africans are excluded from the club, black members who have joined the club do not necessarily have the same rights as white people,” he said.

Friedman said media and various pressure groups were focused on what was happening now within the ANC.

The ANC itself was looking towards 2017 and the elective conference in which new leadership will be elected. – News 24