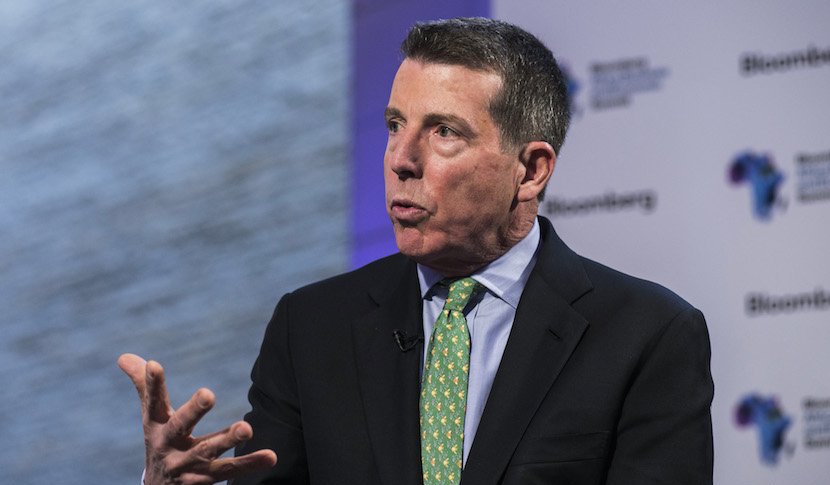 If the top team at Absa want to determine their group’s future, they’d better start moving. Colourful ex-Barclays Plc CEO Bob Diamond is looming large as the new owner after taking another big step in acquiring the for-sale African businesses of his former employer. News from London is that Diamond has enlisted the support of the powerful New York headquartered Carlyle Group, one of the world’s largest private equity firms controlling $185bn in assets. With Carlyle joining a growing group of his financial supporters, the $5.5bn price tag for 62% of Barclays Africa now looks to be within Diamond’s reach. Given the lofty ambitions of his Africa-focused Atlas Mara, co-founded with Ugandan/Dubai entrepreneur Ashish Thakkar (net worth $260m), Diamond knows this is a once off opportunity. And although Barclays Plc has stated that it is prepared to slowly sell down its 525m shares in the JSE-listed subsidiary, that will take many years at the current level of trading. Letting the block go in a single transaction is obviously a preferable outcome. – Alec Hogg

By Joseph Cotterill and Martin Arnold in London

Bob Diamond has joined forces with the US private equity group Carlyle to prepare a joint bid for the African banking operations being sold by Barclays, according to people familiar with the matter.

Mr Diamond and Carlyle have yet to make a formal approach to Barclays for the assets and bid preparations, first reported by Sky, are at an early stage, the people added.

Barclays said last month that rising regulatory pressures meant it would sell down its 62 per cent stake in the unit, which is listed in Johannesburg with a market capitalisation of ZAR122bn (£5.8bn).

Barclays Africa owns stakes in banks across the continent from South Africa’s Absa, its largest asset, to Ghana and the Seychelles. As chief executive Mr Diamond helped to build the operation, which dates back almost a century and is now one of Africa’s largest banking operations.

Selling the whole Barclays Africa business has been seen as a challenge for the bank, which warned investors in a recent presentation of “significant execution risks” around the planned sale.

Read also: Why selling Barclays Africa, Absa to Bob Diamond would be a very bad idea

Mr Diamond may seek other investors in addition to Carlyle, the people added. One likely investor is Ashish Thakkar, the billionaire founder of the Mara Group conglomerate, who joined forces with Mr Diamond in 2013 to launch Atlas Mara, a London-listed vehicle to invest in African banks.

Rivals say there are few strategic buyers for all of the UK bank’s 62.3 per cent stake in Barclays Africa. Regulators are expected to block any attempt to merge with a local rival, such as FirstRand orNedbank.

Carlyle is understood to be the only large private equity firm to have so far taken an interest in Barclays Africa, with US anti-money laundering regulations one challenge for such investors to take into account, according to people familiar with the matter.

The US private equity group is one of the most active global buyout firms in Africa. It raised a $700m fund for doing deals in sub-Saharan Africa in 2014, making its first investment in South Africa that year.