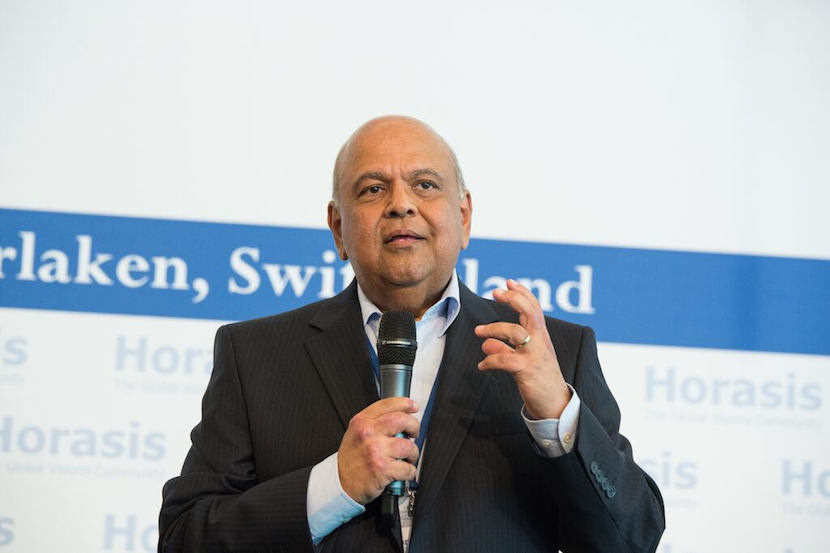 By Caroline Hyde and Mark Deen

“I think we’ve done enough to pass the June hurdle,” Gordhan said in an interview with Bloomberg TV in Paris on Wednesday. “In the next six months we have to do more, particularly in terms of implementing what we’ve decided.”

S&P and Fitch both rate South African debt one level above junk. S&P, which has a negative outlook on its BBB- assessment, is due to announce whether it will downgrade the rating on June 3, while Fitch hasn’t said when it will announce the outcome of its review.

Twelve of 13 economists and analysts surveyed by Bloomberg in April said they expected S&P to lower the rating to non-investment grade by the end of this year, with four expecting the downgrade to BB+ to happen this week. That would put South Africa on par with Turkey and Indonesia.

While South Africa is facing difficulties, the three-year budget demonstrates the government’s commitment to fiscal discipline, and it has implemented reforms to tackle energy shortages and other economic constraints, Gordhan said.

Gordhan was reappointed in December to the post he held from 2009 until 2014 after President Jacob Zuma backtracked under pressure from business leaders and senior ruling party officials on his decision to replace former finance minister Nhlanhla Nene with a little-known lawmaker. In his February budget, Gordhan pledged to narrow the fiscal deficit and limit gross debt to 50.5 percent of gross domestic product by 2019 by curbing spending and raising taxes.

“It was calming for the markets that Gordhan was appointed, he is a safe pair of hands,” Jan Friederich, Fitch’s analytical head for the Middle East and Africa, said in a May 26 interview in Lusaka. “But with the developments since then, we are not entirely sure that has completely reinstated the ‘status quo ante’ in terms of allaying the fears that there was a shift in sentiment on the side of the presidency towards fiscal consolidation.”

Gordhan said he has the political backing needed to preserve the country’s investment-grade rating.

“I’m confident we have the space to get things done,” he said. “We’re sometimes a noisy democracy but we are allowed to do what we need to do.”

Moody’s Investors Service affirmed the continent’s most-industrialized economy’s credit rating at Baa2, two levels above junk, on May 6 after putting the nation on review for a downgrade two months earlier, and kept its outlook on the assessment on negative.