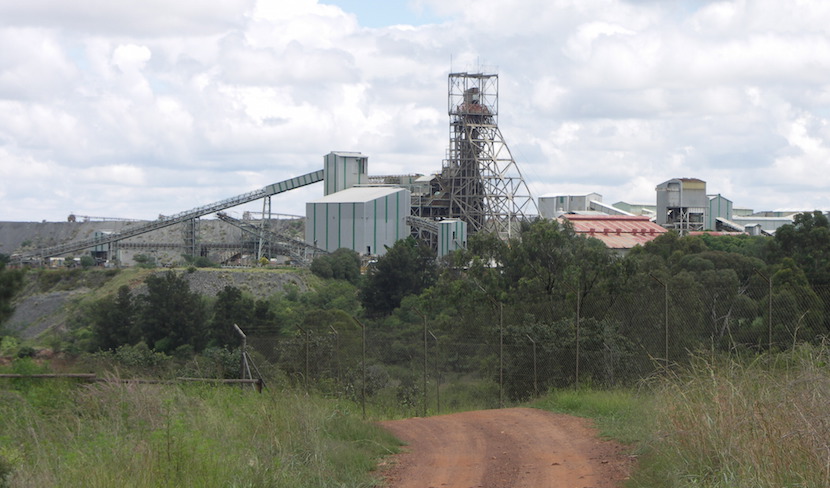 Once lunatics take over the economic asylum, only radical action removes them. And for South Africa, a belief is growing that this will require a Zimbabwean result of economic collapse. Solidarity’s General Secretary Gideon du Plessis dispassionately assesses the ANC’s proposed new Mining Charter, concluding that transformation has now taken precedence over all else. Like a Zambia of the 1960s, the mining baby is very clearly being thrown out with all the suds. To all except the ignorant and the radical, the consequence is sadly obvious. Du Plessis agrees with his counterparts from other trades union that mining does require racial transformation. But this lone voice in the labour wilderness urges this to be done sensibly. Those who drafted the new rules have been cheered on from populist quarters. But the Zambian example shows once the applause dies down, a new reality must be dealt with. More than most sectors of the economy, mining cannot afford economic mismanagement. It requires long-term confidence by investors as revenues are determined by factors wholly outside the control of the operators. Mining needs skills, experience and a deep appreciation of the economics. Overlay a high risk developing country with chronic skills shortages where it matters and outside the asylum, the result of the proposed new Charter is rather clear. But those realities are an anathema to the social engineers. They would have battled to design a more obvious recipe for disaster than the one Du Plessis unpacks for us here. – Alec Hogg

In the past, the Department of Mineral Resources used to consult with all mining role players before publishing the revised Mining Charter on black empowerment for public input. Therefore, it came as a shock when senior officials from the Department in April this year informed the leadership of stakeholder parties that the revised charter would be published in the Government Gazette without prior consultation. Moreover, it was indicated that any party opposing its content would be in conflict with the Department, and that transformation is now a priority even at the expense of good relations.

The Department has radically revised the previous charter, removing for a start, white females and white disabled persons from the definition of what constitutes previously disadvantaged individuals. “Affirmative action” targets have been increased from 40% to 88% at junior management level; 75% at middle management level; and 60% at senior management level. As a rule, black female employees must constitute 50% of all targets.

In its comments submitted to the department, Solidarity’s Centre for Fair Labour Practices pointed out that black females constituted 40% of South Africa’s economic active population and that only 21,1% of black female employees have the engineering and technical skills required for mining. It is therefore, statistically, impossible to comply with those targets. However, if the proposed targets are to be upheld it would ultimately result in companies poaching skilled black employees back and forth from each other to comply with the targets.

Moreover, the Charter is in many respects in conflict with the Employment Equity Act, among others by referring to employment quotas and the national demographics that must be adhered to as employment for employment, while those criteria have been found to be in contravention of the law in many court rulings.

The main thing about the charter that investors find off-putting is the fact that, apart from the current legal battle between the Department and the Chamber of Mines on the principle of “once empowered, always empowered”, mining houses now have to comply with the dictate of 26% black ownership throughout. This requirement is coupled all along with the criteria for employee housing provision and human resource development directives mining houses have to comply with to retain their mining licence.

While the previous Mining Charter specifically emphasised “sustainable development” and “mine safety” as the elements that underpinned it, those elements have been left out of the revised version. This is in line with the Department’s view that every priority must now be given to transformation. According to Anthea Jeffery, Head of Policy Research at the Institute of Race Relations, this is creating uncertainty among mining investors in a sector that is crucial for the success of our economy.

Government did not miss out on the opportunity to impose additional “taxes” either. According to the stipulations of the revised charter, mining houses must now pay an additional 1% of their turnover to a local community development fund and commit 5% of their payroll towards a skills development fund, over and above all the existing taxes, levies and statutory financial obligations already payable.

For example, based on Impala Platinum’s 2015 annual results, the aforementioned levies would have set it back by an additional R784 million, decreasing the company’s profit by 30%. The charter also stipulates that the relevant ministry would manage the aforementioned revenue by means of a trust and trustees, not only resulting in additional state expenditure but also posing capacity problems and challenges to corporate governance.

My colleagues from the populist mining unions embraced the proposed charter from the outset and want to see compliance with it being enforced rigidly. I ask myself whether they realise that the dramatic decline in their membership is largely linked to the rapid decline of the battered mining industry.

If Solidarity’s one proposal, namely that additional levies either be scrapped or that at least an exemption process be built into it in according to which a company which is realising losses could be exempt from those taxes in the interim. Marginal and loss-making mines would have to retrench workers to be able to afford the new levies, and as a consequence of the additional taxes, most mining houses would have to limit their only negotiable expense, namely wage increases, to absorb the cost.

As a consequence entry-level employees, who are supposed to benefit from and be empowered by the charter, will not only have to pay the price for the charter at the negotiating table but their risk to be retrenched also increases. According to the PwC 2016 annual mining report, many mining houses were indeed forced to sell off assets to pay debt.

Given South Africa’s past, the need for black empowerment is understandable and the charter, as it stands, would radically fast-track empowerment – but at a cost. I am anticipating a spate of litigation as a result of the legal flaws in the charter.

Moreover, when engaging with politicians and my trade union comrades the power of ideology makes it impossible to use the argument of “job losses” and “social ramifications” as a known risk the charter poses to a mining sector that is already on the decline.